Nagorno – Karabakh | The mobilization, the UAVs, the air defence and the mistakes that led to the defeat
Defence Redefined
Published on 20/11/2020 at 11:25 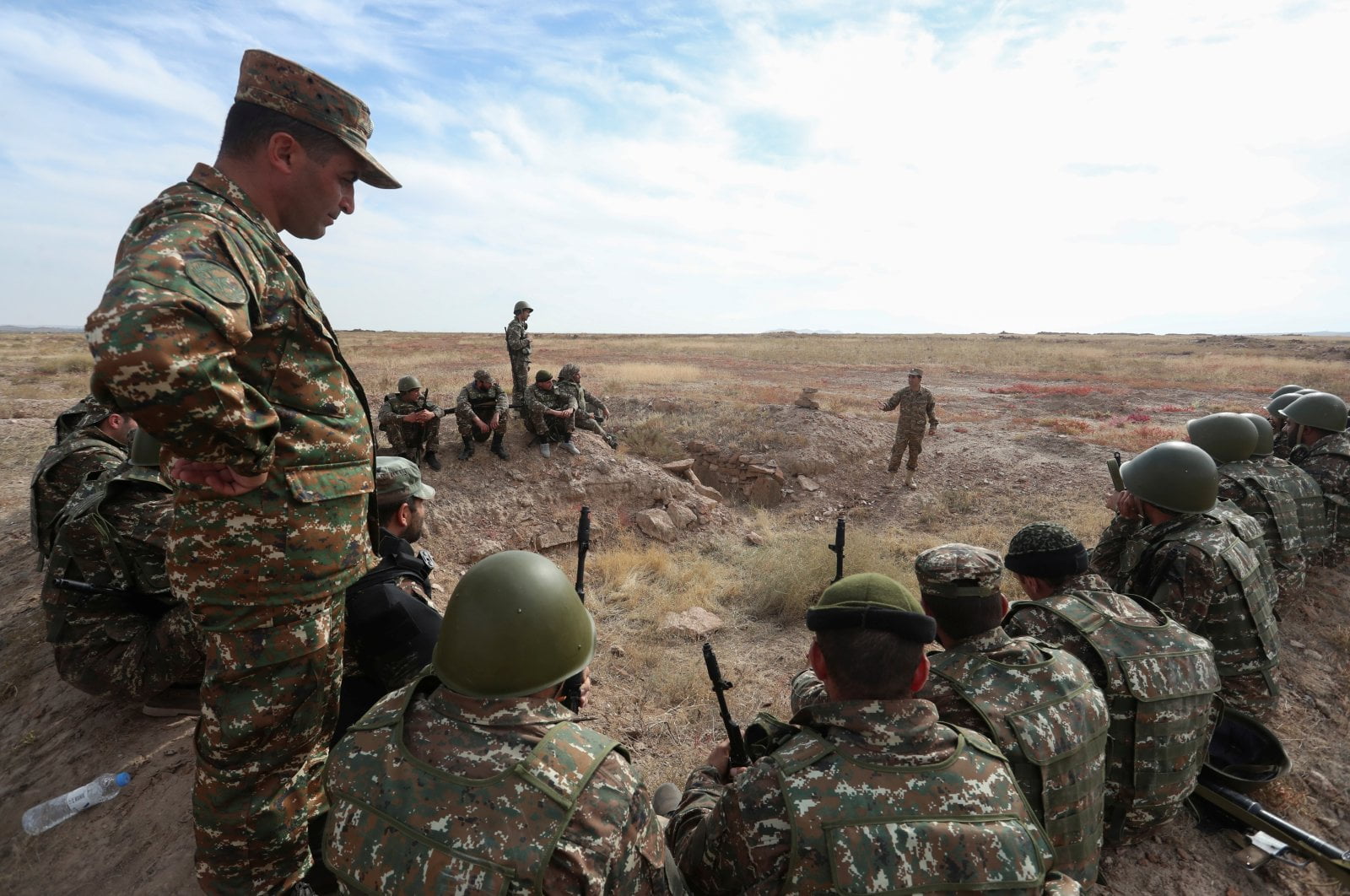 The former head of the Military Control Service of the Armenian Ministry of Defence, Movses Hakobyan, revealed shocking information about the outcome of the recent conflict with Azerbaijan in Nagorno-Karabakh.

Hakobyan, who resigned on November 18, served as Defence Minister of the Republic of Nagorno-Karabakh between 2007 and 2015.

In a November 19 press conference, Hakobyan blamed the Armenian leadership, represented by Prime Minister Nicole Pasinian, who assumed power two years ago, for the defeat in Nagorno-Karabakh.

Hakobyan said the new leadership had failed to mobilize the Armenian army when Azerbaijan launched its offensive in Nagorno-Karabakh on September 27.

“On the third day of war, the mobilization in Karabakh was completed at 78%, in Armenia only at 52%. Besides, with a secret decision 5 regiments were reduced,” Hakobyan said.

According to Hakobyan, the mobilization, which was supposed to be completed in just 40 hours, would change the course of the war.

“From all the functions of the army, this is the most complicated one. It is necessary to be honest and while blaming the political leadership, it is important to say that there are mistakes of military authorities, too. Part of these mistakes are objective and part are subjective. The objective ones are that the areas, where the replenishment was necessary, were seriously shelled from the artillery and the UAVs did not allow it. The commanders were to make operative decisions and change the form of mobilization,” he added.

The former Armenian Defence Ministry official also revealed that, on the third day of the war, Pashinyan had issued a decree to stop the replacement of Armenian forces and sent volunteers on the front lines of Nagorno-Karabakh.

“Crime has been committed on the third day the leadership of the country stopped the mobilization deciding to send volunteers on the front line, I have no idea of the substantiation of the decision.”

“Those, who were responsible for this process, knew that the time would come and they would have to answer for it, so the conversation was recorded.”

The volunteers, who were not sufficiently trained, suffered from a shortage in supplies as well as from a lack of proper communication with their commanders.

“A person who does not have a communication system with the fighting staff, how could he fight? From the very first fight a part was eliminated, the other fled in panic. On the 5th day we had 1,500 who fled, they were isolated aimimg not to return to Armenia and raise panic,” said Hakobyan.

Hakobyan criticized the work of the Armenian Information Center, which ended up spreading lies.

“There is a criterion though that the lie must not exceed 30% of the truth. In our case it exceeded 100%. …  The locals, the guys that were fighting, did not understand why it happened so,” he said.

As for the military situation, Hakobyan revealed that Armenia had disrupted the operations of Turkish Bayraktar TB2 drones over Nagorno-Karabakh for four days with Russia’s Pole-21 electronic warfare system, but the Azeris managed to bypass the system. Hakobyan revealed that Armenia had not used the Su-30SM warplanes to counter Azerbaijani drones due to lack of air-to-air missiles. Production and delivery of these missiles were stopped in Russia.

The former Defence Ministry official criticized the Armenian leadership’s decision to buy more of the aging 9K33 Osa air defense systems, instead of the advanced Tor-M2KM system in 2018. According to Hakobyan, the latest battle in Nagorno-Karabakh proved the 9K33 Osa was useless against combat drones.

Hakobyan went on to reveal that Armenia had used the Russian 9K720 Iskander short-range ballistic missile system during the battle, without giving further details.

The former official concluded his statements by saying that Russia had helped Armenia in every possible way and even supplied local forces systems that they had “never dreamed of”.

Hakobyan’s statements are yet another testimony against Pashinyan and his government, which led Armenia to a historic military defeat. Hakobyan also said that Pashinyan had behaved inappropriately towards Russia, to which he ran for help when Azerbaijan was about to take control over Nagorno-Karabakh.