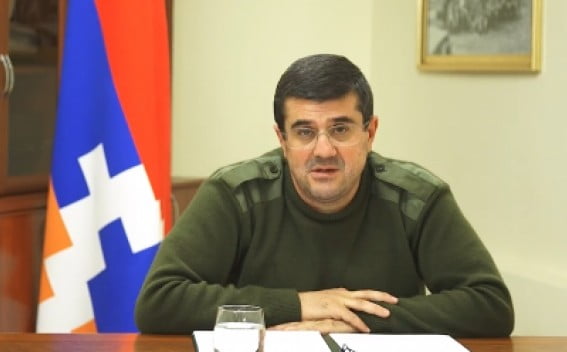 The Prime Minister of Armenia, Nikol Pashinyan, signed an agreement, which he described as “painful”, to end the armed conflict in the enclave of Nagorno-Karabakh. In the early hours of this morning, on his Facebook account, Pashinyan confirmed that “I have signed a joint statement with the presidents of Russia and Azerbaijan on ending the war in (Nagorno-Karabakh)”, referring to it as “unbelievably painful for me and our people.”

On his part, Azerbaijani President Ilham Aliyev announced that he had signed a tripartite agreement with the leaders of Armenia and Russia, which provides for an end to the armed conflict in the Nagorno-Karabakh enclave. The tripartite agreement is a “milestone in resolving the conflict,” Aliyev said in a statement after meeting with Russian President, Vladimir Putin, whom he personally “thanked.”

“I am very pleased that today the long-lasting conflict between Armenia and Azerbaijan is being resolved, the occupation of Azerbaijani territories is coming to an end,” Aliyev said. The Azeri President described the agreement as historic, assuring that it would end the bloodshed and lead to lasting peace.

Russia’s Defence Ministry has announced that it has begun deploying 1,960 troops in the Nagorno-Karabakh enclave that will play a peacekeeping role. These forces are already being transported from Russia to the war zone following a tripartite agreement signed by Russian President Vladimir Putin, Azerbaijani President Ilham Aliyev and Armenian Prime Minister Nikol Pashinyan. President Putin has confirmed that a Russian peacekeeping force will be deployed along the front line in the Nagorno-Karabakh enclave to monitor the implementation of the ceasefire, following a tripartite agreement signed with Armenia and Azerbaijan.

Putin added that he hoped that the agreement signed “would create the necessary conditions” for a “long-term and complete solution to the crisis” in Nagorno-Karabakh. According to the Russian President, the ceasefire entered into force yesterday at 23:00 (Cyprus time).

President Aliyev said not only a Russian but also a Turkish peacekeeping force would be deployed in Nagorno-Karabakh to monitor the ceasefire agreement. “Both Russian and Turkish forces will be involved in the peace operation in the enclave,” the Azeri President said.

Also read: Nagorno – Karabakh Armenian defense at a disadvantage – Situation on the battlefield

On his part, the Armenian President of the Republic of Artsakh, Arayik Harutyunyan, explained the reasons under which Armenia was forced to sign the treaty.

According to him, the battles took place up to 2 to 3 kilometers from the capital, Stepanakert, and that there was a great risk of losing the whole of Artsakh. He briefly

⁃ I don’t know how history will evaluate decision, but we were forced to make it

⁃ The fighting took place 2-3 kilometers from Stepanakert. If not for this decision, we would have lost the whole of Artsakh, we would have had many more losses

⁃ Recently, we managed to solve the problem of drones, but on the last day, the opponent again managed to use their UAVs and deliver heavy blows. All of us, all the leaders, must answer for the fact that we had such a problem

⁃ We were forced (to make this decision) so that there would be no more losses. We fought against the forces of 8 countries

⁃ Our most important problems were internal discord and panic

⁃ I have spoken with representatives of the elite, including Bako Sahakyan, Arkady Ghukasyan, Vitaly Balasanyan and others, and they are all ready to cooperate and work with us. We are consulting with them

⁃ Everyone said that a temporary or final truce was inevitable. Otherwise, we would have lost all of Artsakh in a matter of days. There were no resources to continue fighting

⁃ We don’t need a civil war. I call for calm and joint work

Also read: Nagorno – Karabakh The latest developments in the city of Sushi – The fighting continues – VIDEO

Protests and episodes in Yerevan:

Crowds of protesters stormed the Armenian parliament in Yerevan today, denouncing the Nagorno-Karabakh ceasefire agreement signed with Azerbaijan and Russia, which appears to ratify military rule.

Thousands of angry protesters gathered around the Armenian parliament after the news of the signing of the agreement was spread and hundreds of them stormed the building, smashed windows and caused extensive damage inside the parliament, reports a French journalist.