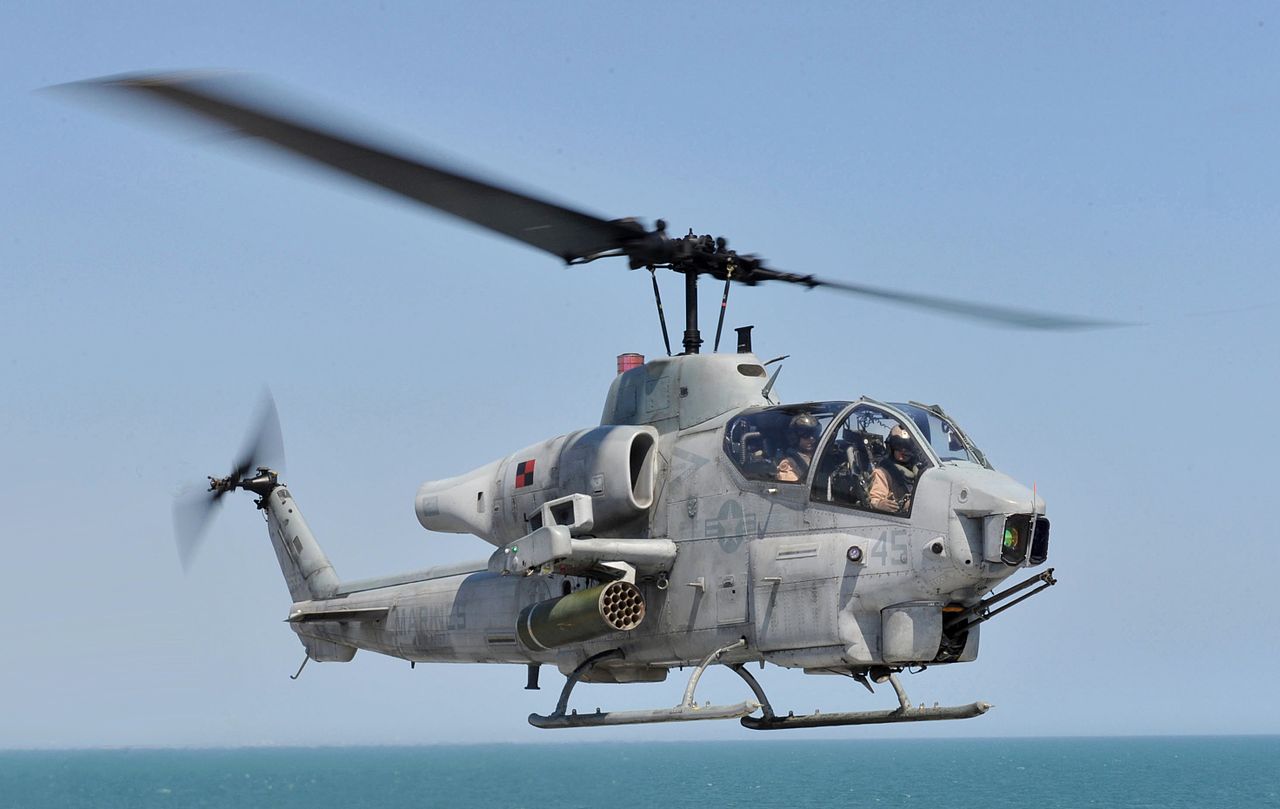 The curtain has come down for a legendary helicopter of the US Marine Corps. Bell’s AH-1W Super Cobra has officially retired from the Marine Corps after three decades of service involving combat operations such as the “Desert Storm”, “Iraqi Freedom” in Iraq and “Enduring Freedom” in Afghanistan. The successor to the Super Cobra will be the AH-1Z Viper which has already served with the AH-1W in the Marine Corps.

Also read: Qatar seems to be the first recipient of the impressive 6th Apache AH-64E version

The official withdrawal ceremony took place at the Naval Air Station Joint Reserve Base in New Orleans, Louisiana, on October 14, 2020. As part of the ceremony, the last official flight of the AH-1W Super Cobra took place under the name “Whiskey Sundown Ceremony”.

As the Marine Corps’ top attack helicopter, the history of the Super Cobra included 933,614 flight hours (as of August 2020), according to a service press release.

“Although the AH-1W chapter is closing, the AH-1Z Viper stands ready with even greater capability to support our Marines for years to come. We are tremendously proud of the capabilities the AH-1W has brought to the US Marines for the past 34 years,” added Michael Deslatte, H-1 Bell Program Manager.

The legendary AH-1 twin-engine first flew in 1969 and was successfully used in the Vietnam War. The Super Cobra version was launched in 1986.

The upgrades of the AH-1W enabled it to gain night and infrared vision for all-weather day and night operations.

Typically, the AH-1W and now the AH-1Z Vipers, are developed in parallel with the UH-1 in Marine ranks. These units specialize in close air support, reconnaissance and even air interception using Sidewinder.

It should be noted that according to ptisidiastima.com, Turkey has previously procured 10 AH-1Ws and 32 from the US Army which were then upgraded to AH-1F. The Hellenic Air Force may consider the scenario of acquiring a number of Super Cobra, as was the case with the acquisition of the equipped Kiowa Warriors helicopters.

For information from: thedrive.com, ptisidiastima.com