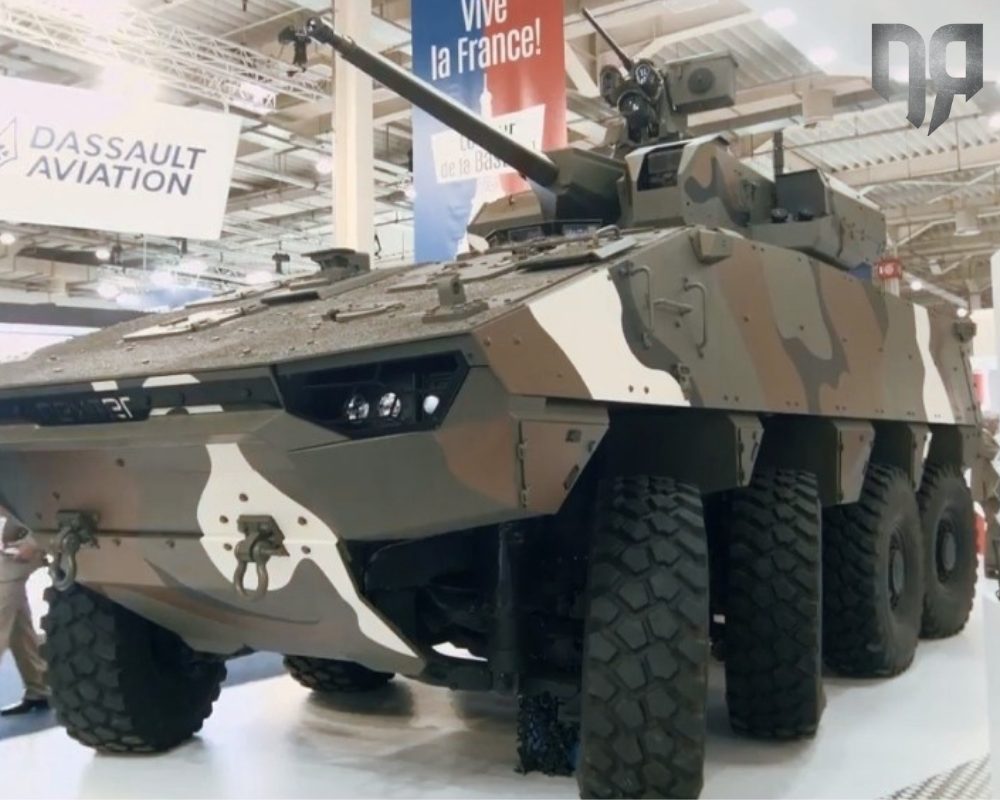 According to Nexter, the said system (Véhicule Blindé de Combat d’Infanterie, VBCi) meets the requirements of the Greek Army in terms of mobility, protection, modularity, and firepower. “Philoctetes”, the name Nexter chose for this system, refers to the mythological Trojan War hero, illustrating the system’s Hellenic orientation. 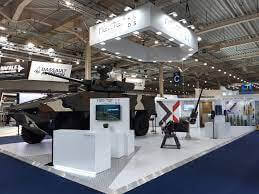 The VCI 8×8 Infantry Fighting Vehicle version has a combat weight of 26t and accommodates the gunner, the driver, and a combat team of eight troops as well as a commander. The troops can rapidly embark or disembark from the power-operated ramp door at the rear of the vehicle.

The vehicle shall operate in high-intensity operations accompanying the main battle tanks. The armor can neutralize a range of threats, including fragments from 155mm shell shrapnel and small- and medium-caliber shells (e.g. mortars). Further, the welded steel and aluminum alloy hull is fitted with spall liners and an add-on titanium armor plate to protect against anti-tank weapons, while the box structure floor and running gear provide protection against mines. 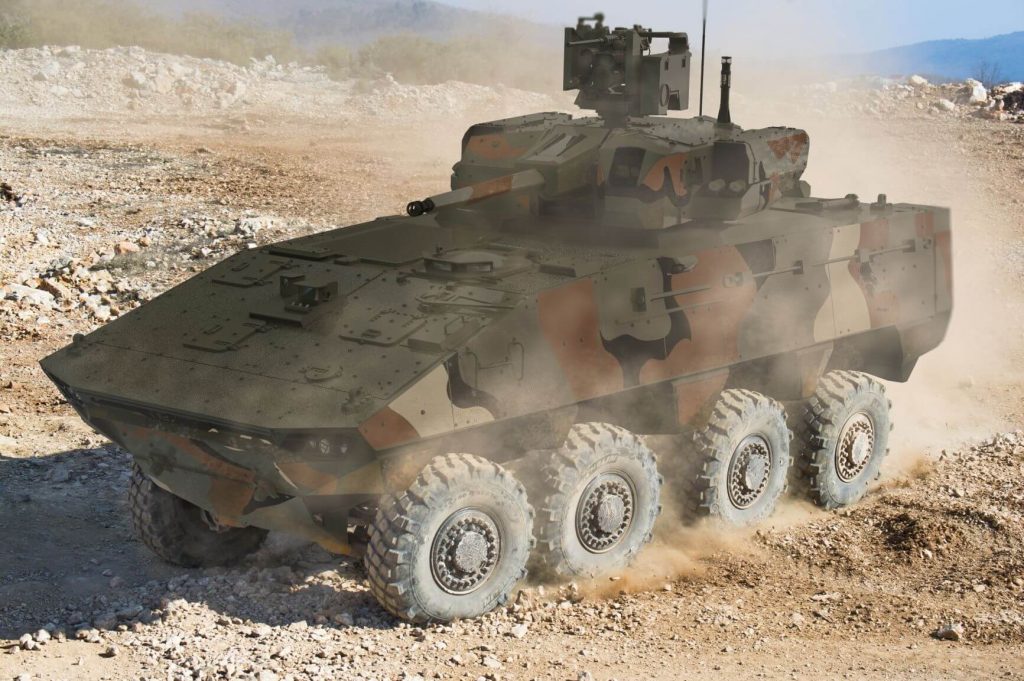 The VCI vehicle is fitted with a one-man Nexter Dragar turret armed with a dual feed 25mm Nato cannon type 25 M811 with 150 rounds in the turret and a coaxial 7.62mm machine gun. The cannon features a 24V electric engine and a refueling capability.

The cannon fires in a single round, three rounds, ten rounds, and free burst firing modes with rates of fire at 125 rounds a minute and 400 rounds a minute. The vehicle is also equipped with the LIRE infrared decoy system and smoke grenade launchers.

In its Greek version, the vehicle is armed with a remotely operated 40mm cased telescoped (CT) turret from CTAi and a medium-range missile launcher (MMP) from MBDA. 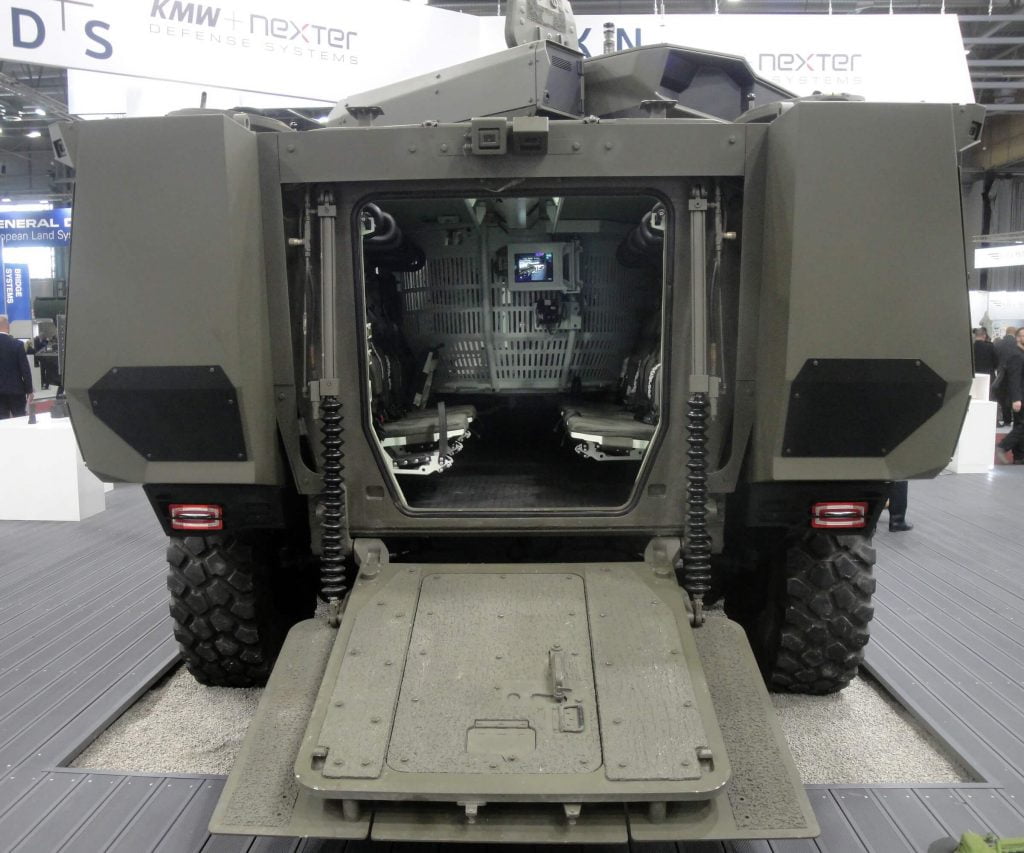 The 550 hp diesel engine with an automatic gearbox is installed in the front right of the vehicle. In-line transmission is by four central axles protected by armored housings. The exhaust gases are diluted to reduce the infrared footprint of the vehicle. The vehicle can reach speeds over 100km/h on metalled roads and has an unrefueled range of 750km, while it is air transportable on an Airbus A400M.

The vehicle has demonstrated maneuverability in rough terrain over obstacles such as 60° forward slope, 30° side slope, 2m trench, and 0.7m steps. It can be driven with seven wheels if a wheel is lost by a mine explosion. Fording is possible in depths between 1.2m and 1.5m.

On July 20, the vehicle was unveiled with a static demonstration to the personnel of the Hellenic Army General Staff at “Georgios Melidis” military camp.