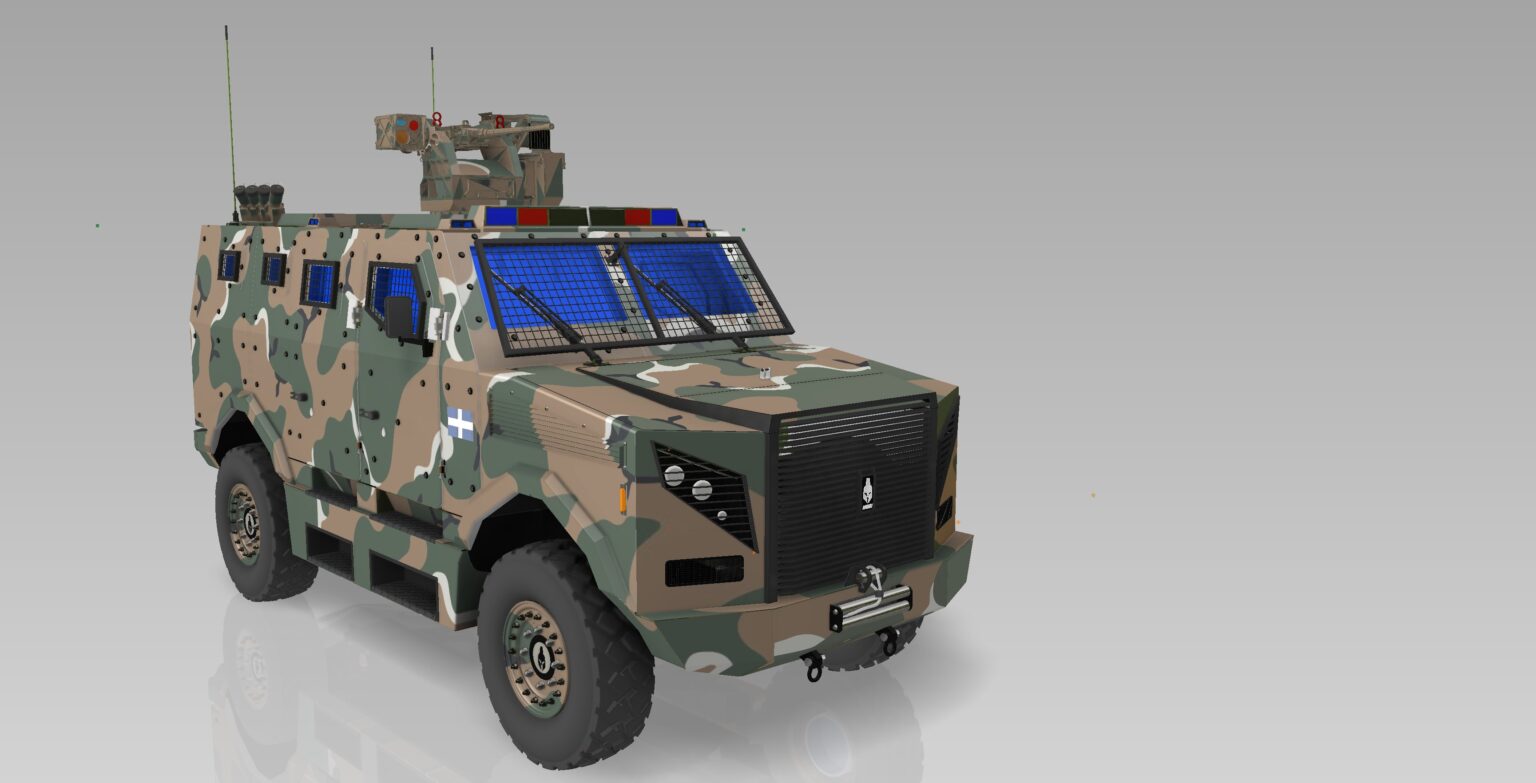 The Multipurpose Armored vehicle HOPLITE, of the Greek company EODH, was officially presented at the General Army Staff (GES) and the General Staff of National Guard (GEEF), according to greek media. 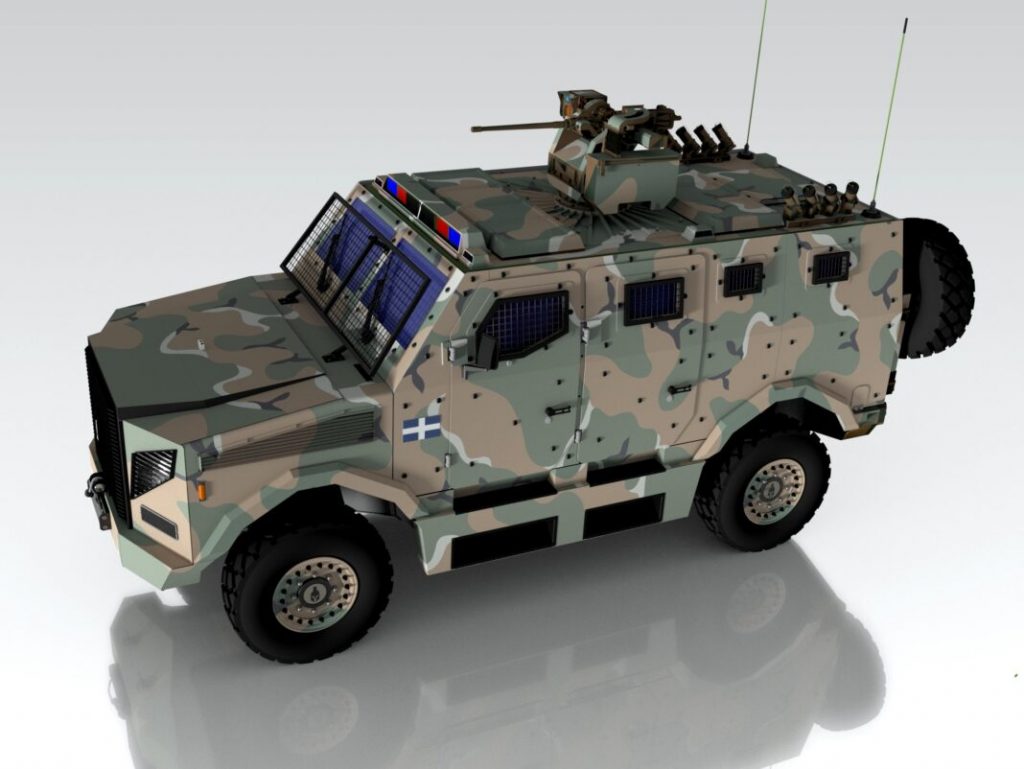 According to the reports, the HOPLITE armored vehicle (4 × 4) was developed with EODH resources to cover national and international needs in multi-role armored vehicles. It is a new generation vehicle with modular design and high performance, suitable to meet both military and security forces requirements.

The new design aims to create a basic platform with a maximum gross weight of 12 tons with a payload of 2 tons, easily adaptable to different roles, with the main features of high reliability and operational readiness as well as the lowest possible requirements in Logistics, high survival and the ability to conduct operations under any conditions.

EODH claims that the final product is offered at a perfectly reasonable cost and without compromising on comfort, safety and ergonomics for the crew and the rest of the personnel.

Also read : “Leonidas” APC | Upgrade to IFV with a proposal from EODH EODH

In the critical area of protection – survivability, which also represents the field of specialization for EODH, the Greek company has paid particular attention to:

Also read: SignalGeneriX | Huge leaps in the field of the Cyprus Defense Industry

In terms of armament, the vehicle can be equipped with a Remote Control Weapon Station (RCWS) armed with a heavy machine gun (M2HB) stabilized in two axes. The gun can also be equipped with night vision sights and has an ammunition pot of 500 rounds.The total weight of the system is 250kg. Alternatively, a 40mm automatic grenade launcher or a light or medium machine gun can be installed.

In addition, it has 2 quadruple 76mm smoke grenade launchers on the roof.

The technical characteristics of the vehicle are the following:

To date, EODH has completed the design and development phase and proceeded to build a prototype for the necessary testing and certification based on European and NATO standards. The next step is the construction of a second prototype, which will have the final configuration as agreed in collaboration with the user and will incorporate, as far as possible, selected and certified Greek-made subsystems. This will be followed by a series of tests and certifications on the part of the user, the restoration of any observations and then it will be ready for serial production.

This will be followed by a series of tests and certifications by the user, the correction of any observations and then the vehicle will be ready for serial production.

Also read: The Hungarian Armed Forces in a joint venture with Rheinmetall for the production of Lynx – VIDEO