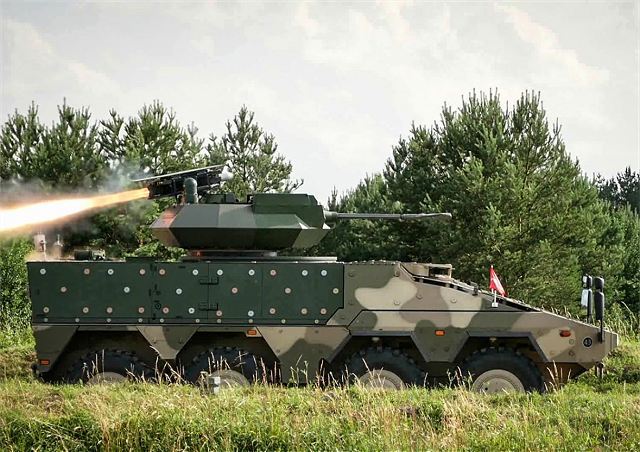 The last shipment of Spike LR anti-tank missiles for the Vilkas Infantry Fighting Vehicles (IFVs) of the Lithuanian Armed Forces has been delivered. The acquisition contract for the Spike LR missiles was completed and implemented by the NATO Support and Procurement Agency (NSPA) through cooperation with the international organisation OCCAR that executed the project.

The Vilkas IFV is a variant of the Boxer armoured fighting vehicle developed by the German manufacturer Artec in accordance with the requirements of the Lithuanian Armed Forces. The vehicles are equipped with an Israeli-made turret, which carries the American-made Mk.44S 30mm chain gun, and Israeli Spike LR anti-tank missiles, on top of other specialized electronic systems.

Lithuania is a member of the NSPA Boxer maintenance and supply program, which safeguards a proper logistical provision for Vilkas IFVs. The country will also have access to collective stocks of IFV spare parts, main equipment maintenance capabilities, technical and engineer support, etc.

According to the € 385.6 million contract signed in 2016 by the IFV manufacturer Artec and the Organisation for Joint Armament Cooperation (OCCAR), the delivery of all 88 Vilkas IFVs purchased from Lithuania will be completed by the end of 2021. The serial production of vehicles for the Lithuanian Armed Forces commenced after a year of intensive testing in training areas and testing centers in Germany and the Netherlands.

Rheinmetall has a 64% stake in the joint venture. The Boxer program is coordinated by the Organisation for Joint Armament Cooperation (OCCAR), a European intergovernmental organisation.