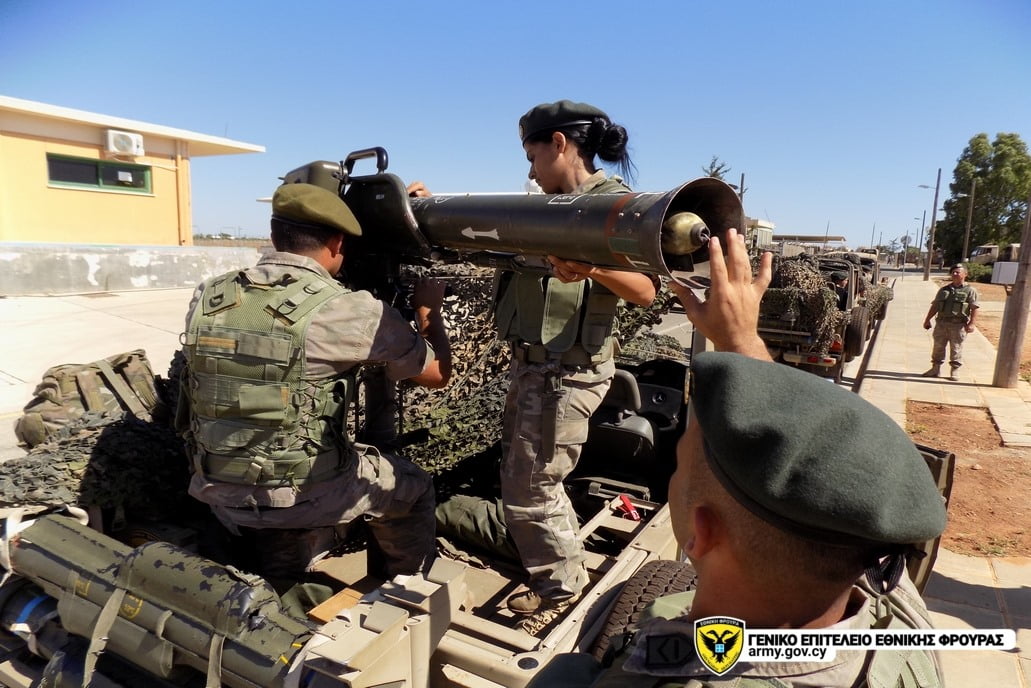 The National Guard is considering the acquisition of state-of-the-art anti-tank guided (ATGM) missiles to strengthen its anti-tank arsenal.

According to information on our page, the acquisition of state-of-the-art anti-tank weapons is high on the priorities of the multi-year armament program of the General Staff of the National Guard (GEEF) and developments are expected soon.

The potential choices of the National Guard for the acquisition of modern anti-tank systems come from both the European market and neighboring Israel.

One option is the MMP system of the French company MBDA (which previously supplied the National Guard with the MILAN and HOT AGTMs) and the SPIKE system of the Israeli RAFAEL.

The 5th generation MMP anti-tank guided missile has the capability of fire-and-forget with a multi-purpose warhead and is going to replace the MILAN and JAVELIN anti-tank missiles of the French Army. The system can be used either from dismounted infantry as well as from combat vehicles’ integrated launchers and small naval crafts.

Technical characteristics of the MMP missile:

It is recalled that the MMP is the basis of the MBDA proposal selected in the LynkEUs program of the European Industrial Development Program (EDIDP) concerning the BLOS (Beyond Line of Sight) battlefield engagement capability.

The project coordinator is the French MBDA and the 11 partner companies come across five (5) countries, including Cyprus.

The SPIKE missile family is used by 33 countries and the system is combat proven.

A SPIKE 5th generation missile, with similar capabilities (to that of MMP), is the SPIKE LR II version. This missile is also fire-and-forget and features among others a multi-purpose warhead. The SPIKE LR II can be used by dismounted infantry as well as from combat vehicles’ integrated launchers, naval crafts and helicopters.

If the acquisition of 5th generation anti-tank missiles is realized, then the deterrent power of the National Guard will increase dramatically, as these are smart, state-of-the-art weapon systems that carry out destructive blows on enemy forces. The effectiveness of modern 5th generation ATGM was demonstrated during the recent Nagorno-Karabakh conflict.

In any case, the armament program of the National Guard should be oriented towards the acquisition of smart weapons for all the three Branches of the Armed Forces.