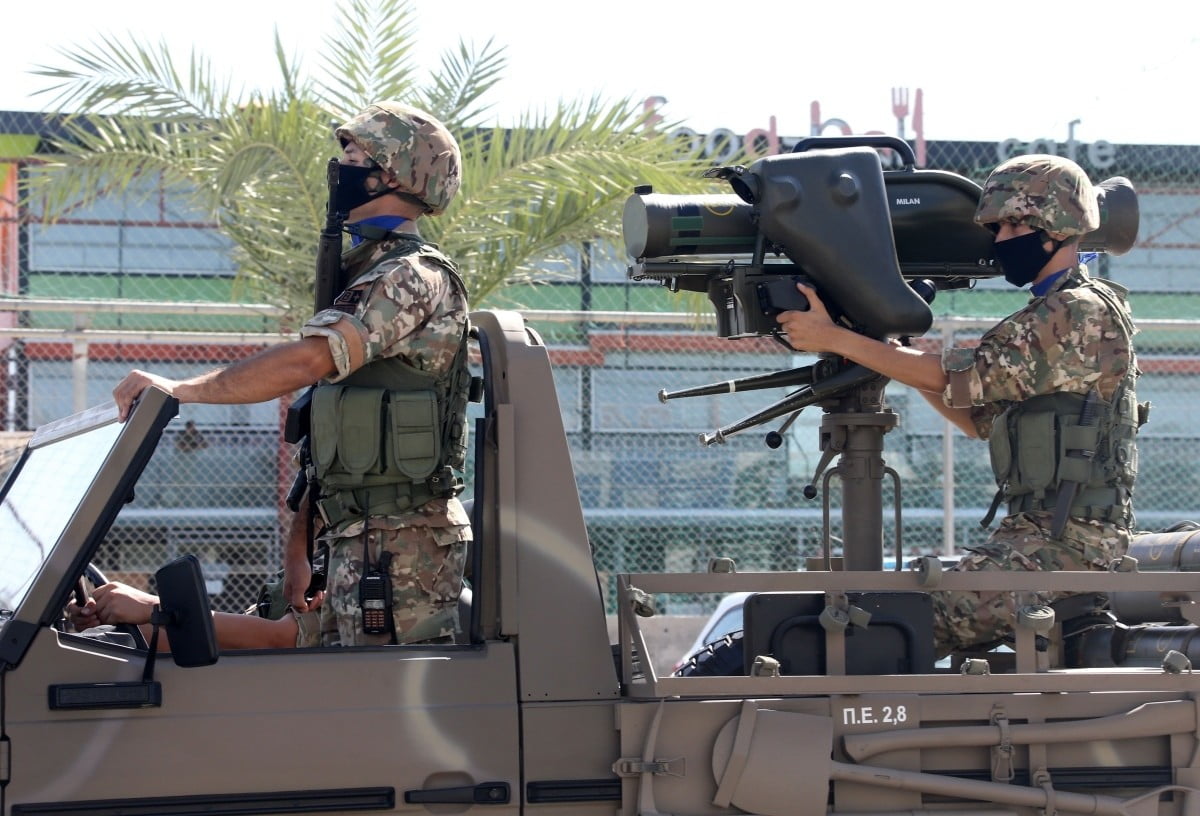 The “European Researcher’s Night” aims to familiarize the public with the world of science and research and at the same time to strengthen the public image of researchers as well as highlight the important role they play in society. More than 1,500,000 visitors take part in the science and research celebration that is held each year in over 350 cities all over Europe. This event, which has been established at a pan-European level since 2005, is an initiative of the European Commission and is funded through the Marie Sklodowska Curie Actions (MSCA) of the EU Framework Program for Research and Innovation.

The “Researcher’s Night” has been organized in Cyprus since 2006 by the Research and Innovation Foundation, in collaboration with the main actors in the research and innovation arena (Public and Private Universities, Research Centers, Non-Governmental Organizations, Enterprises, etc.).

Dozens of virtual stands of technological institutes, universities and scientific institutes took part in the “Researcher’s Night”, on Friday, November 27, including the Ministry of Defence (MoD) of the Republic of Cyprus. The MoD participated for the first time in order to showcase the Ministry’s policy on research and innovation in defence and security.

The goal of the Ministry of Defence is to develop a culture of research and innovation through the “reflection, experimentation, evaluation, selection, implementation, benefit assessment” cycle. It also aims to produce exploitable innovation products in defence and security, to participate in international partnerships and to benefit from financial opportunities.

In its presentation, in the “Researcher’s Night”, the Ministry of Defence presented the proposals in which it participates within the framework of the EU HORIZON 2020 program, focusing mainly on dual use technologies.

The Ministry of Defence participates as a partner in the ongoing ISOLA project – Innovative & Integrated Security System on Board Covering the Life Cycle of a Passenger Ships Voyage. This is a project aimed at creating tools and services (utilization of sensors) which enhance the safety of a ship.

The project, which deals with issues of technology development for ship safety, has started from Sep 23, 2020, it has a duration of 36 months and a total eligible budget of € 7,006,081,25. The coordinator of the project is the French Airbus Defence and Space sas.

The Ministry of Defence also participates as a partner in the Mari – Sense project (Maritime Cognitive Decision Support System) through the RESTART Program 2016-2020, which is the current multiannual development framework of Programs for Support of Research, Technological Development and Innovation in Cyprus.

In the presentation of the Ministry of Defence, reference is also made to the European Defence Fund (EDF), which has been included in the new multiannual financial program of the European Union 2021-2027 where it is expected that 7,014 billion will be allocated for research and development in the field of defence.

The presentation of the Ministry of Defence focuses on the European Defence Industry Development Program (EDIDP), in which Cypriot companies participate. For their participation they will receive funding of € 3.5 million. The Ministry of Defence will finance these 5 programs with € 205,000 euros. For the year 2020, 14 proposals have been submitted for approval by the Cabinet.

Details of the programs in which Cypriot companies participate:

The program, coordinated by Hellenic Intracom Defence, will last 45 months at a cost of € 9,698,195,00 of which € 8,779,380,00 will be funded by the European Union. The Cypriot companies participating in the program are SIGNAL GENERIX LIMITED, CY.RIC CYPRUS RESEARCH AND INNOVATION CENTER LTD and GEOIMAGING LIMITED.

The cost of the program, coordinated by Hellenic Intracom Defence, amounts to € 3,907,724,00, a cost that will be fully covered by the European Union. The Cypriot company participating in the program is SIGNAL GENERIX LIMITED.

DECISMAR – The Decision Support Toolbox (DSTx) will provide a dynamic and interactive approach for conducting feasibility studies which aim to support the upgrade of maritime surveillance under the scope of both the current and future designated High Level Operational Requirements (HLORs) of the Permanent Structured Cooperation (PESCO) project entitled “Upgrade of Maritime Surveillance”.

The project coordinated by Hellenic ETME PEPPAS will have a duration of 24 months and the cost will be € 7,859,740.00 of which € 7,499,740.00 will be funded by the European Union. The Cypriot company participating in the program is SIGNAL GENERIX LIMITED.

LynkEU – LynkEU aims to build a common European Beyond Line Of Sight (BLOS) anti-tank capability. In the tests, the missile will be fired from the turret of an armored vehicle with targeting data from an unmanned aerial vehicle (UAV). The coordinator of the project is the French MBDA and 13 companies from five (5) countries participate, including Cyprus.

The budget is € 6.6 million (European funding amounts to 97%). The Cypriot companies participating in the program are THE CYPRUS INSTITUTE, ADITESS LTD and SIGNAL GENERIX LTD.

PANDORA – The objective of the PANDORA project (Cyber Defence Platform for Real-time Threat Hunting, Incident Response and Information Sharing) is the design and development of a cyber platform for the early detection and prevention of threats. Greece, France, Portugal, Austria, Hungary, Spain, Belgium participate in the program which lasts 24 months. The coordinator of the project is Space Hellas SA and 15 companies participate.

The budget is € 7.6 million (European funding is around 90%). The Cypriot company participating in the program is UBITECH LIMITED.

The objectives of the “ATHENA-2019” action focused on:

Nine proposals were submitted in the Athena call of which the following two were selected for implementation:

This is an original project for Cyprus, which was implemented on the 1st Cybersecurity and Cyber Defence Marathon 2020 by two officers of the National Guard with great potential for improvement.

This innovation as you can watch in the videos below will contribute to the training of personnel, as anti-tankers will be able to be engaged in a simulated environment by performing virtual shots on fixed or mobile targets.

An indicative feature of this innovation is that shooters can be trained and evaluated on stability, speed and accuracy at the same time.

This is an interactive tool for calculating mortar shooting. It was implemented by National Guard officers and is already used in practice with excellent results. The program is compatible with IOS & Android laptops (tablets).

The team of the National Guard with the name EXOCOETIDAE (the name of Flying Fish) “shared” the 1st place on the 1st Cybersecurity & Cyber ​​Defence Marathon 2020. The team proceeded to the development of an original device for dealing with malicious USB devices on three levels (application layer, firmware, physical layer) practically showing the implementation of their idea first by detecting the malware and afterwards by destroying the USB.

Also read:The Steering Board of the European Defence Agency examined the development of EU Defence Capabilities 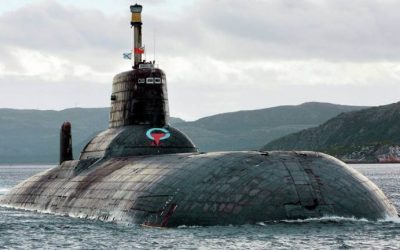 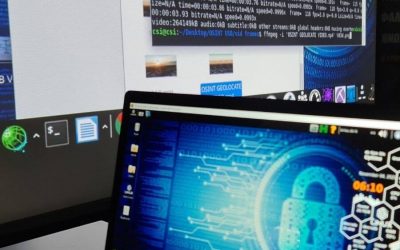 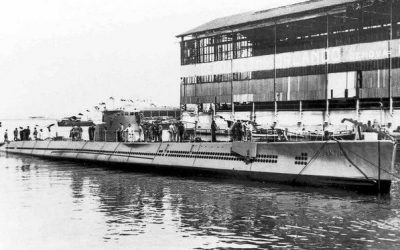