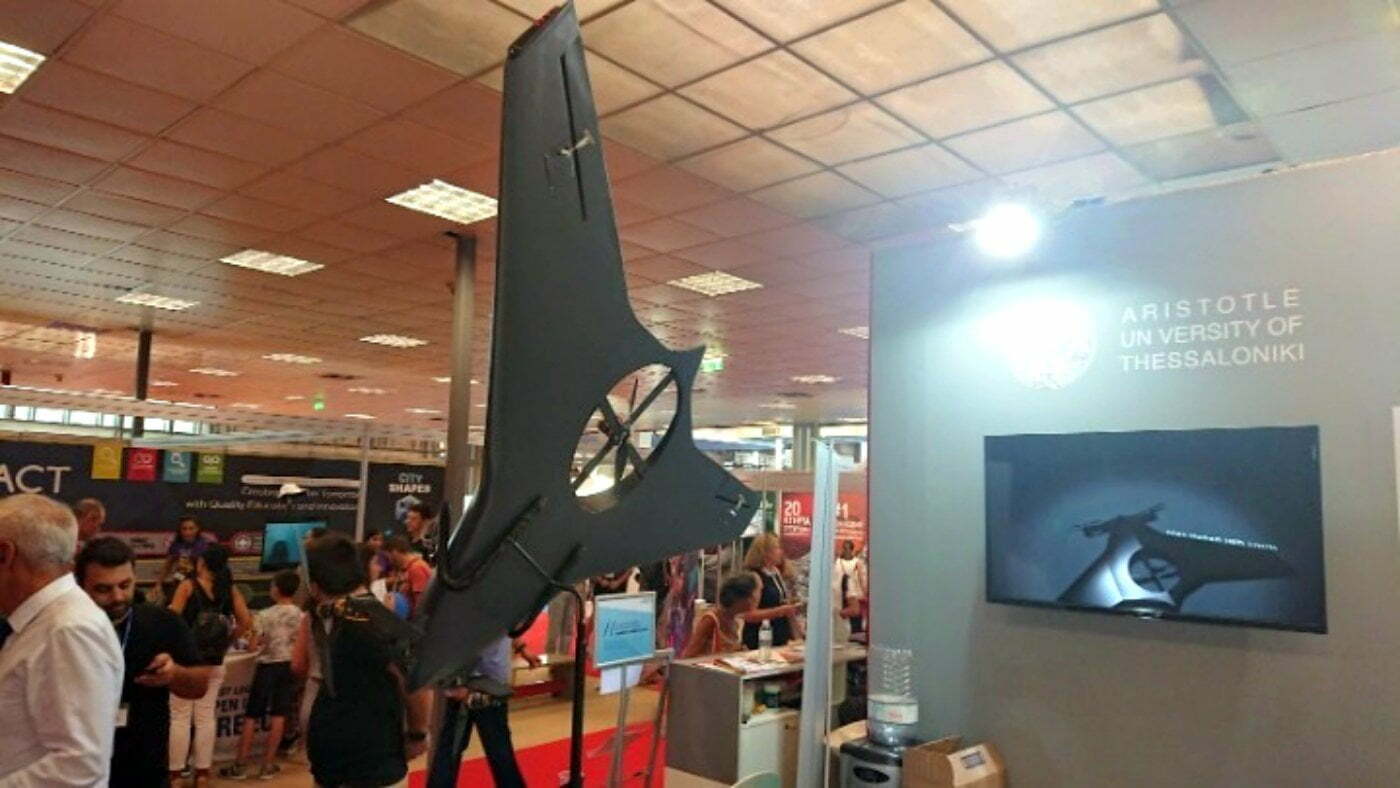 The Aristotle University of Thessaloniki will participate in a pioneering program of Unmanned Aerial Vehicles (UAVs or drones). This is “Project Lotus”, which is considered “a great success for Greece”, as Kyriakos Yakinthos, professor of the Department of Mechanical Engineering and Director of the Fluid and Turbine Engineering Laboratory of the Aristotle University of Thessaloniki at the Center for Interdisciplinary Research and Innovation (KEDEK), explains to the radio station of the Athenian-Macedonian News Agency “104.9 FM”.

“We have created (as AUTh) a consortium to design and manufacture an Unmanned Aerial Vehicle, which will carry out surveillance and intelligence gathering missions in general. It is a program coordinated by the Greek company Intracom Defense, in which a total of many other Greek, Cypriot, Spanish and Dutch companies participate,” said the professor of AUTh.

According to Mr. Yakinthos, Greek companies are involved in “Project Lotus”, which will undertake the manufacturing of the boat and the drone wings, the Autopilot system, the electronics, etc., resulting in a top percentage of participation in this process for our country, throughout its duration. “The production will take place in Greece. The Greek percentage in the manufacturing process will be over 80%,” the professor points out.

Also read: The Greek THEON Sensors in a competition of the French MoD

Greece is on the cutting edge technology of drones

“With the specific program and the idea that we had, developed and presented, we came out first. First, in fact, above other very large European companies. We achieved this because we had many innovations in our proposal,” says Mr. Yakinthos noting that in addition to the Department of Mechanical Engineering and Electrical Engineering of AUTh, the University of Patras also participates in the project.

“We, as AUTh, will design the specific drone, which will have innovations on it that were evaluated very positively by the EU, while the University of Patras will design the so-called Swarm Management Algorithms,” said Mr. Yakinthos. He also described how, in essence, two types of drones will be manufactured as part of “Project Lotus”. One will be Mothership – “the big drone that will be designed by the AUTh” – while the other will be a much smaller one that will be manufactured in large numbers and will work in combination with the big one, like smaller birds in a migratory swarm!

“It is a great honor for us to design this, the largest drone as well as the small UAVs that will be inside the boat. In the design of the project we have included the Greek companies that will participate in the manufacturing process. One of these companies, the one that will manufacture it, is based in Northern Greece,” pointed out the professor of the Department of Mechanical Engineering of AUTh.

Regarding the design philosophy, Mr. Yakinthos explained that the “mothership” will be a “large and heavy drone with 8 to 9 meters wing width”.

“With ‘Project Lotus’ we’ve managed to strengthen this important ‘triangle’ – Armed Forces, Industry and Research Institutions – something we’ve wanted for years. Greece, in a competitive context, submitted four proposals as a coordinating country and we got all four,” he stressed.

The schedule and possible uses

“They are drones that will fly for, among others, surveillance and humanitarian missions. They have been designed based on the requirements of our country and can be used in other things from there and beyond,” stressed Mr. Yakinthos, answering the question about the range of missions that the new drone can cover with the smaller ones … his ‘flying assistants’.

The completion period of ‘Project Lotus’ has been set as 45 months and will be evaluated by the Greek as well as the Cypriot Ministry of Defence.

“The top specifications of the manufacturing of all subsystems of ‘Project Lotus’ make it tempting for further sales to interested parties, beyond Greece”, he explained, emphasizing that additional profit for AUTh are also the rights from the drones that will be manufactured for other interested countries.

“The AUTh will also collect rights for each drone that will be manufactured. The money will then go to the needs of the university itself such as equipment, rooms, etc.,” concluded Mr. Yakinthos.