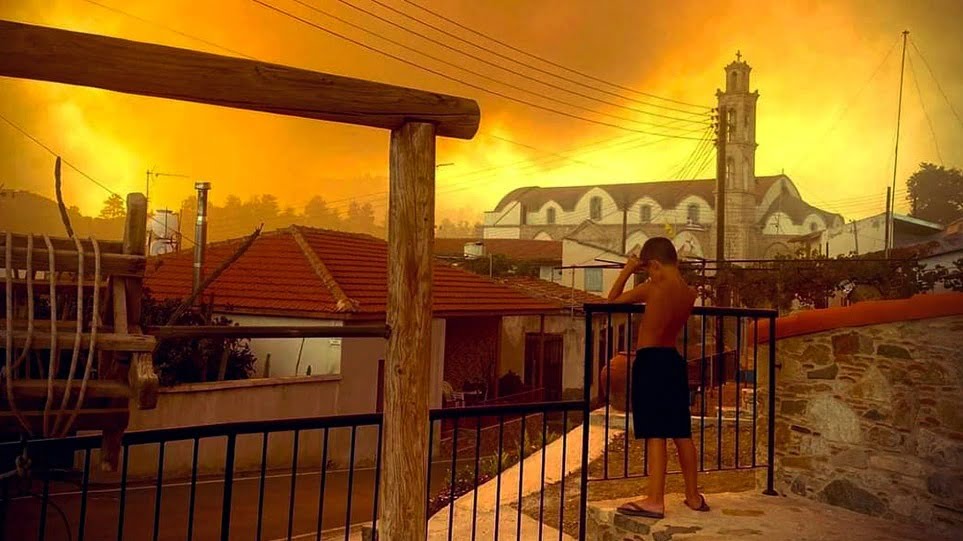 It is now evident, even after last weekend’s deadly fire – the largest fire in the history of the Republic of Cyprus – that the state priorities do not entail the security and protection of either the island or its citizens.

The facts prove that the catastrophes of the past did not suffice so as to change the decades-long mentality according to which the government was not interested in drastically strengthening Cyprus’ Security Forces. Rather, the government only found recourse to half measures and “transitional” solutions.

Specifically, according to an article in the newspaper “Phileleftheros”, for just 1.5 million euros, the Audit Office overturned the plans to establish a Coordination Centre with great potential. Such a Centre would take over each major incident and would be responsible for giving instructions to the fire service, to either the air or ground firefighting means. The said Centre would have the capability of transmitting live satellite images for full awareness of the situation, via televisions, digital maps, etc. The tender, amounting to 1.5 million euros, was never approved because the Audit Office considered it costly. In fact, efforts were made to establish a smaller, cheaper center, even though the plans never went ahead.

Also read: Voting of legal framework for the autonomy of the Fire Service is underway

The establishment of the rescEU program based in Cyprus, in which Greece, Italy, Portugal, Spain and countries in the region such as Israel, Egypt and Lebanon participate with aerial means in order to tackle rescue but also firefighting incidents was not implemented. Thus, Cyprus was left with the aircraft at its disposal, without acquiring firefighting planes or becoming the basis for rescEU. In fact, judging by the result and given that only Greece and Israel responded to the call of Cyprus in time, the rescEU program cannot benefit Cyprus.

The general view that Cyprus should purchase large Firefighting Aircraft with more capabilities than the existing Air Tractors is both correct and reasonable, but it is a costly investment with high annual maintenance costs. However, beyond that, there are plenty of options for purchasing equipment that can effectively contribute to the work of the Fire Service.

Briefly looking at open sources, it is easy to comprehend that the fight against forest fires has changed and Cyprus is lagging behind in yet another sector. Unmanned ground-based all-terrain firefighting systems moving on tracks can now fight fires in the most inaccessible places, even at a distance of 300 meters.

The modernization of the existing Firefighting Vehicles is also considered of utmost importance as it has been proven many times that in case of strong winds, the traditional pressure pumps that these vehicles feature are not efficient. New methods with the use of turbines can create water mist over the fire fronts at a safe distance with minimal water consumption and excellent results.

There are also automated, static warning systems, which can be installed in inaccessible areas and connected to an irrigation system. These systems are ideal for extinguishing fires that are about to break out and are not visible.

We must not overlook the importance of traditional methods followed to prevent fires, such as the creation of fire zones, deforestation and clearing of dry vegetation as well as the manning of forest observatories.

In addition, the excess of these three Services’ duties contributed to all the confusion and misunderstanding, in the dozens of calls and requests of citizens, since the Fire Service may have received calls to extinguish fires in the areas of responsibility of the Forest Department or vice versa.

The positive side of the whole situation (*positive provided the circumstances) includes the zeal and self-denial of the Fire Service and Forest Department personnel, since in some cases in which they risked their own lives, they did everything in their power to save people and homes under adverse conditions.

Another positive aspect was the effective action of the Civil Defence, which amid the prevailing panic in some communities, managed – despite the power cut – to transfer the population to safe places, provide first aid and psychological support. 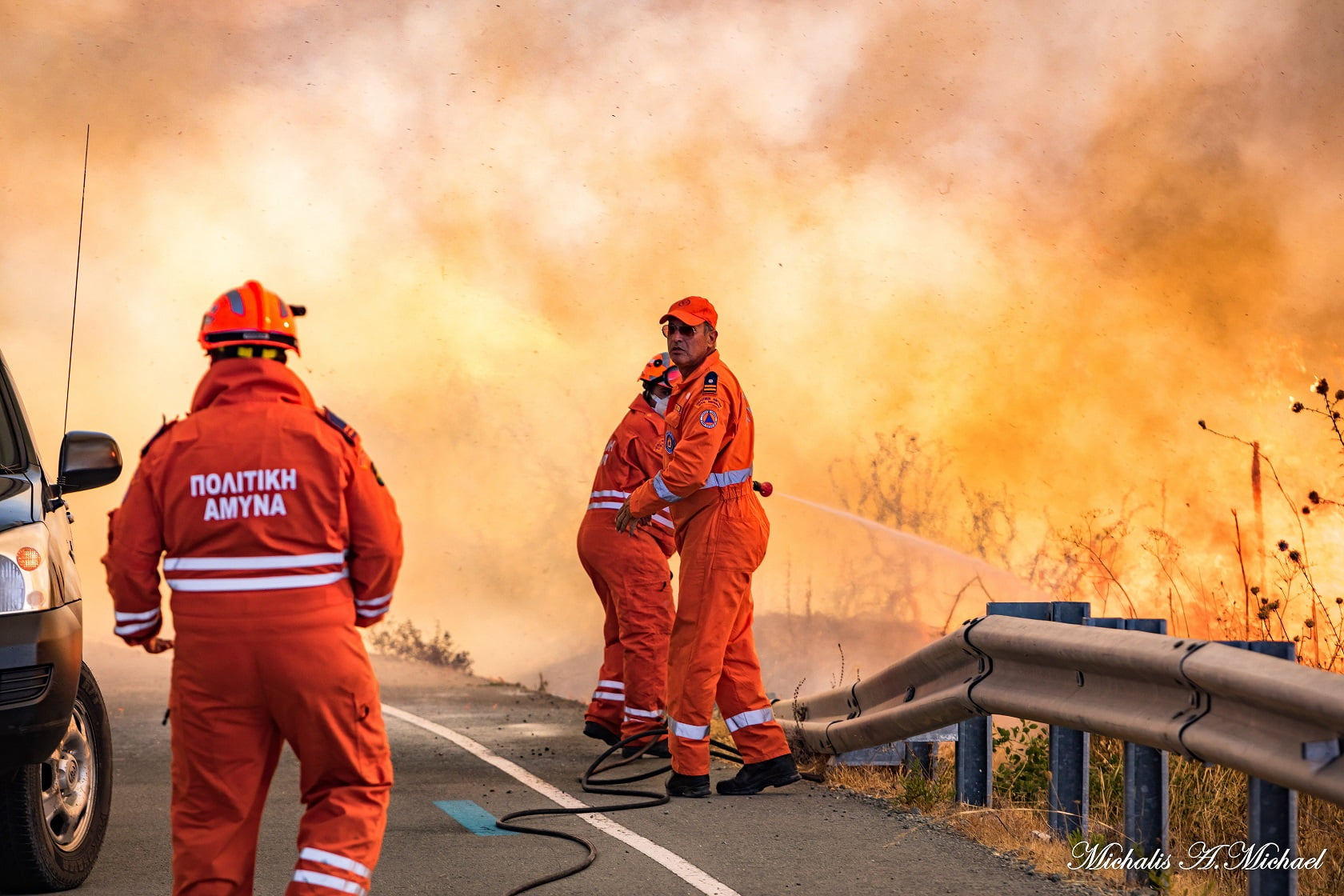 In addition, the immediate and instinctive mobilization of society, both to extinguish the fire and to provide assistance to those affected by the fire, is admirable. The contribution of some unknown volunteers, in the villages of Eptagonia and Odou, to the extinguishing of the fires was decisive, according to the testimonies of the residents themselves.

Following the Solia fires in 2016, the political leadership has made numerous promises that these events will not be repeated. However, as in any catastrophe, the Cyprus State is always several steps behind, and as a result the situation is already fait accompli. Civil protection and security should be high on the government’s agenda, both for the Defence of Cyprus and for the Security of the citizens. As long as governments, politicians and parties are really interested in limiting their ambitions and working for the effective protection of Cyprus, tragedies will continue to occur every July.

Also read: The Fire Service and the National Guard in a firefighting battle – All developments from the fire fronts – Photos & VIDEO

** The views and / or comments expressed in the articles belong to each author and may not be an opinion and / or placement and / or be adopted as such by the company and / or the site administrators. More in the terms of use of the website.