NEWS
N. Panagiotopoulos | Prompt procedures for the acquisition of F-35s from Greece
Defence Redefined
Published on 25/05/2022 at 14:30 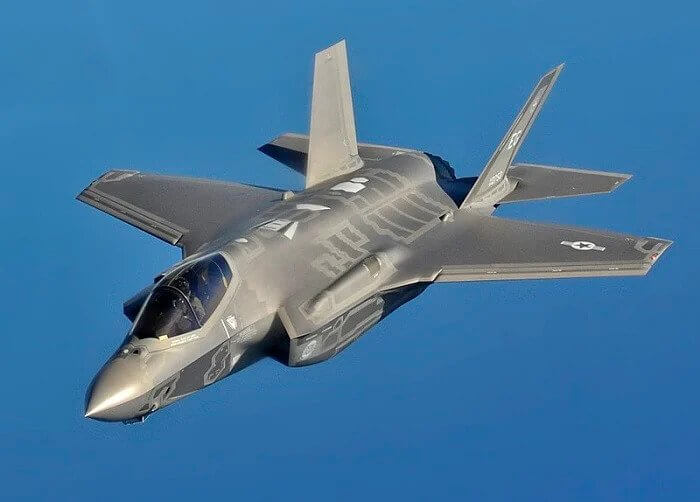 The Minister of National Defence, Nikolaos Panagiotopoulos, announced the immediate start of the procedures for the acquisition of F-35 aircraft.

Specifically, the Minister of National Defence had a meeting yesterday, Tuesday, May 24, 2022, with executives of the program (JSF PO – Joint Strike Fighter Program Office) regarding the F-35 fighter aircraft. The meeting was also attended by the US Ambassador to Athens, Mr. George James Tsounis.

During the meeting, the Minister of National Defence stressed that following the visit of Prime Minister, Kyriakos Mitsotakis, to the United States, the process of acquiring F-35 aircraft will begin immediately, which will meet the operational requirements of the Hellenic Air Force.

Mr. Panagiotopoulos stated that the General Staffs will take the necessary actions, in the framework of the current procedure for the supply of defence equipment. During the meeting, it was stressed that the acquisition of F-35 aircraft, which will further strengthen the country’s deterrence capability and the interoperability of the Hellenic and US Armed Forces, reflects the strategic level of bilateral defence relations.

US echelon in Athens for the F-35s

Meanwhile, today, Wednesday, a technical staff consisting of executives of the American Pentagon and the construction company Lockheed Martin is expected to go to the Ministry of National Defence, in order to have contacts regarding the inclusion of Greece in the program of the F-35 fighter aircraft.

Athens is focusing on the purchase of 24 stealth F-35 fighters, as shown by the recent contacts of the Greek delegation under the Prime Minister, Kyriakos Mitsotakis, in Washington. According to information, a group of the US government and Lockheed Martin will pass through the gate of the Papagou military camp in order to officially start the updates and the negotiations regarding the “invisible” fighters.

Our country will send the request via Letter of Request to the USA as soon as possible, by the end of the summer, and will wait for the response of the American side regarding the availability, cost, and delivery schedule. The process is time-consuming; however, both sides are determined to complete it within the next year.

With the positive response of the USA to the Greek request, the procedures for concluding the agreement will begin followed by the production and training of the pilots and technical personnel. If everything runs smoothly, the delivery of the new 5th generation fighters will start taking place in 2028. At the same time, work must be done on the infrastructure of the Combat Wing that will house the new fighters.

Also read: Mitsotakis – Biden meeting | Democracy, common views on energy, the F-35s and rejection of Turkish provocations on the agenda

The issue of F-35s was raised, according to government sources, at the Mitsotakis-Biden meeting at the White House, where the decision of the Greek government to strengthen the Hellenic Air Force with the specific aircraft was actually announced. The two leaders also discussed the interest expressed by Lockheed Martin in investing in the Hellenic defence industry. According to the same sources, even if the investment proceeds, the majority percentage will belong to Hellenic Aerospace Industry (HAI), that is, to the Greek State.

The Prime Minister pointed out after the meeting that the goal is “to launch cooperation for the acquisition of additional equipment for F-35 aircraft,” noting that Lockheed Martin has officially expressed its interest in investing in the Hellenic defence industry.

The official presentation of the F-35 to Greek journalists in Athens and specifically to the Hellenic Armed Forces Officers Club had already taken place on November 23 by a delegation of the manufacturer Lockheed Martin, who informed them about the progress of the F-35 program and the possibilities of Greece’s participation in it.