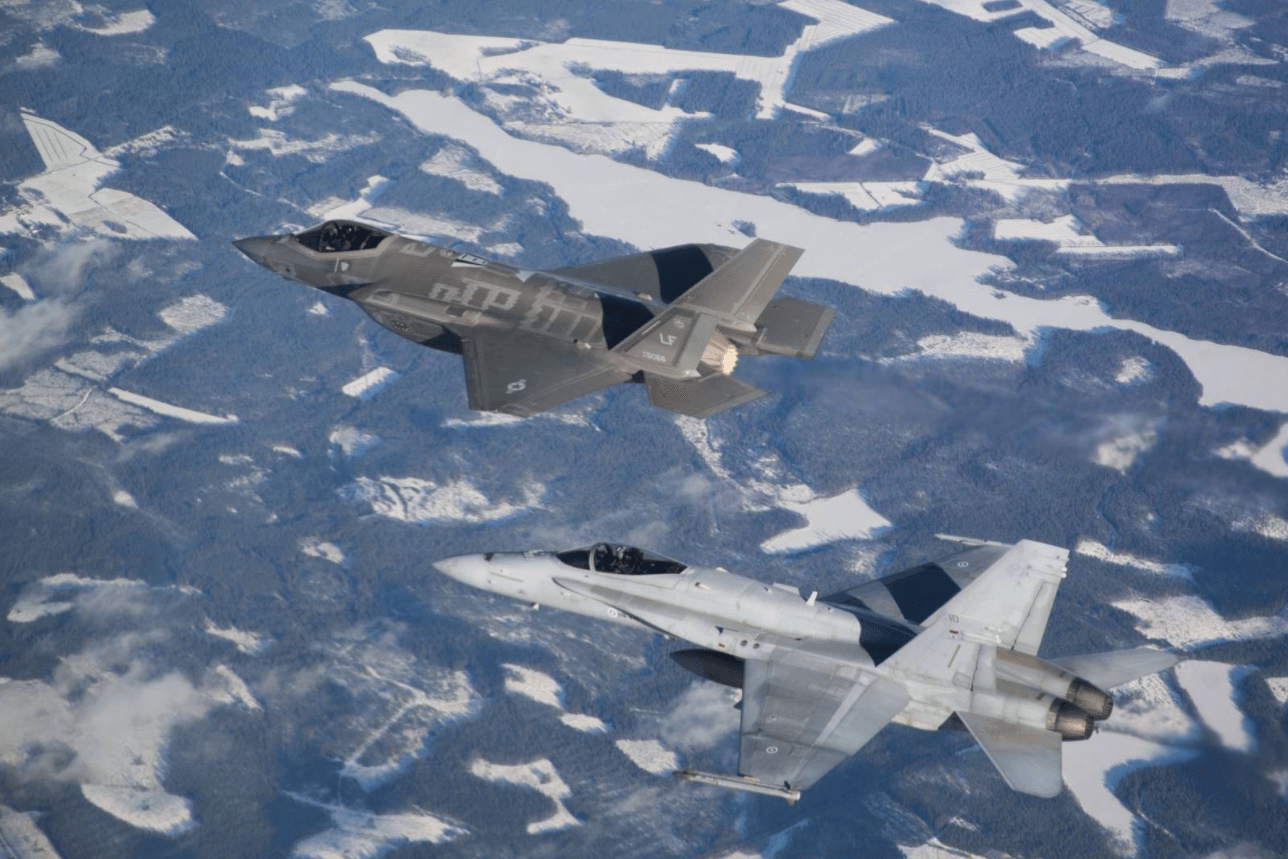 The F-35A was declared winner in Finland and it is to replace the old F/A-18 Hornets.

The Finnish Air Force will acquire a total of 64 F-35As Block 4. This is the latest version of the US 5th generation fighter. The acquisition process will be implemented by way of an interstate agreement through the Foreign Military Sales (FMS) program.

The budget of the Finnish Ministry of Defence under the new fighter program amounts to €10 billion. Initially, the cost of procurement amounts to €8.378 billion, of which the acquisition cost of all 64 F-35 Block 4 fighters amounts to €4.703 billion. The “fly away” unit price amounts to 73.48 million euros per Block 4 fighter jet.

In addition to the final cost, an additional €777 million is added for industrial participation costs, new infrastructure, and facilities as well as the amount of €823.8 million that has – since the beginning – been intended for the program of new fighters acquisition (HX program) regarding the procurement of additional air-to-ground weapons.

The total cost of all the above (acquisition costs in fly away prices, costs of weapons, support, infrastructure, industrial participation, and additional weapons) amounts to €9.997 billion, i.e. the amount that was budgeted under the program of €10 billion by the Finnish Ministry Defence.

The Commander of the Finnish Air Force, Pasi Jokinen, said the F-35 scored the highest in all missions. Overall, the jet scored 4.47 on the capability assessment, exceeding the 4.0 requirement. The next highest score achieved was merely 3.81.