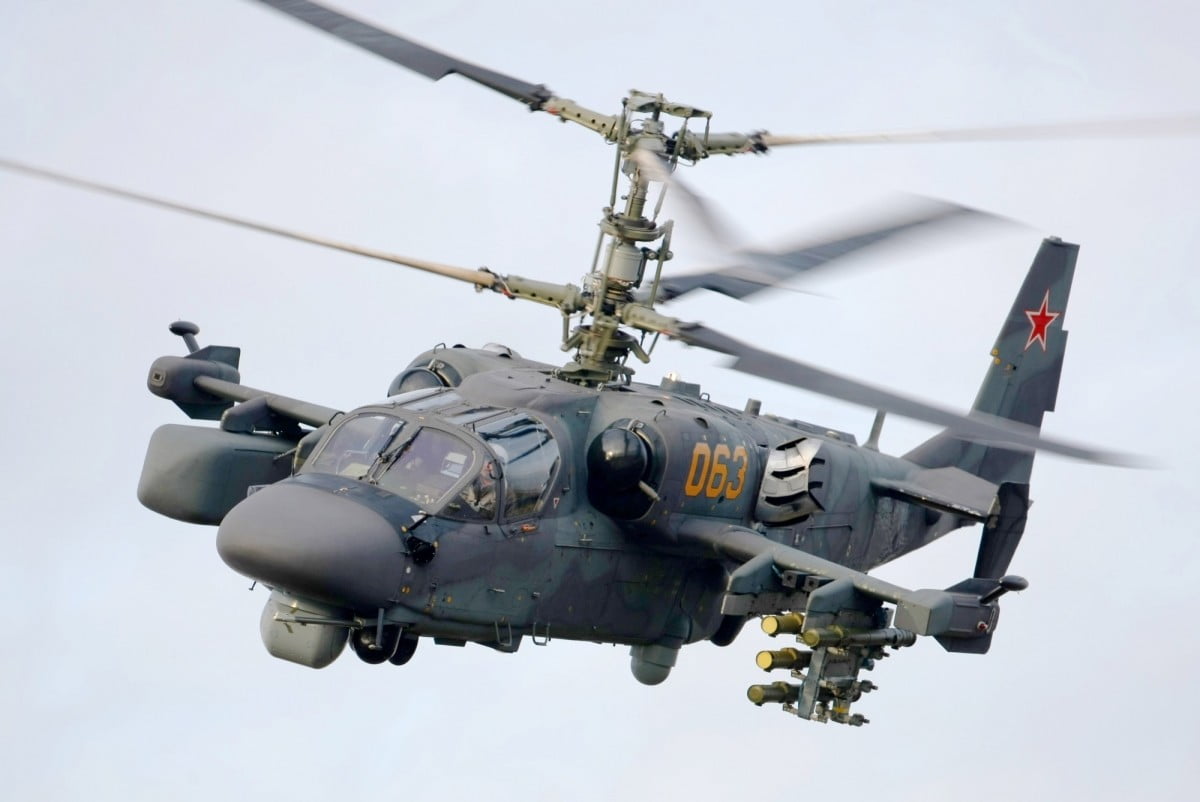 The Ka-52 Alligator is one of the best attack helicopters of the Russian Air Force and (recently) of Egypt, which is the first export customer of the helicopter in question. Manufactured by Kamov Design Bureau, the Ka-52 is the two-seater variant of the Ka-50 attack helicopter that entered service in 2011.

Alligator was designed to conduct combat reconnaissance, intelligence gathering and targeting. It can destroy enemy tanks, armored vehicles and various ground targets as well as aerial targets and personnel in all weather conditions and round the clock.

Also read: Qatar seems to be the first recipient of the impressive 6th Apache AH-64E version

The cockpit accommodates two crew members in a side-by-side arrangement and not tandem like most western attack helicopters. In addition, the cockpit is equipped with a head-up display (HUD) and four multifunction displays.

The helicopter has six external weapon stores which are mounted on the wings and can carry different combinations of weapon systems. 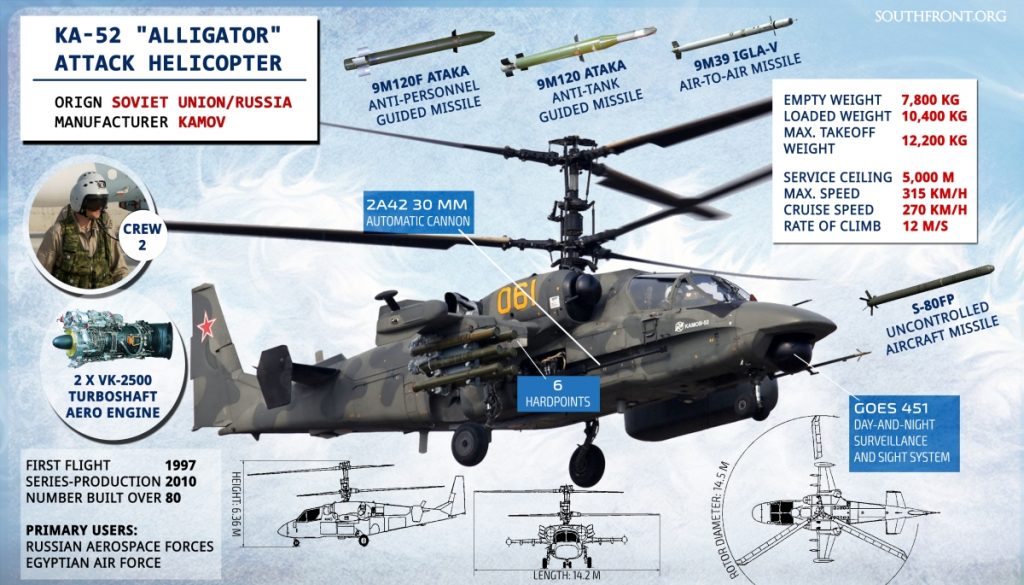 VIKHR anti-tank missiles (ATGM), laser-guided ATAKA missiles, B8V-20 S8 80mm rocket launchers and Hermes-A missiles with a maximum range of 20 km and can be installed at these weapon stations. Ka-52s can also be armed with IGLA-S anti-aircraft missiles. Apart from that, the helicopter is armed with a Shipunov 30mm 2A42-1 cannon on its right side, capable of small directional movements.

A big advantage of the Ka-52 attack helicopter is its high survivability ensured by the helicopter’s countermeasures suite and the ejection system available for the 2 pilots. The pilot and co-pilot of the helicopter sit in ejection seats as in the Ka-50, the first helicopter in the world to have an emergency ejection system, while to this day Western attack or other types of helicopters do not have this feature. 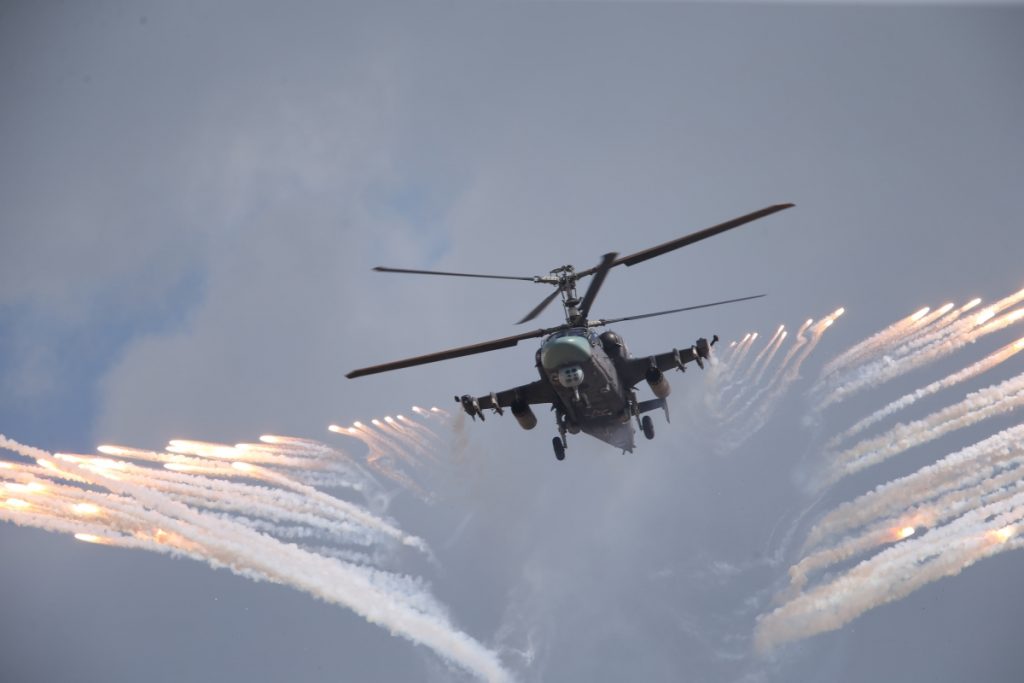 To date, a Ka-52 helicopter has crashed on May 6, 2018 in an area near the city of Al Mayadin in eastern Syria. The helicopter crash, according to the Russian Ministry of Defence, was attributed to technical error and not usage of a man-portable anti-aircraft missile (MANPADS) operated by ISIS fighters.