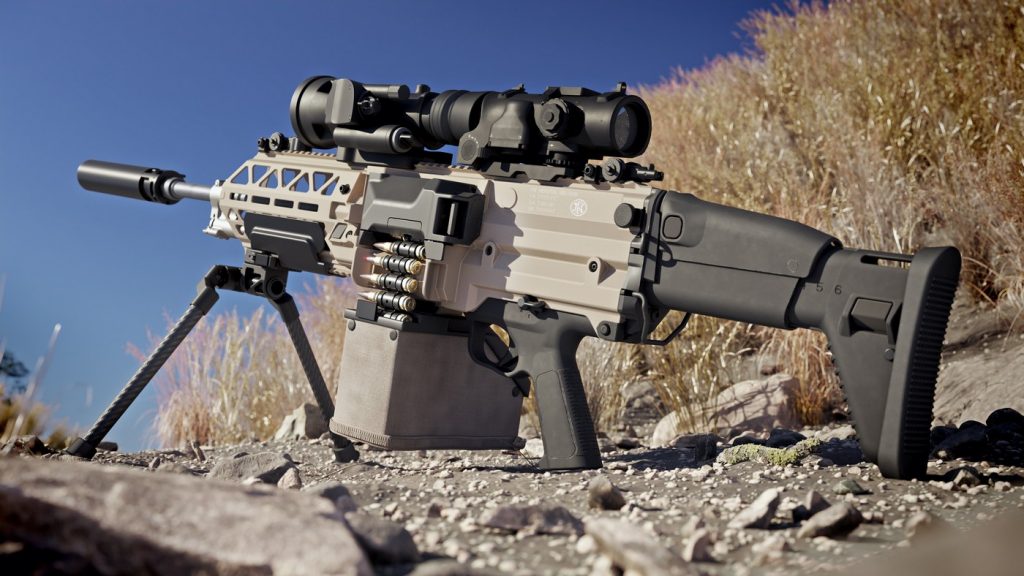 According to the manufacturer’s press release, the FN EVOLYS™ is a radically different, ultralight weapon that combines all the firing capabilities of a machine gun. The FN EVOLYS™ has been developed in two calibers, 5.56x45mm NATO and 7.62x51mm NATO. 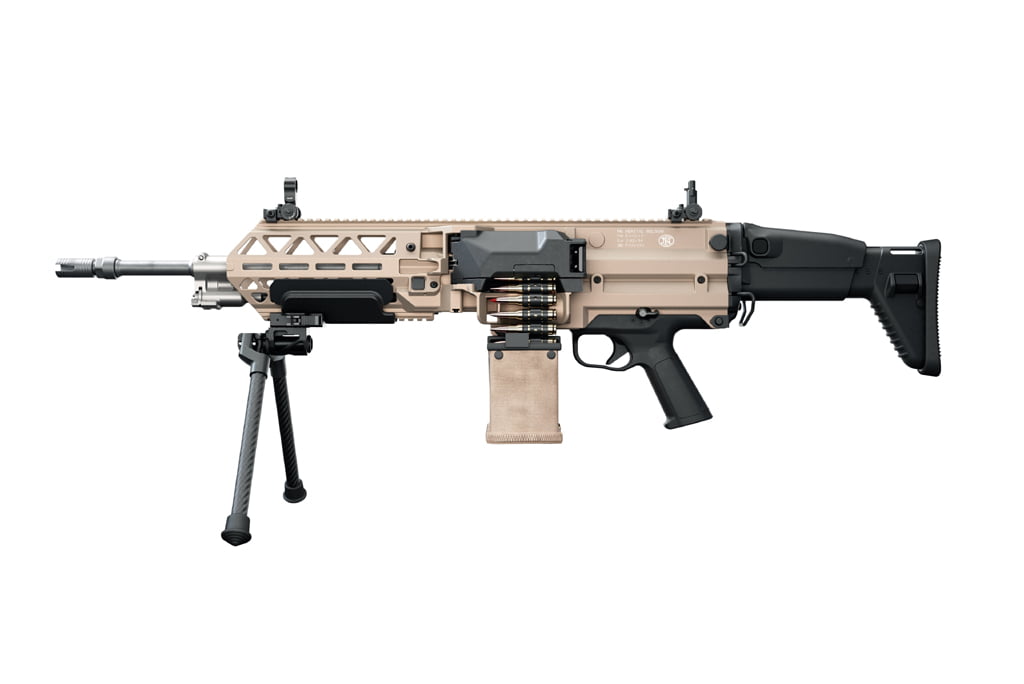 Weighing between 5.5kg and 6.2kg, depending on the caliber, it is much lighter than current reference machine guns. The reduced weight allows the user to move quickly across difficult terrain and engage targets with a high volume of fire when needed, without difficulty. According to FN Herstal, the FN EVOLYS combines the firing capabilities of a belt-fed machine gun with ergonomics and balance similar to those of an assault rifle. Reduced weight and excellent balance also mean that the weapon can engage targets from any position.

The buttstock is adjustable in length and height. Regardless of its size, or the equipment carried, the user can always find a comfortable shooting position.

It is considered reliable, extremely comfortable and stable when firing. The latest materials and technologies used to build the FN EVOLYS ensure that weight loss has not affected the vital factors of reliability, safety of users and the long service life of spare parts. 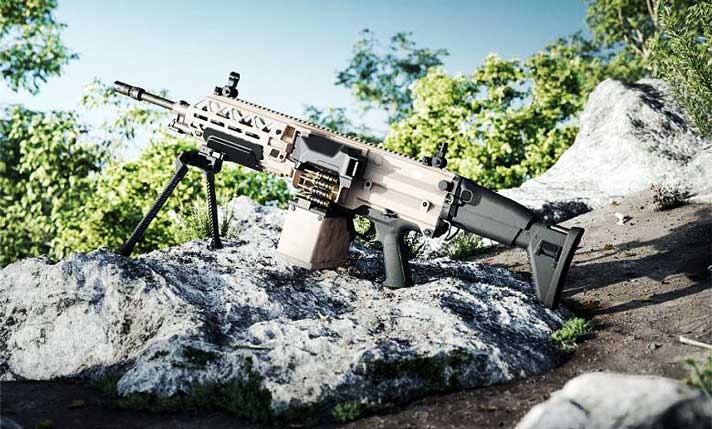 The hydraulic buffer provides a steady rate of fire and reduces recoil. From the very beginning, the FN EVOLYS was designed to fire intensively with a sound suppressor, therefore it does not show any reduction in performance.

The one-piece long top rail enables mounting a combination of various in-line optical sights, such as day and night sights together or magnifiers for distance, without removing the iron sights.

It is also important that all actions can be done with one hand, including engaging the belt, which is automatically repositioned once the feed cover is closed (in case the belt is not properly positioned on the feed tray). 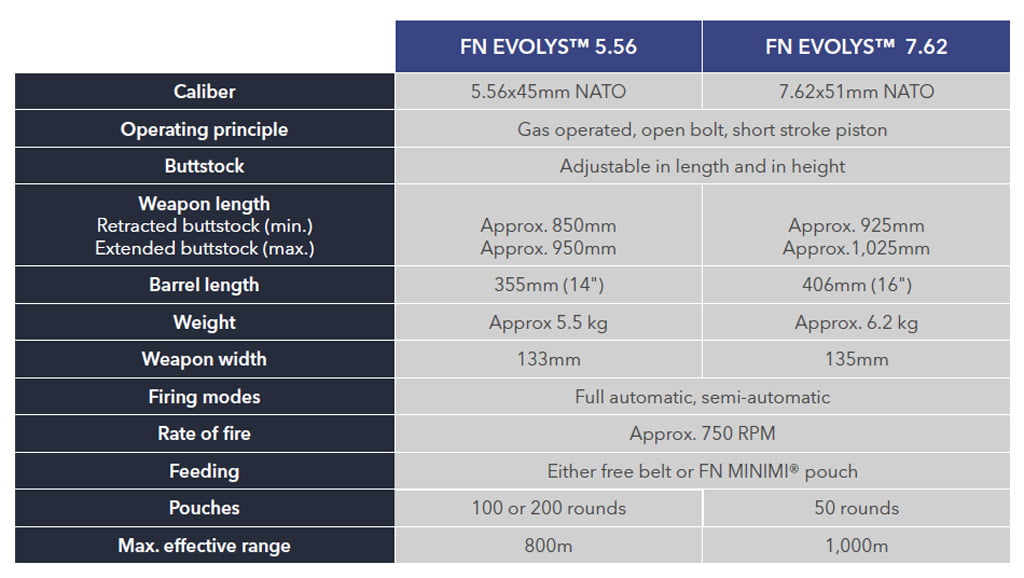