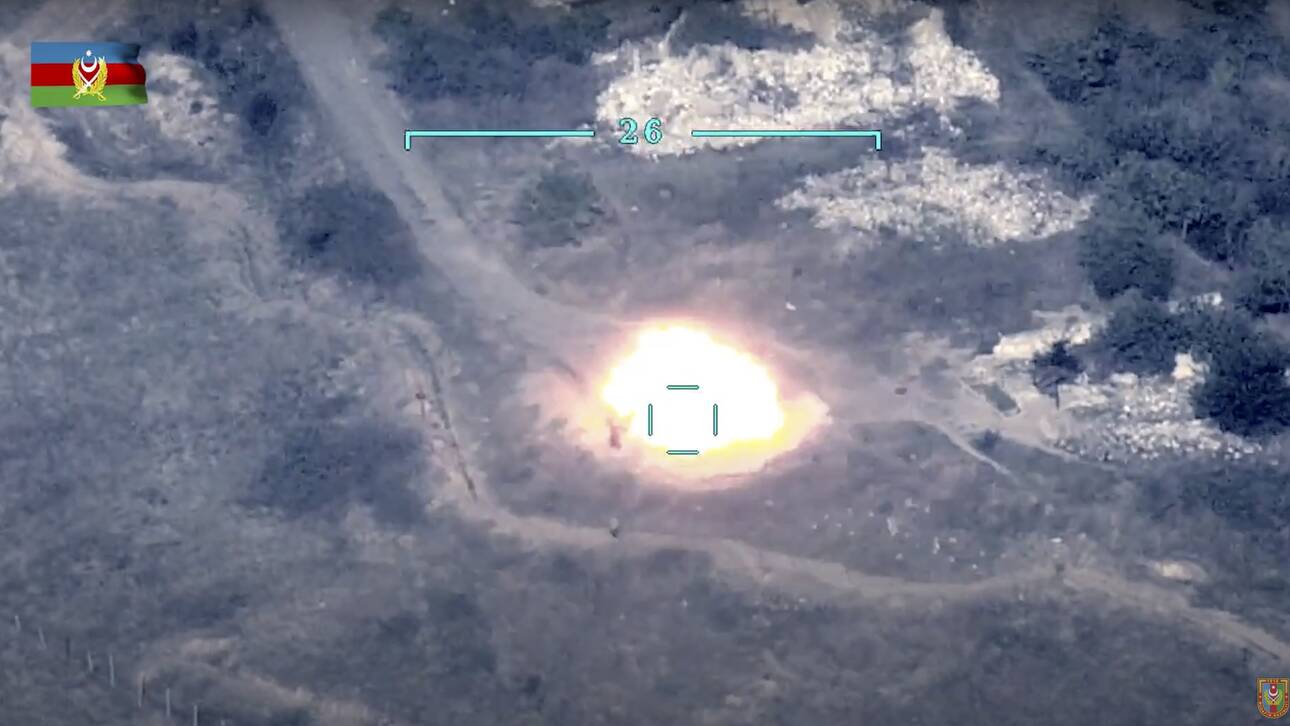 The clashes between the Azerbaijani armed forces and Armenian separatists continued overnight in the Nagorno-Karabakh region, the Baku Defence Ministry said, stressing the imminent escalation of conflict that has lasted for many years.

Since last Sunday, separatist forces, politically, militarily and financially supported by Armenia, have been involved in the deadliest hostilities with Azerbaijani troops since 2016. Last night, the authorities in Nagorno-Karabakh announced that 26 Armenians had been killed in Azerbaijan. Earlier, Armenian Defence Ministry spokesman Artsrun Hovannisian spoke of a “massive” attack by Azerbaijani forces on the southern and northeastern sides of the front line.

According to a press release issued by the Azerbaijani Defence Ministry, the opposition forces tried to regain lost territories by launching counterattacks in Fuzuli, Jebrael, Agdere and Tartar. The increasingly deadly battles were raging yesterday.

Today, the Ministry of Defence of Armenia accused Azerbaijan of using its air force. The ministry said that in the town of Vardenis, a bus carrying civilians, possibly volunteers heading to the front, was struck by a drone (UAV) without specifying the number of the injured.

On its part, the Azerbaijani Defence Ministry said the attack was carried out against military posts in response to fire coming from the town of Vardenis.

The General Staff of both Armies release their own audiovisual material, presenting the losses of the opponents. The Ministry of Defence of Azerbaijan published footage taken by an unmanned aircraft which bombed tanks.

Armenian Defence Ministry spokeswoman Shushan Stepanyan posted a video showing the destruction of Azerbaijani armored vehicles. A second video shows a number of Azerbaijani soldiers retreating in a state of disarray under a barrage of fire.

The loss of human lives and equipment on both sides cannot be accurately recorded, since hostilities are carried out with great intensity.

Azerbaijan has released a video showing the use of heavy artillery, possibly a 2S7 Pion 203mm. In addition, videos circulating on social media reveal the use of the Russian system ТОС-1А.

For this reason, the Ministry of Defence of Armenia announced today that: “Azerbaijan’s actions leave us with no choice but to use large – scale, destructive offensive systems.”

The report, which is incomplete, put the death toll at 95 last night, including 11 civilians, nine in Azerbaijan and two on the Armenian side. The death toll however may actually be even larger. Both sides claim to have killed hundreds of enemy fighters.

Azerbaijan, a Turkish-speaking country with a Shiite majority, is demanding the return of control of Nagorno-Karabakh, a mountainous province inhabited by a predominantly Armenian Christian community whose secession in 1991 is not recognized by the international community. If the conflict between Yerevan and Baku escalates, destabilization of the South Caucasus is threatened, especially if Turkey and Russia, as regional powers, intervene.

On Monday, Turkish President Recep Tayyip Erdogan demanded that Armenia end what he called the “occupation” of Nagorno-Karabakh and warned that Turkey would continue to stand by Azerbaijan “wholeheartedly and with all means,” urging Baku to “take matters into its own hands.” Other powers – Russia, the United States, France, Iran, the European Union, the United Nations – have called for an immediate end to hostilities. The Security Council will hold an extraordinary meeting to consider the situation behind closed doors at midnight (Cyprus time), diplomats said.

Also read: Caucasus | All the developments on the battlefield – Dozens dead on both sides – VIDEO & Photos