Armenia – Azerbaijan | Footage from the conflicts – The first losses of Azerbaijan – VIDEO
Defence Redefined
Published on 27/09/2020 at 12:05 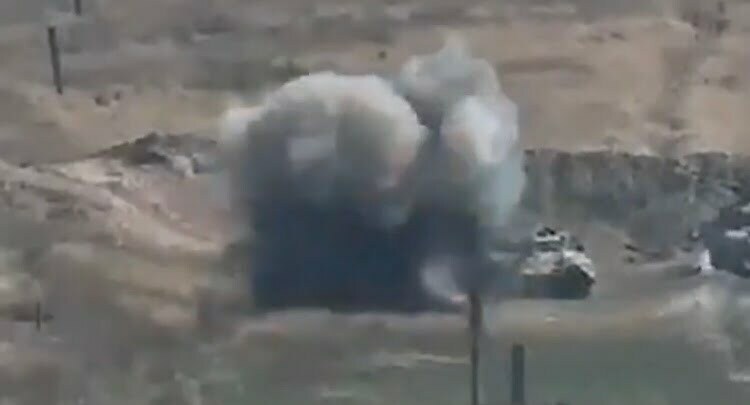 The presidency of the separatist region of Azerbaijan, Nagorno-Karabakh, which is supported by Armenia, declared “general mobilization” in response to a large-scale attack by Azerbaijan today.

According to the presidency, during an extraordinary session of the parliament, Karabakh leader Arutunian stated, “I have declared martial law and general mobilization for those over 18.” Civilians and soldiers have lost their lives in the fierce fighting that broke out today in the Nagorno-Karabakh region, Azerbaijan and Armenian separatists have said, blaming each other for starting the hostilities.

“Dead and wounded have been reported among civilians and the military,” the Azeri presidency said, while the Karabakh mediator said there were “civilian casualties” in the area.

Nagorno-Karabakh is a region of Azerbaijan that has seceded from the rest of the country, is inhabited mainly by Armenians and is supported by Armenia. A woman and a child were killed in the area, a spokesman for the Armenian Ministry of Defence said.

Two Azeri helicopters were shot down, the pro-separatist ministry said earlier, adding that Armenian forces also destroyed three tanks and three unmanned aerial vehicles in response to an attack on civilian targets, including pro-government forces. “Our response will be proportionate and the military-political leadership of Azerbaijan bears full responsibility for the situation,” the ministry said in a statement.

On its part, Azerbaijan announced that it launched a “counterattack” on the separatists and spoke about the downing of a single aircraft. “We strongly condemn the Armenian attack on Azerbaijan,” a spokesman for the Turkish presidency said on Twitter, adding that Azerbaijan “has the full support of Turkey.”

The following footage shows the attack on Azerbaijani tanks, published earlier today by the Ministry of Defence of Armenia, claiming that these tanks were in the possession of Syrian mercenaries operating on behalf of Azerbaijan. The attack concerns a number of T-72 tanks.

With information from: CNA (In Greek) / ANA MPA -Reuters-AFP