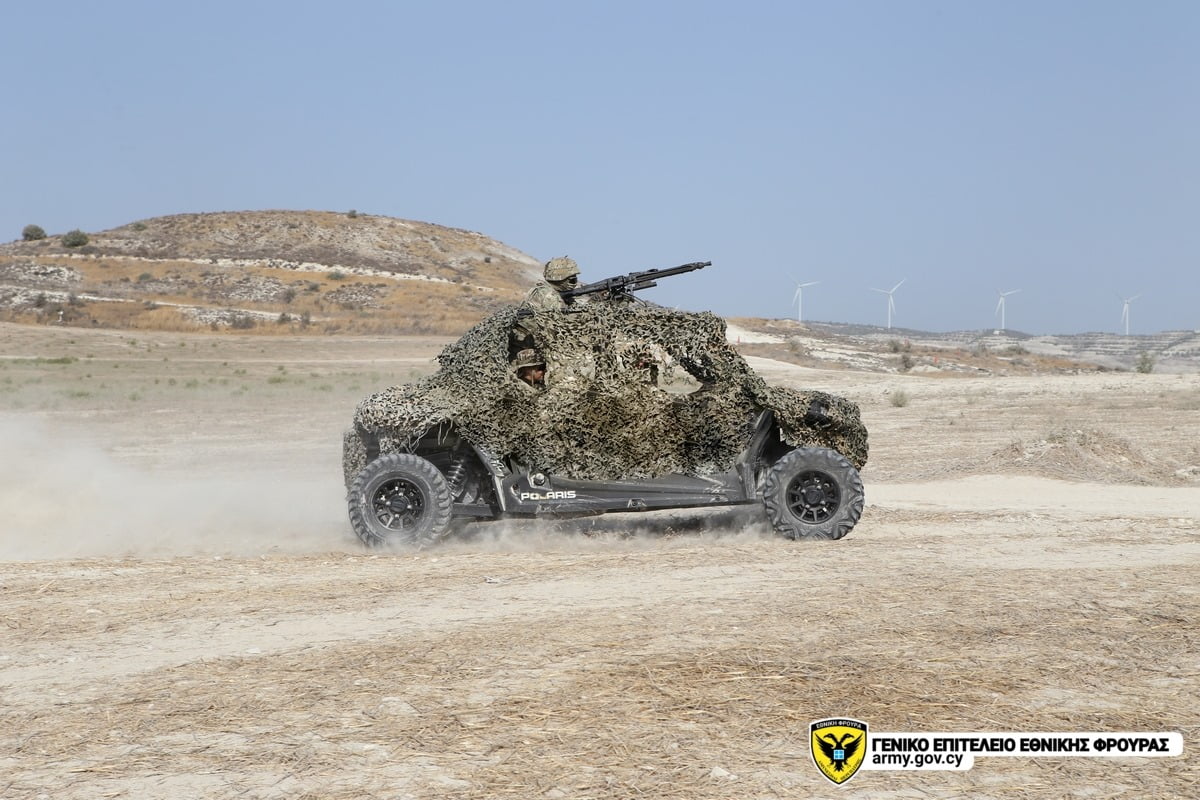 The exercise was attended by the Chief of the National Guard, Lieutenant General Demokritos Zervakis, the Deputy Chief Lieutenant General Konstantinos Chrysiliou and a small delegation of Officers from other Formations and Commands.

The objective of the exercise was to maintain and increase the operational capabilities of the Brigade by training its personnel in realistic scenarios.

In particular, the exercise had a twin-purpose action and considered the execution of an offensive scenario. For the implementation of the scenario, a Tactical Mobilized Battalion was deployed on a forward defence line. The offensive action was carried out by a Tactical Group of Infantry Mobilized Battalion, supported by artillery fire, mortars and Mi-35 Gunship Helicopters, together with the necessary logistic support from the combat support units of the Brigade.

The highlight of the exercise was the all-terrain vehicle Polaris which, according to our information, was used at the initiative of a reservist and impressed with its performance. As we had informed in our previous article, the vehicles in question (in their military version) would be ideal for use by the special forces in Cyprus.

As shown in the photo released by the National Guard it is a four-seat Polaris RZR model with the addition of a 7,62 mm MG3 machine gun on the central roll-bar.

At this point it is essential to note that similar initiatives have been developed by Greek reservists with the characteristic vehicle made by a member of the Thessaloniki Armed Forces Reserve Club (LEFED). 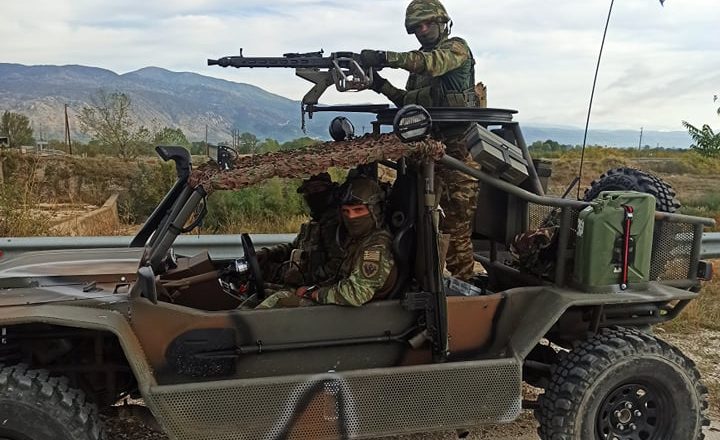 The all-terrain vehicle shown in the photo features a two-liter Mitsubishi engine, a built-in tablet with preloaded maps and it has its own drone. As mentioned by tourkikanea.gr website the vehicle has a 360 degree rotating turret and soon it will be equipped with a thermal camera.