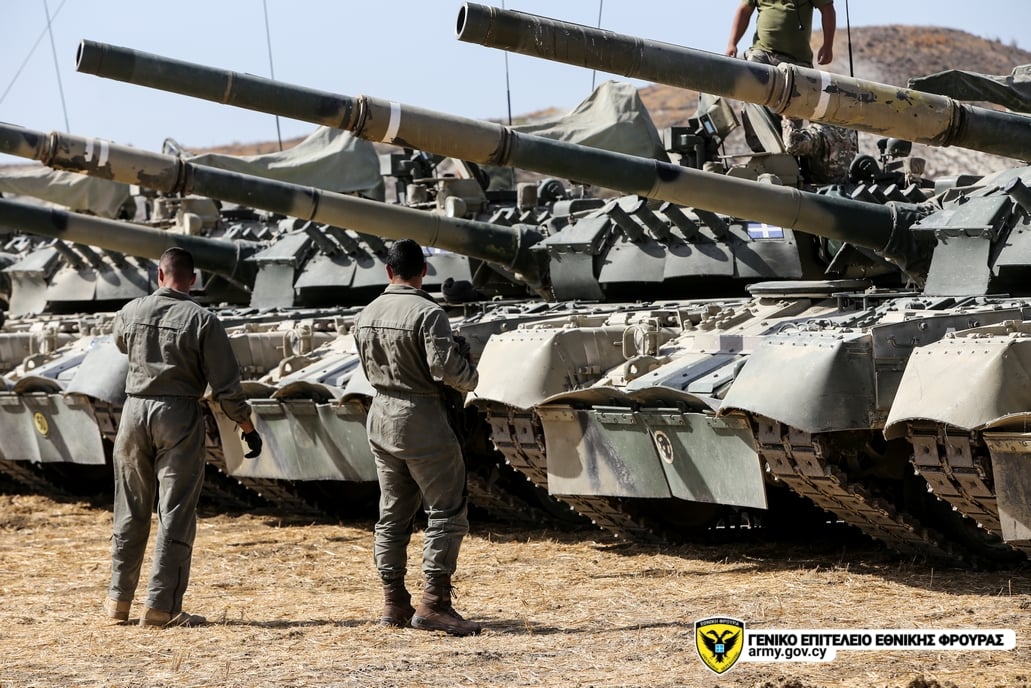 The Joint Exercise of the National Guard, named as “BLAZING ARROW”, had as its general purpose the design and execution of various tactical operations focusing mostly on offensive maneuvers.

The general scenario of the exercise was based on the creation of tension – crisis, with the development of offensive actions and the proper response by the National Guard.

The objectives of the impressive 3-day exercise conducted between October 20-22, were the training, evaluation and improvement of the effectiveness of the National Guard in coordinated joint operations in the modern operational environment.

In addition, the exercise highlighted the leadership skills and the offensive spirit of the army officials throughout the whole chain of command.

T-80 Main Battle Tank with the inscription “I WILL RETURN”

Another parameter that the exercise “BLAZING ARROW” intended to highlight was the training of the Commands and their staff at an operational level, as well as the immediate decision-making for a quick response. During the exercise, Command, Control and Communication (C3) systems were also evaluated.

Also read: “NIKITIS-DIMITRA 2020” Exercise | Watch the video made by the General Staff of the National Guard

The theatre of operations, as you will see in the video below, was simulated in the shooting range of Kalo Chorio-Larnaca (the largest in the Republic). Targets for the T-80 tanks, 30mm and 100mm guns for the BMP-3 Armored Fighting Vehicles (AFV), as well as targets for the M2QCB 0.50” machine guns of the Armoured Personnel Carrier (APC) ‘LEONIDAS’ were placed in the field. 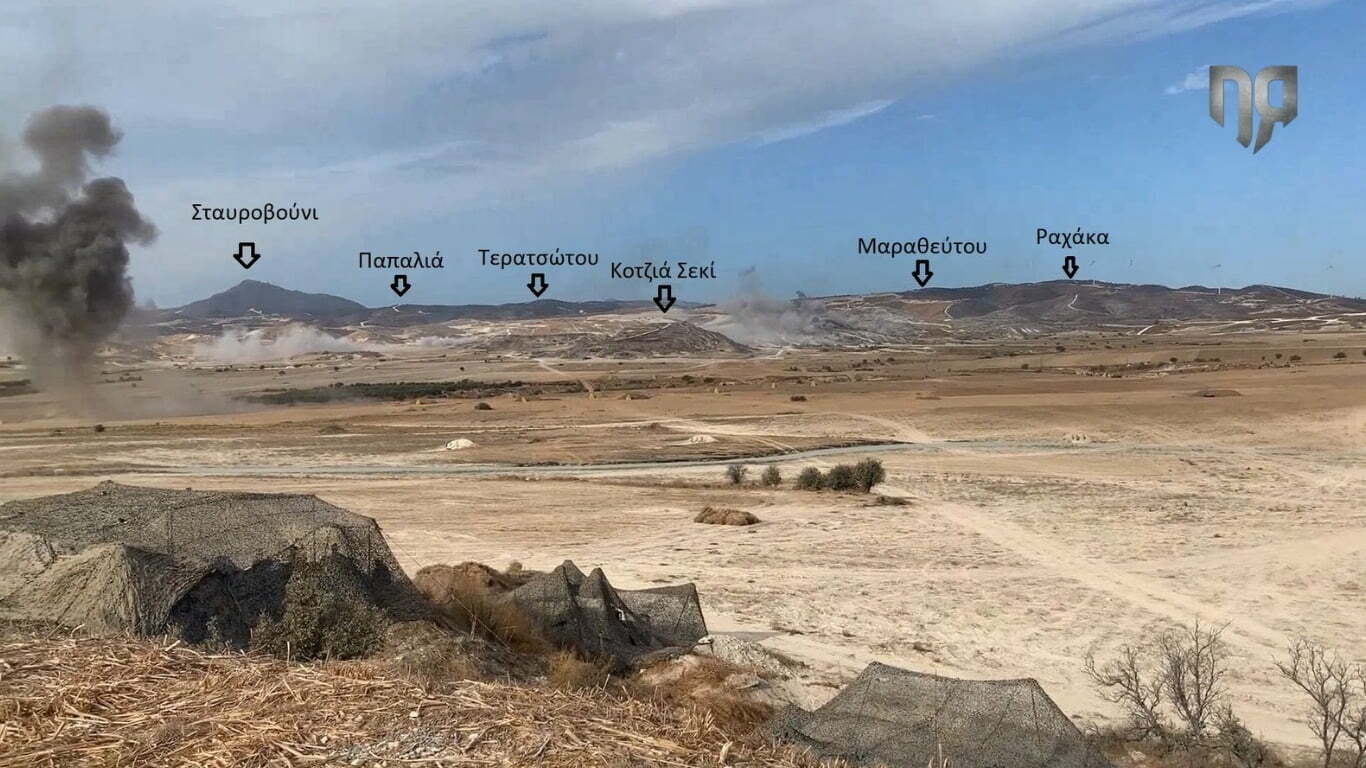 The theater of oparetions, shooting range of Kalo Chorio

For the artillery, targets were engaged by the 155 mm self-propelled guns AMX Mk F3, the 105 mm towed guns M56 and the 120mm French mortars Thomson-Brandt RT.

The highlight of the operation was the Gazelle SA342L1 helicopters and the Mi-35P which provided support fire. Explosions were also executed by the Engineer Corps to represent enemy fire together with long range shots by a group of Special Forces snipers with Accuracy International rifles. 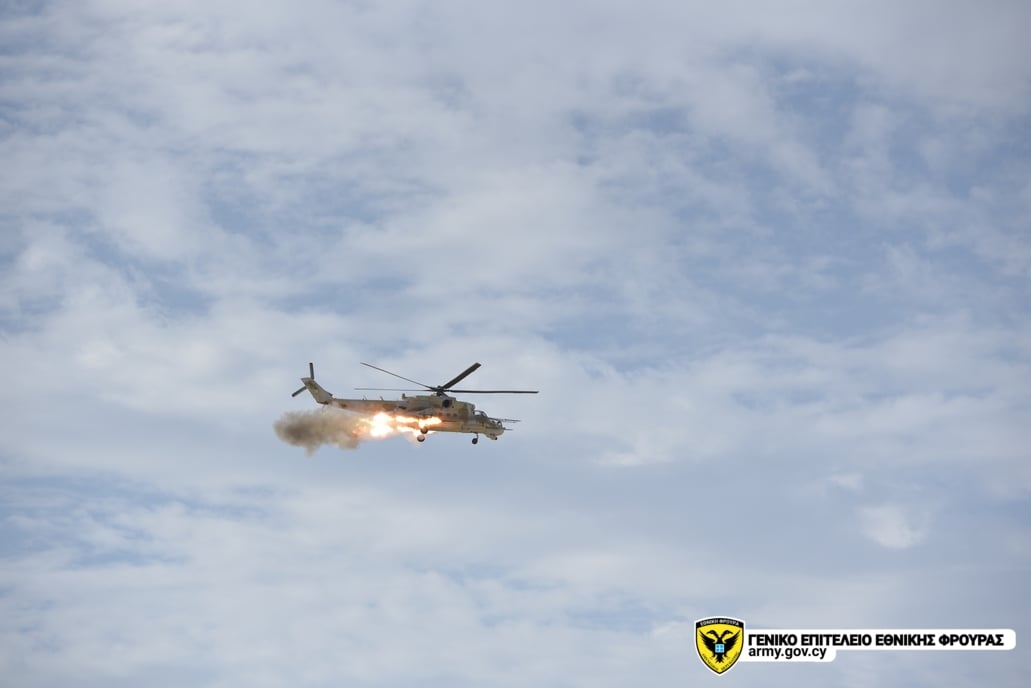 During the three-day period from 20/10/2020 to 22/10/2020, smaller operations were also conducted so as to deal with special situations throughout the Government-controlled territory of Cyprus. In the area of ​​Geri, an urban combat exercise was held by the 4th Infantry Brigade, with a twin-purpose offensive action to clear a house complex. Reservists from the hellenic Orestiada Battalion also participated in the exercise.

The 2nd Infantry Mobilized Brigade, carried out a twin-purpose offensive action in the area of ​​Agios Ioannis with an Armours Battalion. At sea, joint operations were carried out from the province of Famagusta to the Naval Base “EVANGELOS FLORAKIS”.

DEFENCE ReDEFINED attended the final phase of the exercise and captured intense moments of action with shots from tanks, helicopters and artillery. Turn up the volume and enjoy the video: