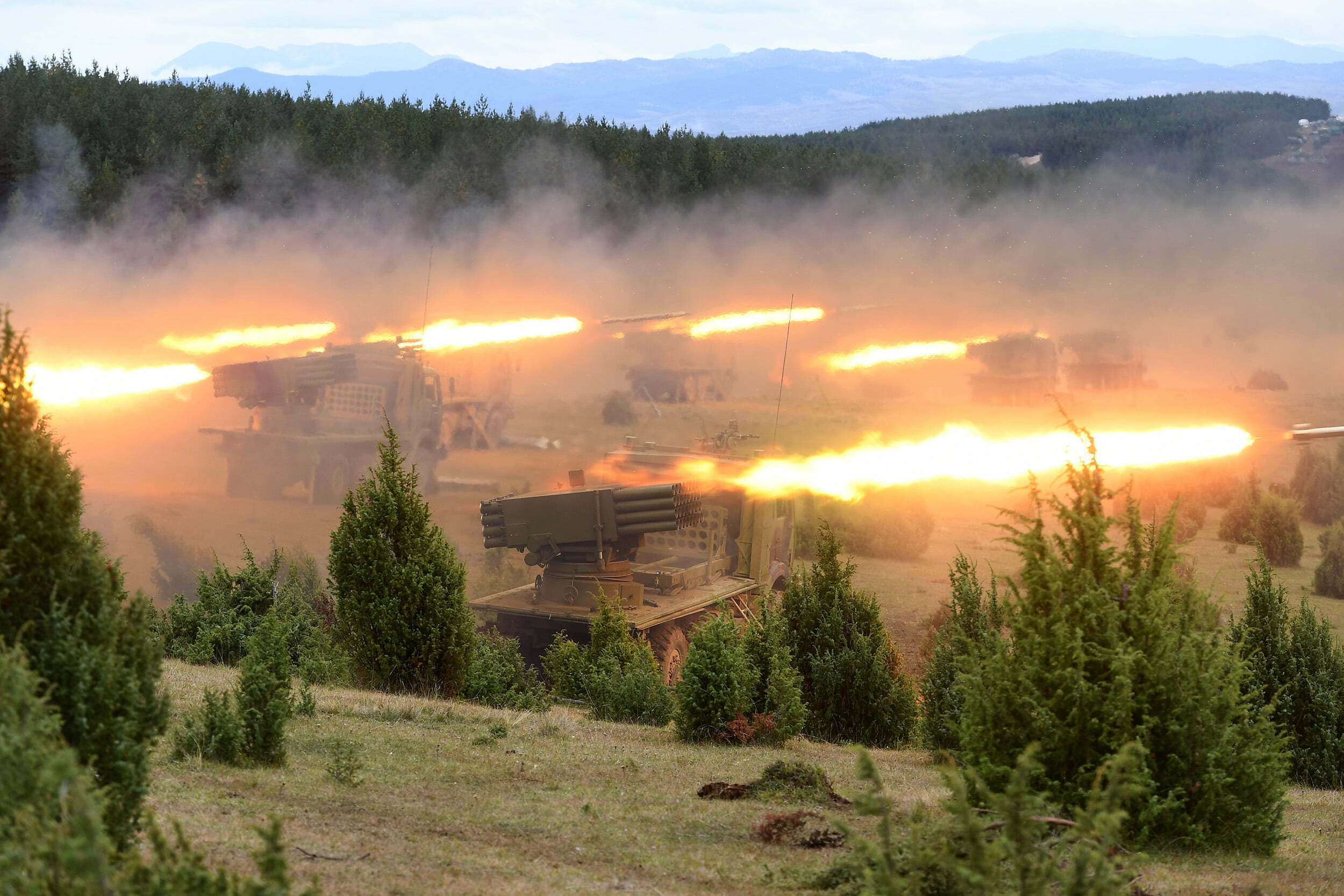 The joint tactical exercise of the Serbian Armed Forces “Joint Action 2020” was completed on October 10, with a barrage of fire from a variety of weapons at the “Pešter“ provisional training ground. The exercise was attended by the President of the Republic of Serbia Aleksandar Vučić and other officials.

A large number of modernized weapon systems and new systems developed by the Serbian Defence Industry were engaged jointly for the first time in an exercise of this level.

The weapons and tactics used in this exercise are of interest to the National Guard as well, since a significant number of the systems used by the Serbian Armed Forces can be found in the Cypriot arsenal. The Mi-35 helicopters, Gazelle helicopters and Nora 52 155mm self-propelled artillery system are some of them.

Also read: “NIKITIS-DIMITRA 2020” Exercise | Watch the video made by the General Staff of the National Guard

The exercise started with the action of the Pantsir and Pasars Air Defence artillery-missile Units, while the upgraded Giraffe radar (M-85 Žirafa) built domestically under licence, performed air surveillance and target acquisition tasks. 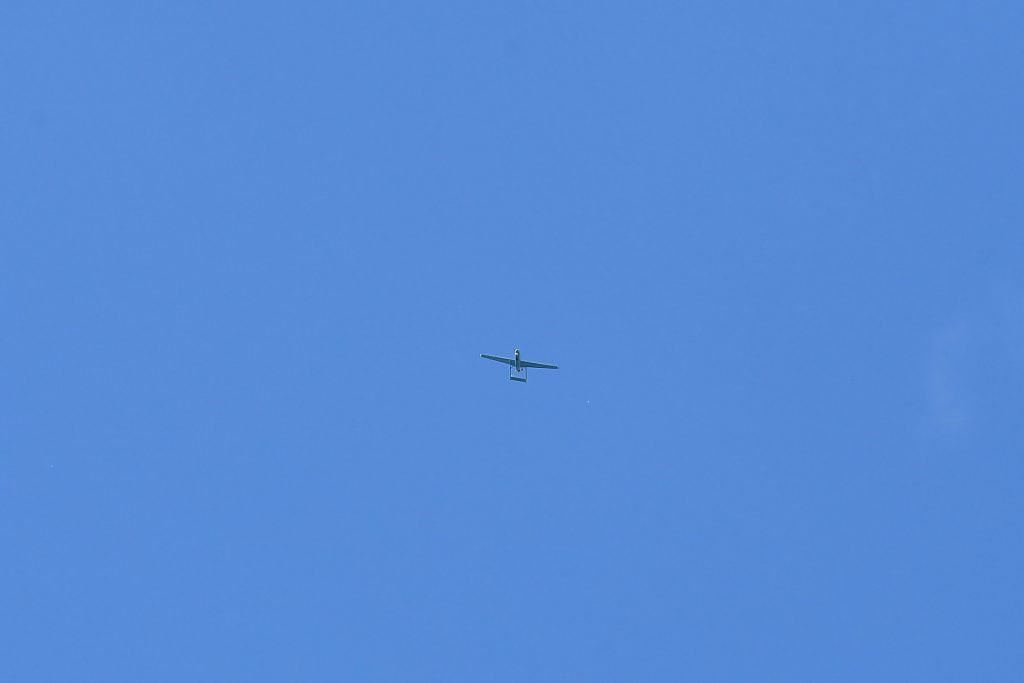 The third part of the exercise showed the action of MiG-29s (handed over by Russia as part of military and technical assistance in 2018) in air dominance as well as part of the bomber-fighter striking force protection. The first ground attack by MiG-29s with S-8 rockets should also be noted for the first time in 20 years. 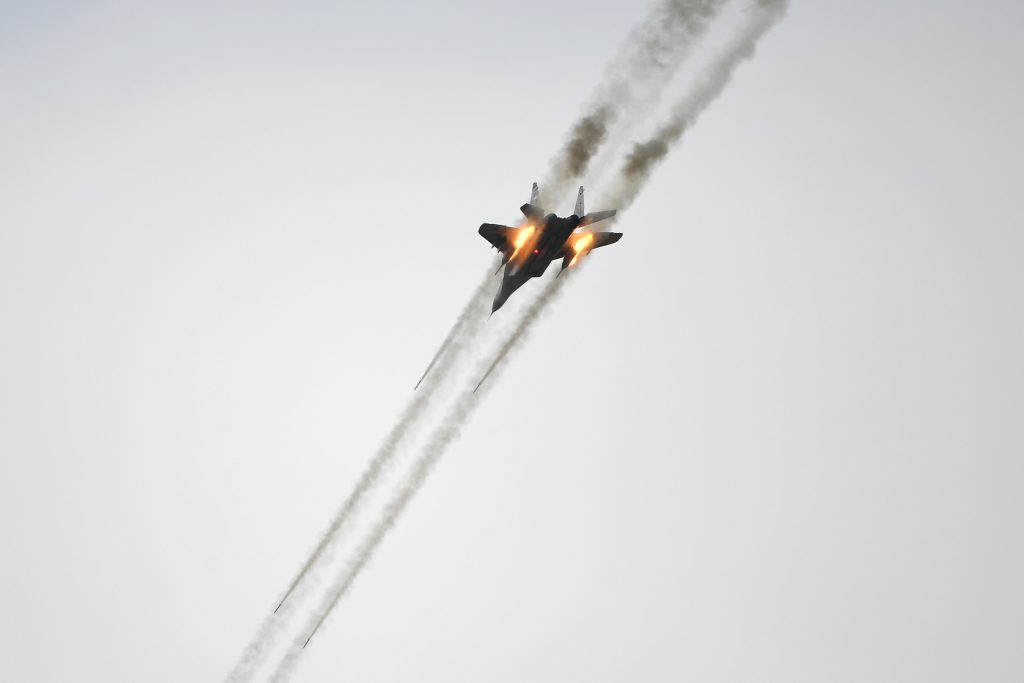 The Ministry of Defence of the Republic of Serbia states that in the last three years, more than 20 different types of artillery weapons and equipment have been introduced into the armament of the Serbian Armed Forces, which has created the basis for a significant improvement of artillery capabilities.

In the fifth phase of the exercise, combat aviation and attack helicopters were engaged. Prior to their attack a group of armed Super Galeb G-4 aircraft engaged enemy targets. Mi-35 gunships (handed over some months ago from Russia) engaged ground targets for the first time using ATAKA anti-tank missiles with a maximum range of 6 Km. Mi-17V5 helicopters armed with unguided S-8 rockets followed the engagement of ground targets. 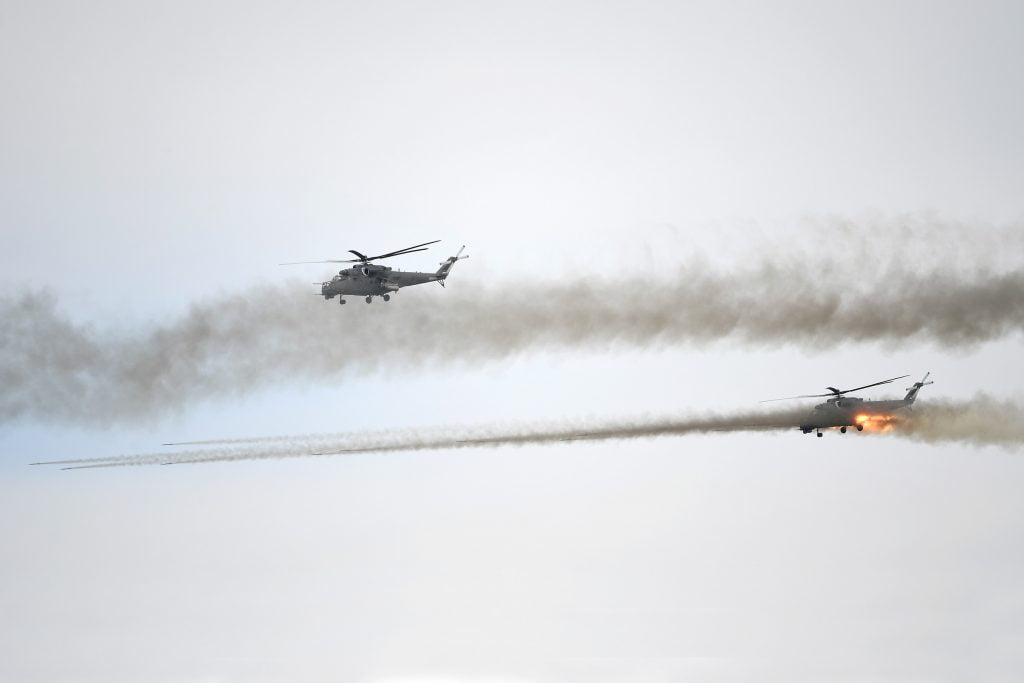 The highlights, however, in this part of the exercise were stolen by the Gazelle helicopters (GAMA version), which approached the target flying at low altitude. The Serbian Gazelles were built by the Yugoslav SOKO, which is now inactive. Their production concerned 2 versions that included SA-342L HERA reconnaissance helicopters and SA-341H HN-42M-GAMA armed helicopters respectively. 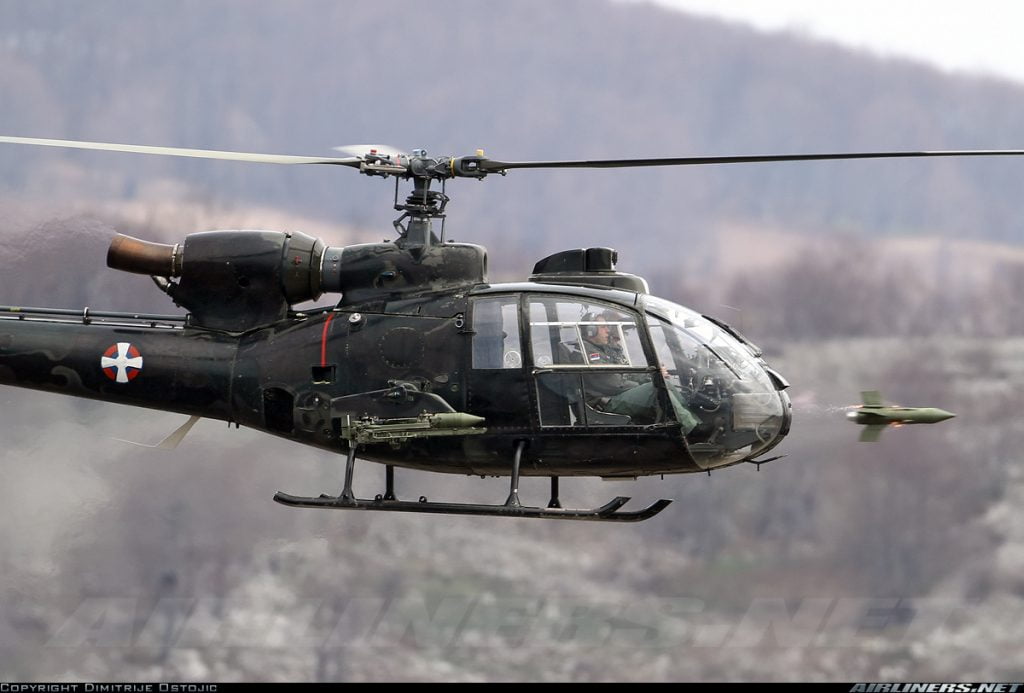 We remind you that the National Guard operates a squadron of four Gazelle SA342L1 helicopters, equipped with French HOT-2 anti-tank missiles.

The next part of the exercise was about offensive operations from the modernized infantry fighting vehicles (IFV) M80 AB-1, the Lazar-3 armoured wheeled vehicle, the M-84 as well as the modernized M-84 AS-1 tanks.

During the attack, the upgraded KUB (ancestor of the BUK system) and Pantsir air-defence missile systems provided protection to the battle group. 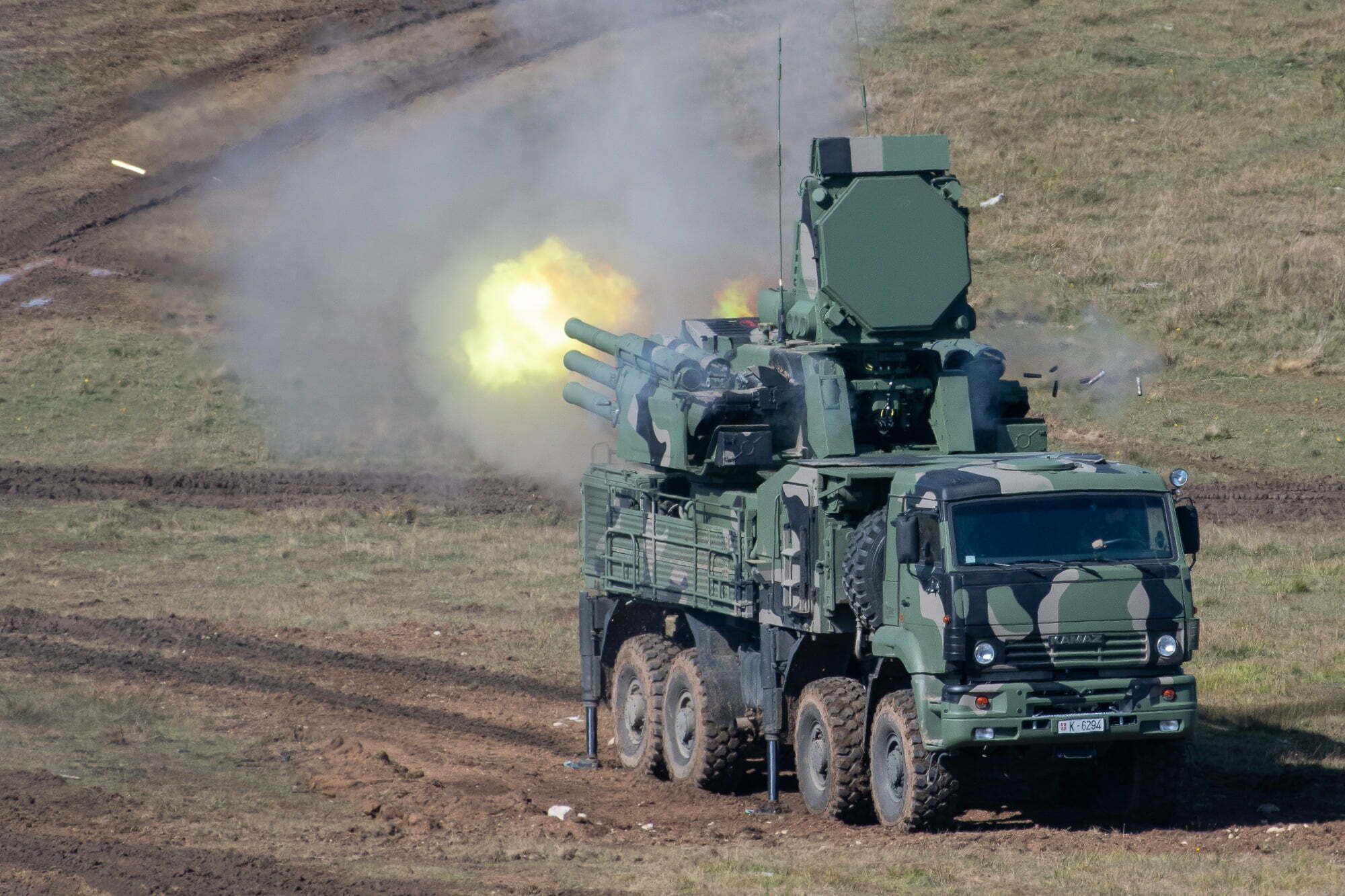 The seventh part of the exercise started with a special parachute landing performed by a group of 30 paratroopers from the 63rd Parachute Brigade jumping from an An-26 aircraft from an altitude of 3,000 meters as well as helicopters landing (including the newly acquired Airbus H-145) for transferring airborne forces.

In order to create conditions for the helicopter landing, the troops of the 72nd Special Operations Brigade arrived in three columns of MILOŠ armoured combat vehicles and “MALI MILOŠ” (Small Milos) unmanned vehicles.

Watch the full video of the exercise below. At 9:20 you can see the Gazelle helicopters in action:

With information from: Ministry of Defence of the Republic of Serbia, thedrive.com