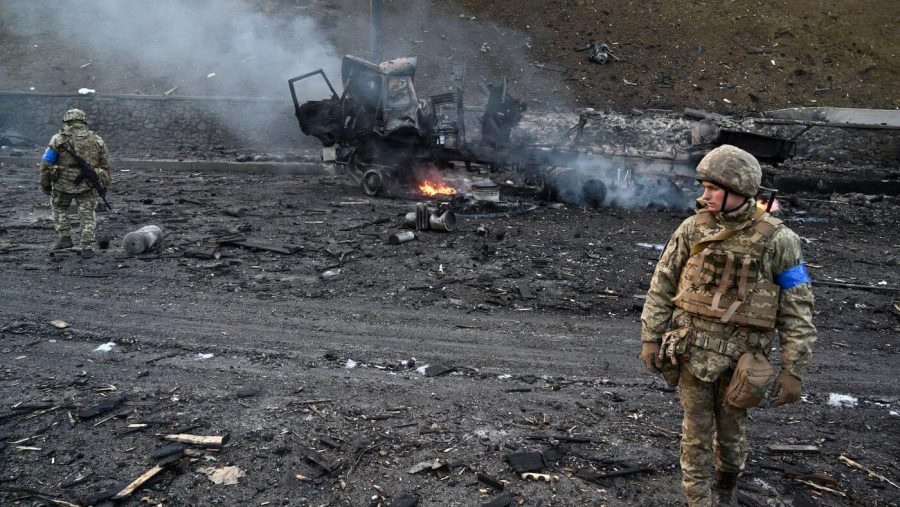 Russian forces bombed the Odessa airport on Saturday afternoon, destroying the runway as the fighting focused on the east of the country.

The airport was hit by a Russian missile that destroyed the runway, without causing any casualties, said the governor of the region Maxim Marchenko.

“The enemy struck from the Crimea with a coastal missile defence system Bastion. The runway of Odessa airport was destroyed. Thank God, there are no casualties,” the governor said in a video posted on his Telegram account.

Ukrainian forces are fighting hard and, according to outside observers, have managed to counterattack in several parts of the Donbass region. The British Ministry of Defence announced that the Russian forces are regrouping and moving forward in order to manage the failure of the advance in the northeast of Ukraine.

Also read: Bombings in Kiev, Odessa and Mykolaiv – Attacks in the Russian province of Kursk

“Right now the focus of the military activity and the fiercest fighting is taking place in the east, where the Ukrainian forces are not just defending, but in some areas counterattacking. And that’s a fact,” said Yuri Sak, an adviser to the Ukrainian Defence Minister.

The situation in Mariupol, however, remains tragic, with Kiev constantly asking for help from the international community to set up humanitarian corridors. At the same time, the leader of the self-proclaimed Donetsk government spoke. “There have been talks. We agreed that citizens, women and children, should leave Azofstal,” said Dennis Pushilin.

The Azofstal plant is estimated to have more than 2,000 Ukrainian fighters, but there are also about 1,000 civilians. At the same time, Kharkov is constantly under Russian missile attacks, but it is still enduring.