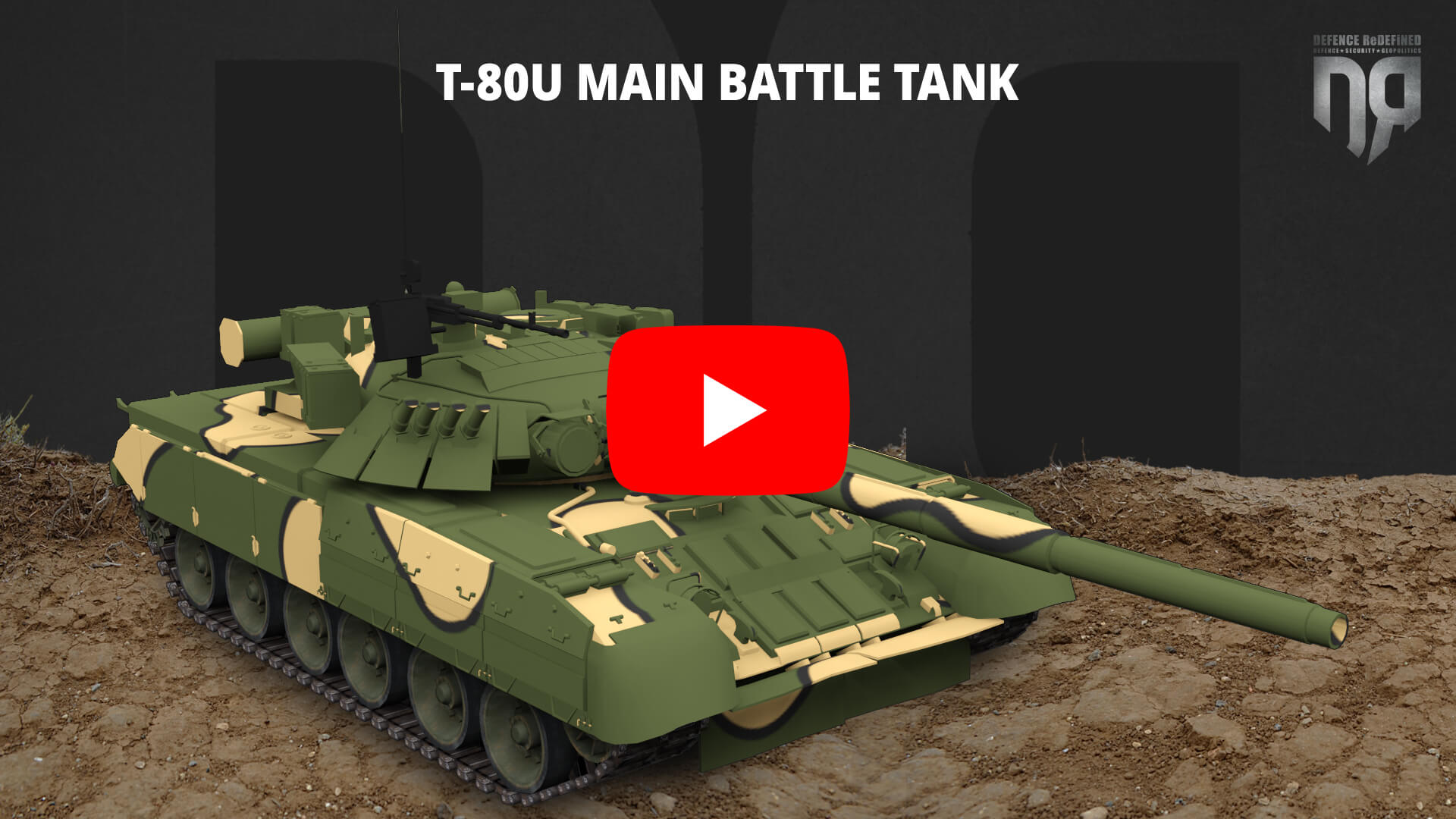 The Russian 3rd generation T-80 tank was designed and built by the Soviet Union and its first version entered service in 1976. To date, the impressive T-80 was produced in various versions with the latest being the T-80UK which bears significant upgrades. The T-80 BVM which was introduced in 2017 is an upgrade of the T-80BV model.

Cyprus initially bought from Russia 41 T-80U (‘U-uluchsheniye’ meaning improvement in Russian) of which 27 were T-80Us and 14 T-80UKs (Commander version) all featuring the same powerplant with a jet-engine. The total cost of that deal was $ 174 million. The tanks arrived in Cyprus in two batches. The first shipment included 27 T-80Us that arrived in 1996, while the second batch of 14 T-80UKs arrived in 1997.

In 2010 the Republic of Cyprus proceeded to a new purchase of 41 refurbished T-80Us and four Brem-80U armored recovery vehicles for $ 115 million. The delivery of these tanks was completed in mid-2011. All T-80U tanks exported by the Russian Federation to Cyprus were part of the Russian’s army stock, while the Brem-80Us were built in Omsk exclusively for the National Guard (N.G).

The addition of Russian T-80 tanks has dramatically improved the capabilities of the National Guard Armor Directorate. In addition to the T-80s, the N.G possesses the French AMX 30B2 and the Brazilian armoured vehicles EE-9 Cascavel, developed primarily for reconnaissance. The delivery of the T-80Us was preceded by the reception of the BMP-3 Infantry Fighting Vehicles (IFVs), which are also under the command of the Armor Directorate of the General Staff of the National Guard (GEEF). 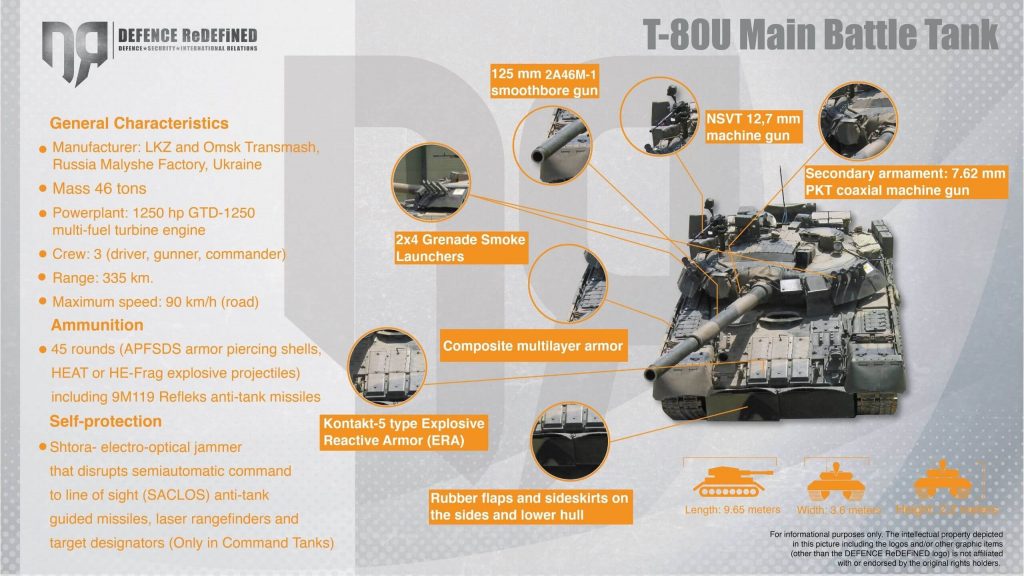 The recent events in Nagorno-Karabakh were another “alarm” for the urgent needs of the National Guard in regards to armaments. As such is the need to upgrade or even purchase new main battle tanks. The second option, even if there were sufficient funds ranging between 450-500 million euros – to buy a new battalion – this could not be implemented in less than 5 years. Also, given the geopolitical and other parameters, the next N.G main battle tank is difficult or even impossible to be Russian but rather European and most probably through a common European program.

In any case, the international best practice favours the upgrade and utilization of tanks in their “half-life” (about 20 years) for satisfactory operation for a lifespan between 40-50 years, or even more in some cases (i.e. the M48 which made its debut in the 1950s) . The most common upgrade option includes the upgrade of the Fire Control System, the electro-optical sensors as well as the tank’s armor.

The first series of the N.G’s T-80Us, as said earlier, has already completed 25 years of service on the island. The second batch of refurbished tanks has already completed a decade of operational use with a total lifespan of about the same years as the first batch of T-80Us. The only upgrade that the Cypriot T-80Us had so far is the optoelectronics systems, which have been modernized in Cyprus with systems offered by the Belarusian JSC Peleng in collaboration with the French Thales (sources refer to Catharine-FC thermal imager).

The possibility of upgrading the National Guard T-80U tanks could include some or all of the following: 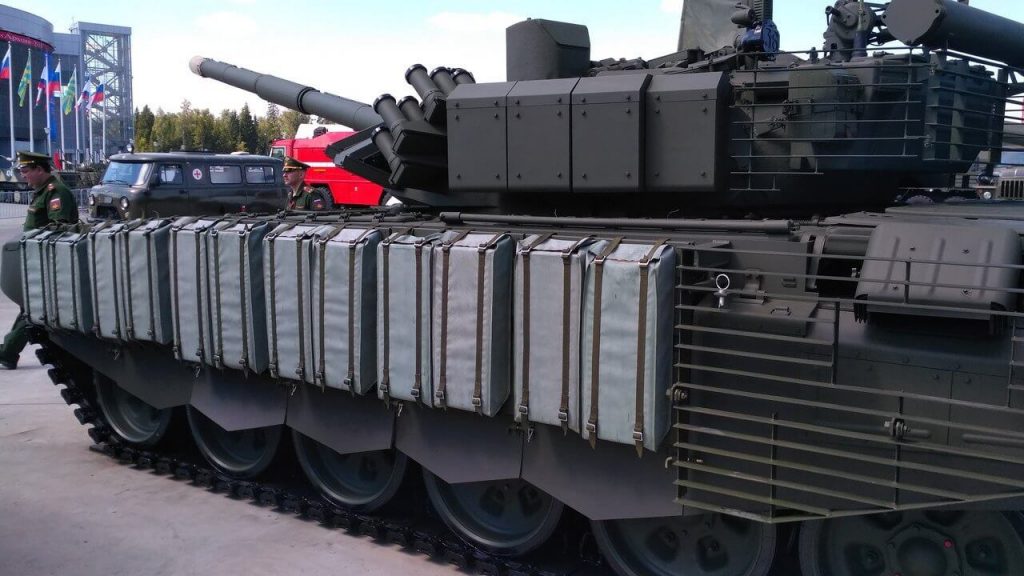 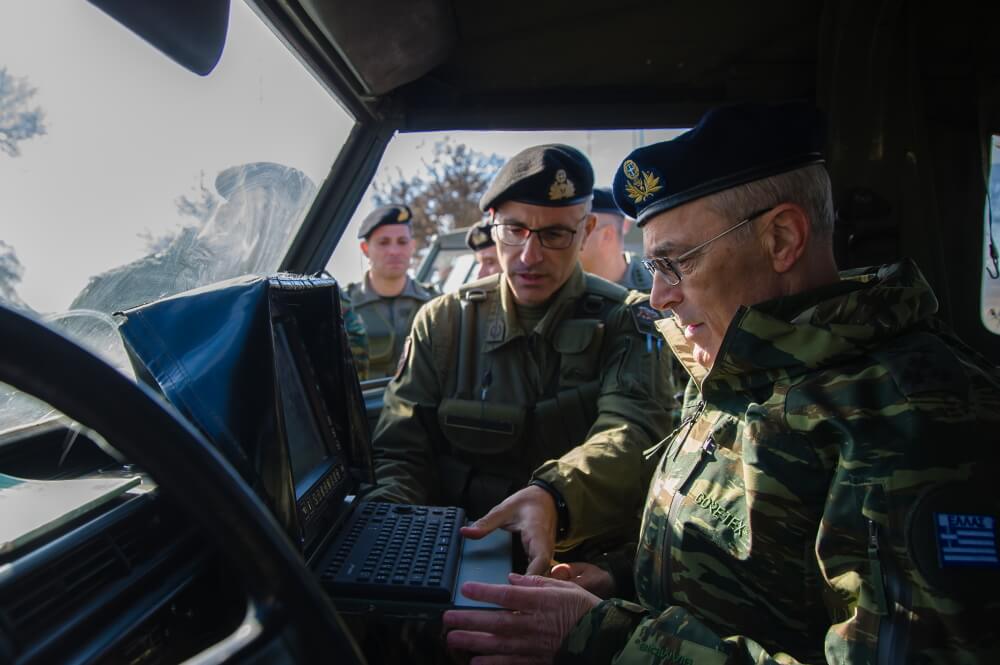 The former Chief of the Hellenic Army Kampas G. in an armors exercise with the use of “INIOHOS” Command and Control system

An example of a modern Command and Control system is the “Iniohos” which is fitted in the Greek Leo2 Hel. The system is interconnected with the main operating systems of the tank, such as the navigation system, the firing system and the radios and is feeded by various data such as the position of the tank on the ground, the ammunition and fuel level etc. The data are transmitted from each “Iniohos” system to the other tanks of the network with the benefit of the tactical awareness in real time.

The “Arena-E” APS system was designed by the Russian KBM specifically for Main Battle Tanks and IFVs such as the BMP-3. It first appeared in 1997 in a T-80UM-1Bars tank. The system has a doppler millimeter-wave radar on the top of the tank’s turret, which detects the incoming threats moving at a speed between 70-700 meters/second. (e.g rockets) at a distance of about 50m, including fly-over attacks. 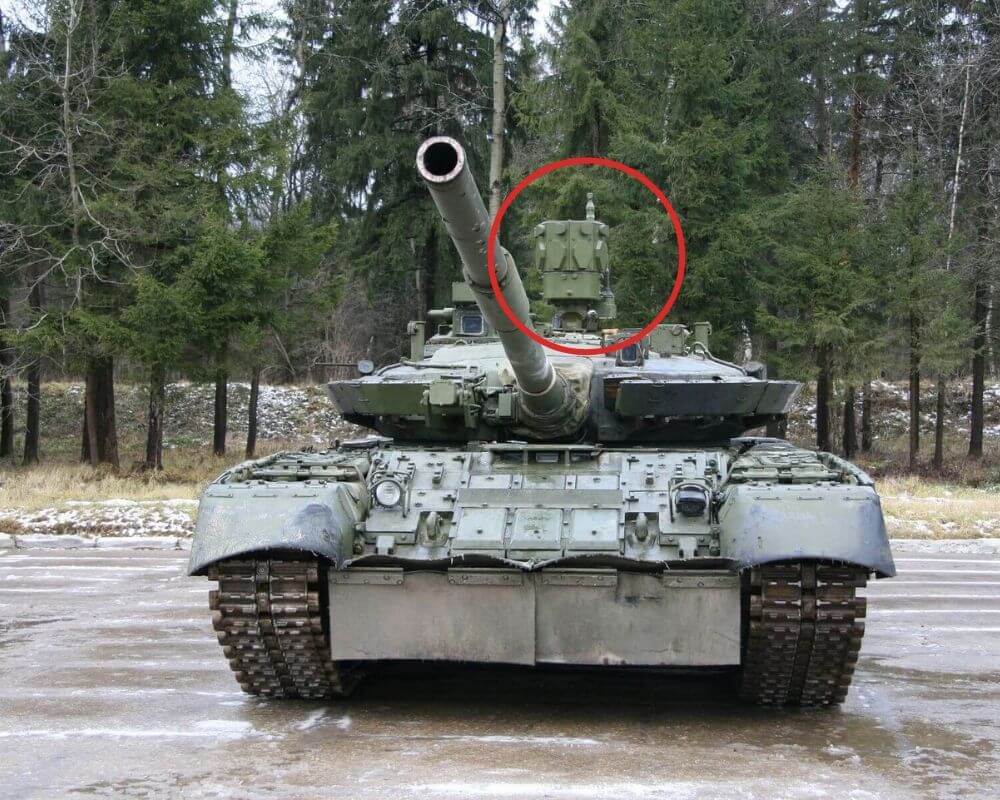 After locating the target, the system activates one (out of the 22 to 30) protective rounds it can carry, installed around the turret. These rounds contain an explosive with fragments which destroys the threat at a distance of 5-10m away from the tank. The “Arena-E” offers protection at an azimuth of up to 270° with the protection radius zone of dismounted infantry around the tank, ranging between 20-30 meters. The weight of the system is between 1000 and 1300 kg. The cost of each system is estimated at around $ 300,000 and an installation on 82 T-80Us and possibly the 43 BMP-3 IFVs will result in lower unit costs.

Improvements can be made to other parts of the T-80U tank except the powerplant which can be replaced, if necessary, with the cost increasing significantly. The existing engine is nevertheless considered to be quite powerful and the armor upgrades are not expected to significantly affect the tank’s agility performance.

The near future is expected to be a decisive period for the future of the National Guard tanks and its backbone, consisting of the two T-80U battalions and the capable IFV BMP-3 battalion. An upgrade, even a partial one, will cost around 100 million euros with an extension of the life limit of the tanks for an additional period of 20 years, without excluding the purchase of a new battalion that, as mentioned above, will have a cost between 450-500 million euros.

The possibility of leasing a Leopard 2A4 MBT battalion, through the European Defence Agency (EDA) and the Leopard 2 Main Tank Optimization Plan (OMBT-Leo 2), is also an option. However, this does not guarantee the sale of tanks, but primarily the leasing of Leopard 2A4s with an upgrade package. The tanks can be supplied by EDA member states which have adequate numbers of this type of tank such as Greece and Spain.

The possible introduction of a Leopard 2A4 battalion in any case is not expected before 2024 and one battalion alone will not be enough to counter the Turkish Occupying Force fleet of tanks.

Also read: The first “official” presentation of the German LEOPARD 2A4 in occupied Cyprus – VIDEO