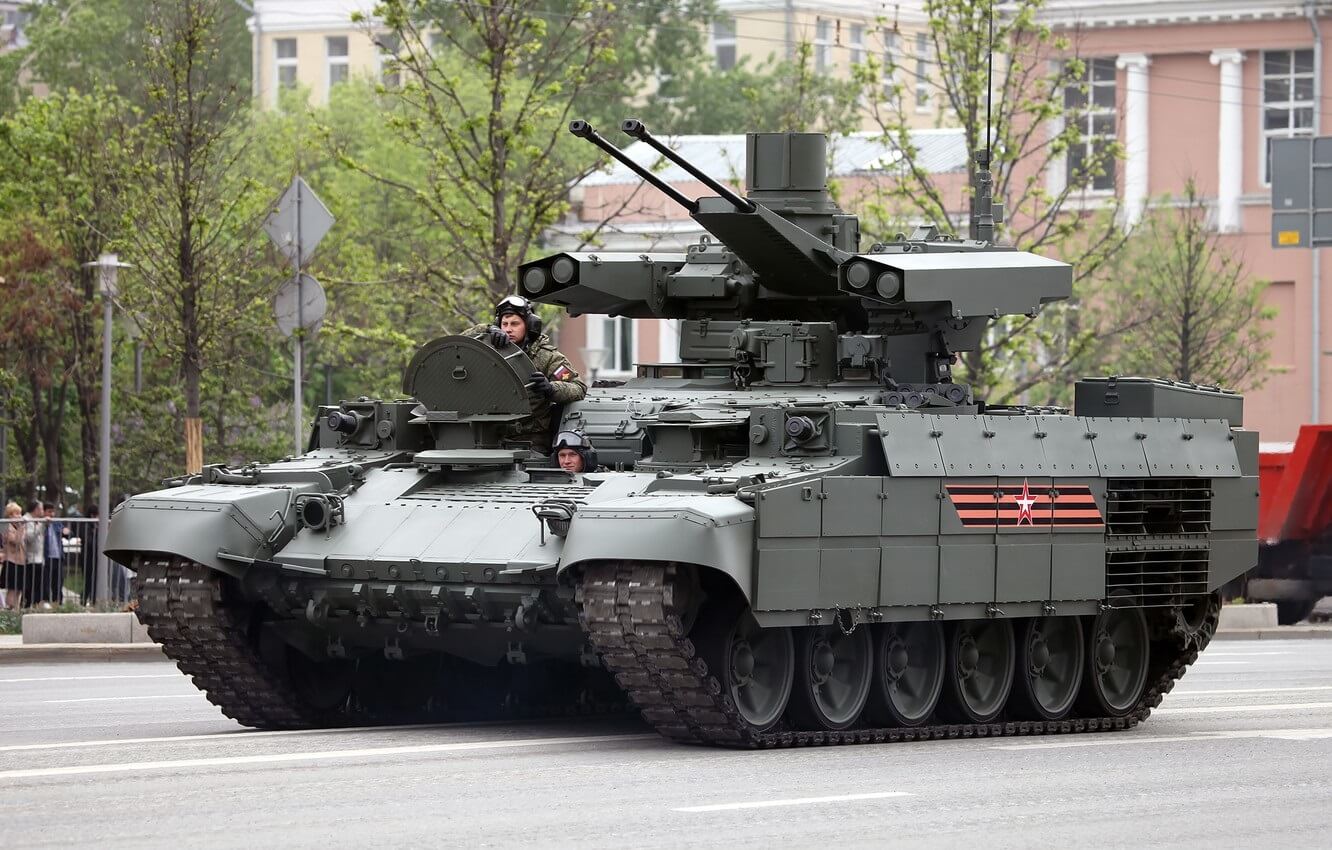 The BMPT “Terminator” is an armored fighting vehicle (AFV) designed and manufactured by the Russian company Uralvagonzavod. The vehicle was designed to support tanks and other armored fighting vehicles in urban and rural areas. It has been nicknamed “Terminator” by its manufacturers, possibly because of its powerful armament or, according to popularmechanics.com, its resemblance to the “Hunter Killer Tank” from the sci-fi movie “Terminator 3: Rise of the Machines” .

In terms of protection, it features the “Relikt” reactive protection system at the front and on its sides and is considered superior to the “Kontakt-5” (used in older models of Russian tanks). It also features smoke launchers on both sides for protection against infrared weapons.

The BMPT was designed based on the experience during the first war in Chechnya. In particular, Russian forces suffered significant casualties including tanks and armored vehicles from attacks in urban areas. A typical example is the one on New Year’s Eve in 1994, when the advance of the Russian forces in the city of Grozny ended in a massacre. The 131st Maikop Brigade lost 800 men, 20 out of 26 tanks and 102 out of 120 armored vehicles in just two days of combat

The Russian tanks, designed for open terrain, were unable to raise or lower their main gun barrels high enough to engage Chechnyan anti-tank gunners.The “Terminator” vehicles were designed to counter that deficiency by driving alongside armored forces inside urban environments.

The BMPT-72 (Terminator-2) has already been tested in Syria and Russian officials say improvements to the new generation BMPT could include surface-to-air missiles that will allow the “Terminator-3” to destroy Unmanned Aerial Vehicles (UAVs), as well as missiles and large-caliber weapon systems.

Recently, the Russian Armed Forces released a video depicting “Terminator” vehicles in a live fire exercise alongside the tanks of the 90th Tank Division.

The USA and the majority of countries that use equipment of Western origin do not have something similar to “Terminator” because there is no need for such a vehicle. In practice, the US Army’s combination of Mechanized Infantry and Tanks has proved very effective, especially in Iraq with the use of Bradley M2 Infantry Fighting Vehicles (IFVs) and Abrams M1A1 tanks.

With information from: popularmechanics.com