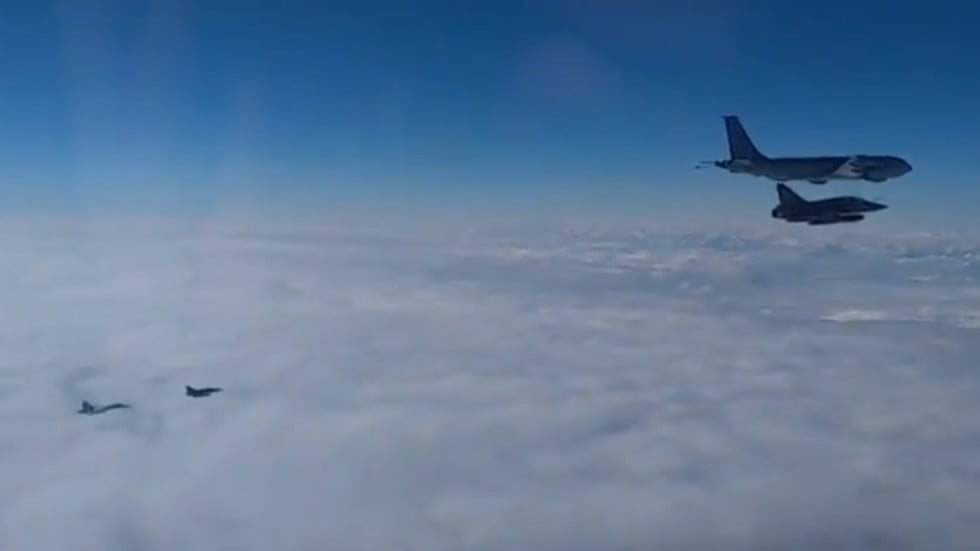 On February 17, two Su-27 fighters of the Russian Air Force and the Southern Military District were deployed to monitor targets approaching Russian airspace over the Black Sea.

The two Russian fighter jets “identified the air targets as a group of French Air Force planes that consisted of a KC-135 aerial refuelling tanker and two Mirage 2000 tactical aircraft and shadowed them over the Black Sea,” the NDCC said.

After the French planes withdrew from Russian airspace, the Russian fighters returned to base. Their flight was “in strict compliance with international rules of using the airspace,” the NDCC added.

According to Russia’s RT network, Wednesday’s interception comes amid increased activity by NATO aircraft and ships in the Black Sea, at the invitation of Ukraine. Last week, Kiev proposed to the US-led alliance to increase air operations in “airspace over the sovereign territory of Ukraine and over open waters.”

Air and sea incursions were not limited to Europe. In November, the USS John S. McCain crossed the Russian maritime border near the city of Vladivostok and was intercepted by the Russian Navy destroyer Admiral Vinogradov.