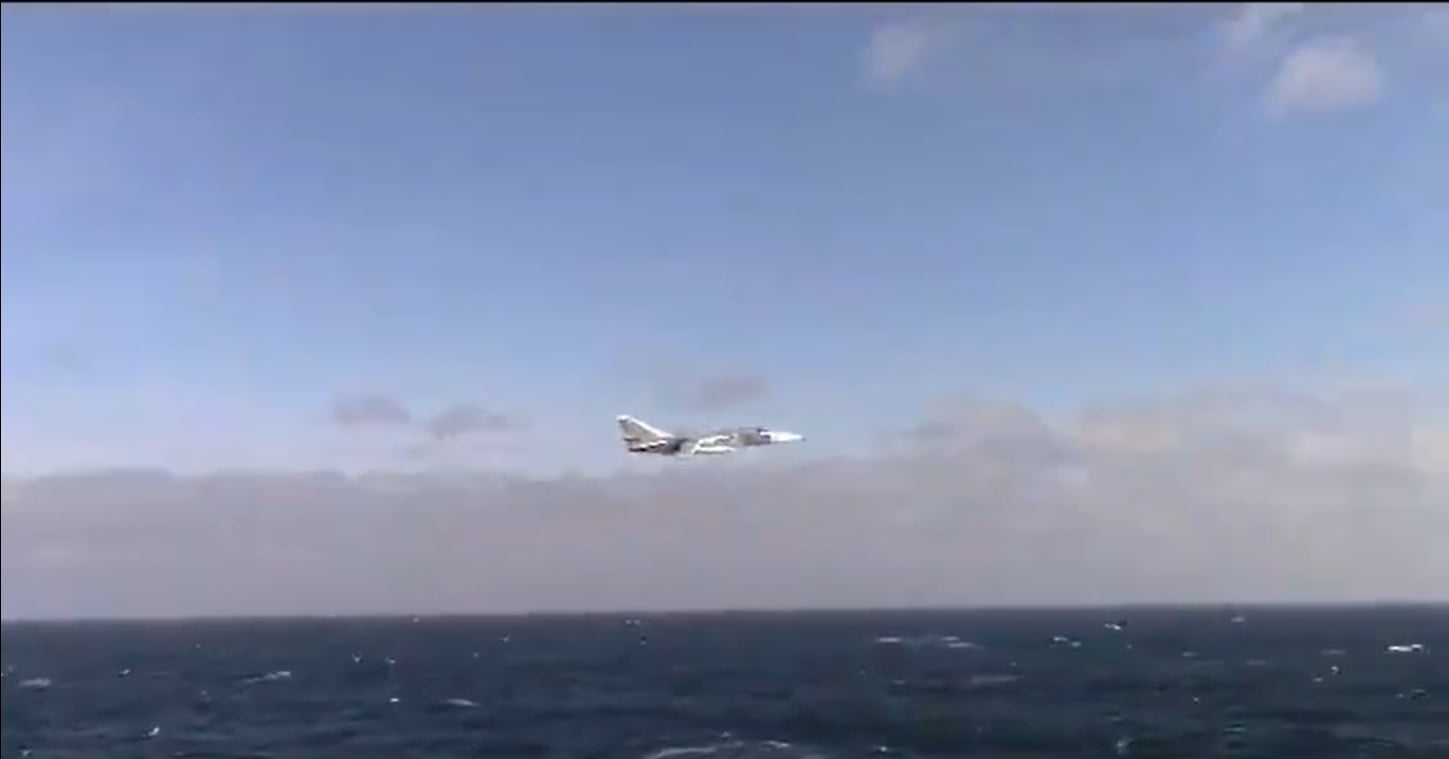 Once again, Russian fighter jets screech past US ships in the Black Sea.

As you will see in the video, a Russian Su-24 fighter jet was conducting a low pass very close to USS Donald Cook, which recently arrived in the area. The US destroyer, according to the post, was sailing in international waters when the Russian Su-24 appeared.

The @USNavy routinely operates in the Black Sea to reassure @NATO Allies & partners and ensure security & stability in the region.

Today, 🇺🇸 #USSDonaldCook operating in international waters in the #BlackSea while a #Russian SU-24 does a low pass nearby.#PowerForPeace pic.twitter.com/6JGNZoncZb