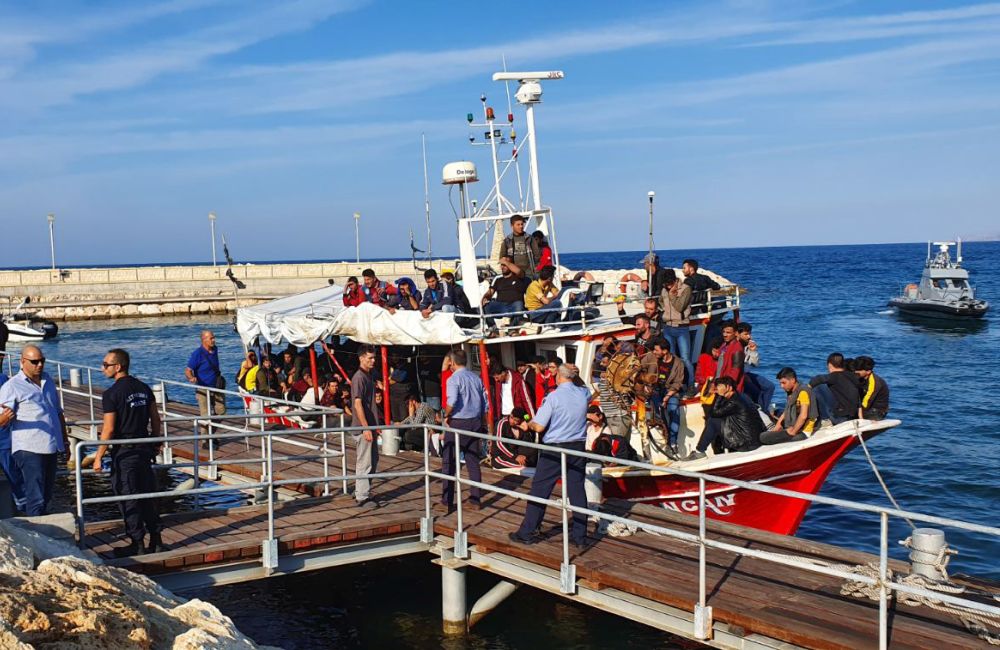 New incidents took place between immigrants on Monday night at the Immigrant and Refugee Centre “Pournara” in Kokkinotrimithia. The incidents took place in relation to the new arrival of illegal immigrants in the remote area of ​​Tylliria early on Monday and sparked reactions and discomfort in the Cypriot public opinion about the immigration crisis that Cyprus is facing.

The recent incidents between Syrians and Africans, in which 35 immigrants were injured, are a recurring phenomenon for which the State must make a decision and implement a strict policy.

Our page contacted the Coordinator of the Minister’s Office and Spokesperson of the Ministry of Interior, Loizos Michael, asking him questions about immigration and Cyprus’ engagement in immigrants’ repatriations.

Initially, Mr. Michael told us that out of the 7,000 asylum seekers (in 2020), about 1,500 are Syrians. He also confirmed that most of them come from the Turkish coast, expressing the certainty that their arrival in Cyprus is methodically promoted by the Turkish state.

In fact, Mr. Michael said that these are refugees for whom Turkey has received European funds so as to host them in its territory. As for the reasons why they choose Cyprus as a destination, Mr. Michael replied that most of them have been deceived by traffickers, who promised to transport them to European territory.

Regarding the issue of safety, with the increased flows, Mr. Michael said: “The daily flows of men aged 25-40, are a cause of concern for us. The Republic of Cyprus does not have full control of its territories, as a result of which we have many flows of immigrants coming from the buffer zone. However, both the Police and the National Security Authority are monitoring these flows. Nevertheless, security issues are not the responsibility of the Ministry of Interior.”

As to whether Cyprus engages in the deportation of the illegal immigrants, the representative of the Ministry explained that deportations are taking place; however, there is a problem with those immigrants arriving from the Turkish coast. Specifically, due to the fact that Syria is not among the safe countries, the Republic of Cyprus cannot send them back to their country, nor to Turkey, which does not recognize the Republic of Cyprus.

As far as we know, deportations of immigrants with unfounded asylum applications have taken place. These are people from African countries, Lebanon, India, Georgia and from safe countries of immigrant origin.

“We are negotiating with the European Commission and our Partners to reach a joint agreement. The first pillar is the renegotiation of the agreement made with Turkey in 2015, on the retention of immigrants in its territory and at the same time to accept the return of immigrants whose arrival to the territory of the Republic of Cyprus is proven.”