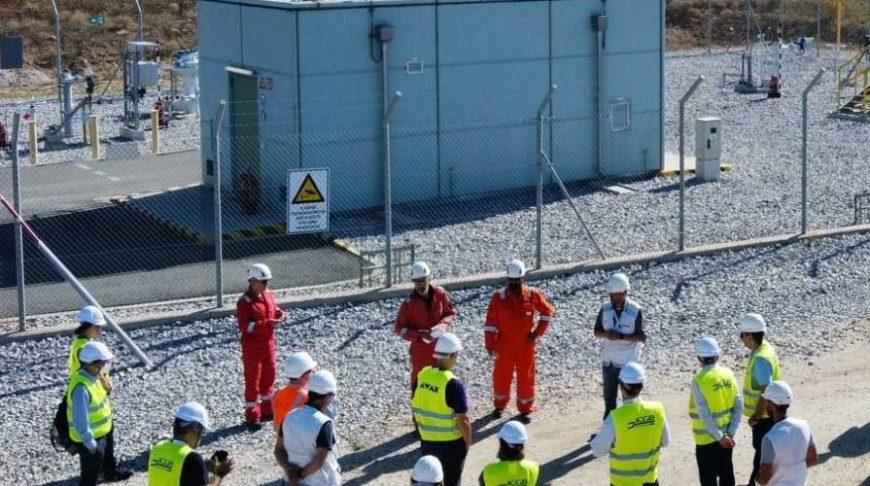 The Interconnector Greece-Bulgaria (IGB) pipeline is in the final stage of completion and the administrative procedures for the granting of the operating license and the right-of-use acts are ongoing in both countries.

The ICGB announcement states that the entire section of the 31 km long interconnection in Greek territory was inspected for two days (September 8 – 9) with representatives of the Greek Ministry of Environment and Energy (Hydrocarbons Directorate-Installations Department) and ICGB management.

ICGB Executive Directors, Teodora Georgieva, and George Satlas, said the whole process involves on-site inspections and a detailed review of a range of project documents. This is to ensure that the completed works meet all requirements for the safe operation of the entire gas infrastructure, the feedback they are currently seeing from members of this site visit is positive and they hope this will result in timely issuance of the required operating license for Greece.

Both officials stressed the national and international importance of the commercial launch of the IGB, expected on October 1.

The announcement also states that they are considering a pipeline that opens a new, secure gateway for diversified natural gas deliveries not only for the two host countries, but also for the wider Southeast European region and with the possibility of transporting natural gas to Ukraine and Moldova as well.

The total length of the natural gas pipeline is 182 km and its diameter is 32” with a design capacity of up to 3 billion m3/year in the Greece-Bulgaria direction. Further, the pipeline is designed to increase its capacity up to 5 bcm/year depending on market interest and the capabilities of neighboring natural gas transmission systems.

The opening ceremony of the Greece-Bulgaria Interconnector took place in Komotini on July 8.

Also read: Bulgaria | To double the capacity of the LNG terminal in Alexandroupolis