SECURITY
Bulgaria | To double the capacity of the LNG terminal in Alexandroupolis
Defence Redefined
Published on 31/08/2022 at 17:30 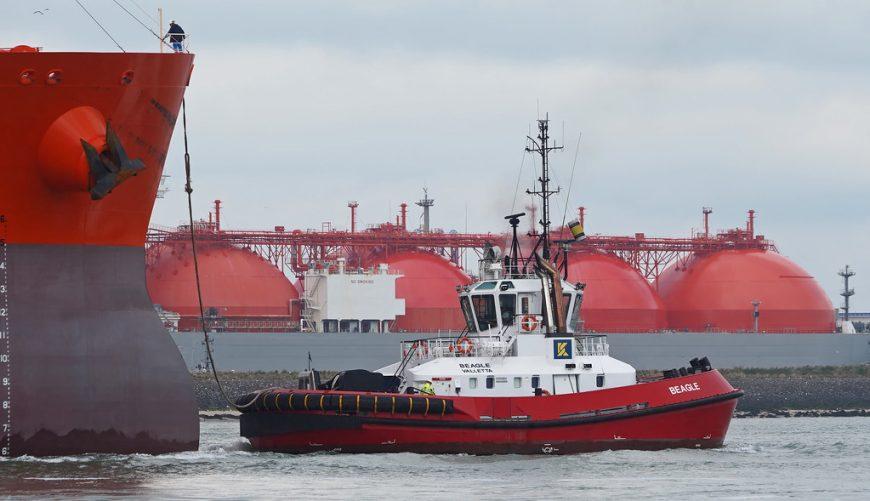 Bulgaria has reached an agreement in principle to double its reserved capacity at a new liquefied natural gas (LNG) facility to be built off Alexandroupolis, the interim Energy Minister said on Monday.

Rossen Hristov told reporters that increasing the reserved capacity to 1 billion cubic meters (bcm) of natural gas per year at the LNG terminal, expected to become operational in late 2023, will help the Balkan country ensure a diversified and stable supply of natural gas.

The interim government, which has come under fire at home for seeking to renew gas supplies from Russia’s Gazprom, has said it plans to open tenders for medium- to long-term gas deliveries and wants to import more LNG gas through Greece.

The Alexandroupolis terminal is to be built by a consortium of the Kopelouzos family, the natural gas companies DEPA and DESFA, the Bulgarian Bulgartransgaz, and the Cypriot Gaslog. It will be able to process 5.5 billion cubic meters (bcm) of LNG per year and store 153,500 cubic meters.

Also read: Bulgaria | 70 Russian diplomats are to be expelled

Bulgaria is struggling to secure gas at optimal prices for the coming winter after Russia cut gas supplies in April over Sofia’s refusal to pay in rubles amid European sanctions on Moscow over its invasion of Ukraine.

The interim government sought talks with Gazprom to renew supplies under the current contract that expires at the end of 2022 and to reschedule gas shipments that the country had not taken until next April or June.

Many local energy experts have slammed the plan as dangerous, pointing out that Russia has used natural gas as a political tool to drive a wedge between EU members and outlining the risks such talks could pose in a potential future arbitration case.

On Monday, Hristov said Gazprom had yet to respond and reiterated that the interim cabinet would not seek a new contract with the Russian energy giant.

Also read: Greece – Bulgaria | Plans for the revival of the Rail T-K-A-B-V-R Project