IFV Bradley’s replacement for the US Army丨Candidates 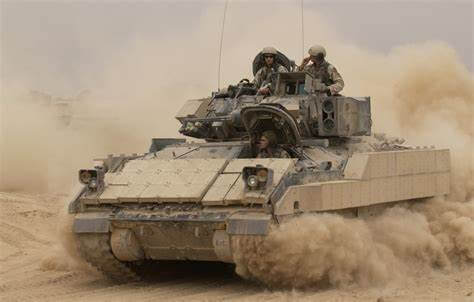 The long-lasting effort of the US Army to find the successor of the Infantry Fighting Vehicle (IFV) “Bradley” – in service for decades – seems to be reaching its completion.

At least three major projects have been announced in the past aiming to achieve the design of the vehicle’s replacement, which turned out fruitless at the huge cost of over $ 20 billion.

Under the Optionally Manned Fighting Vehicle (OMFV) program, which lasts up to 15 months, the companies in question aim to offer a new – digital – design to be evaluated by the Army.

The process at this stage reaches $ 300 million, and if completed, thousands of armored vehicles will be ordered to replace the M-2 Bradley.

The reasons for the said past failures are numerous. On the one hand, the constant changes in the specifications as the Army demanded increased survivability, but also enhanced strike capability as well as improved maneuverability. An autonomous vehicle was later sought, but the cost per vehicle was high. The consequence of this was to limit the manufacturers’ interest, who did not see the process as effective.

Meanwhile, remarkable IFV proposals have already been presented internationally over the years by various companies. Nonetheless, they either did not meet the American requirement or were considered expensive. However, in the basic specifications of the next “Bradley” the option of autonomous unmanned operation (Optionally Manned Fighting Vehicle, as the relevant program is called) is still offered.