IDEX 2021 | The French system that may provide solutions to the National Guard’s confrontation with UAVs – photo
Defence Redefined
Published on 24/02/2021 at 12:17 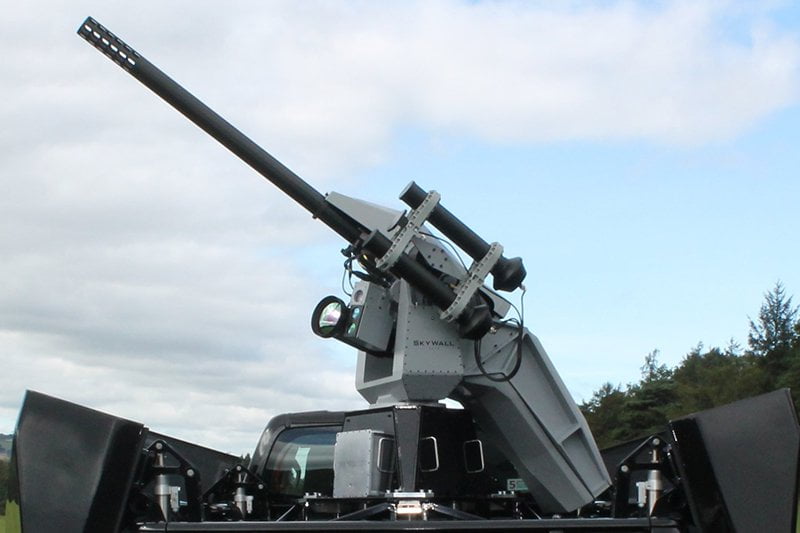 The Minister of Defence, Charalambos Petridis, and the Chief of Defence (CHOD), Lieutenant General Demokritos Zervakis, attended the IDEX 2021 exhibition where – in addition to meetings with their counterparts – they had the opportunity to see various such systems for themselves.

The statements made by Defence Minister Charalambos Petridis last month, namely that “unmanned aerial vehicles are on our list,” reasonably implies that the leadership considers the acquisition of such tactical UAVs, since it has already acquired a number of Aerostar TUAS in 2019 which conduct, inter alia, land and sea surveillance operations.

Given the difficulty or even the impossibility on the part of the Republic of Cyprus regarding the acquisition of American or Russian weapon systems, the acquisition of “anti-drone” systems turns to other markets. Among them are the European and the neighboring Israeli markets, but also companies in the Middle East and Asia.

If the National Guard decides to equip itself with counter-UAV systems, a potential market to turn to is France. We remind you that Cyprus has maintained excellent relations with France over time and companies such as MBDA, which equip the National Guard with weapon systems such as Mistral air defence systems (VSHORAD anti-aircraft missiles), MILAN anti-tank guided missiles (ATGMs) and Exocet anti-ship missiles.

On Sunday, February 21, at the IDEX 2021 exhibition in the UAE, the MBDA presented a new counter-unmanned aerial system (C-UAS) system. This is the “Sky Warden” system used for the detection – neutralization of enemy UAVs, which operates both autonomously (stand-alone configuration) or as an integrated component in a multilayered air defence architecture.

The “Sky Warden” system can be vehicle-mounted or dismounted based on its operational use. It uses a networked ecosystem of constantly evolving sensors and weapons, drawing on MBDA’s extensive air defence experience, to offset the threat of UAVs.

“Sky Warden” is able to effectively neutralize all classes of UAVs, from class 1 micro-UAVs to large unmanned combat aerial vehicles (UCAVs) as well as other conventional airborne threats.

At the core of the system is a command and control system (C2) coordinating the sensors and other soft/hard-kill effectors.

The modular array of sensors integrated to the system include a SAAB radar, CERBAIR’s passive RF sensor and an electro-optical system which integrates specific Artificial Intelligence (A.I) algorithms for image processing thus allowing an early identification of the type of the approaching UAVs.

This system has a modular open architecture that can be adapted to end-user requirements or to ‘plug and play’ sensing and effector technologies in the future.

Also read:  Ahead® ammunition and the prospect of upgrading “OTHELLOS” for the National Guard | Photos & VIDEO

As far as we know, the political and military leadership of Cyprus was intensely concerned with the destructive action of UAVs and loitering munitions in the recent conflict in the disputed Nagorno-Karabakh region between Armenia and Azerbaijan. Now the National Guard’s armament program is oriented towards dealing with this threat.

With information from: MBDA / shephardmedia