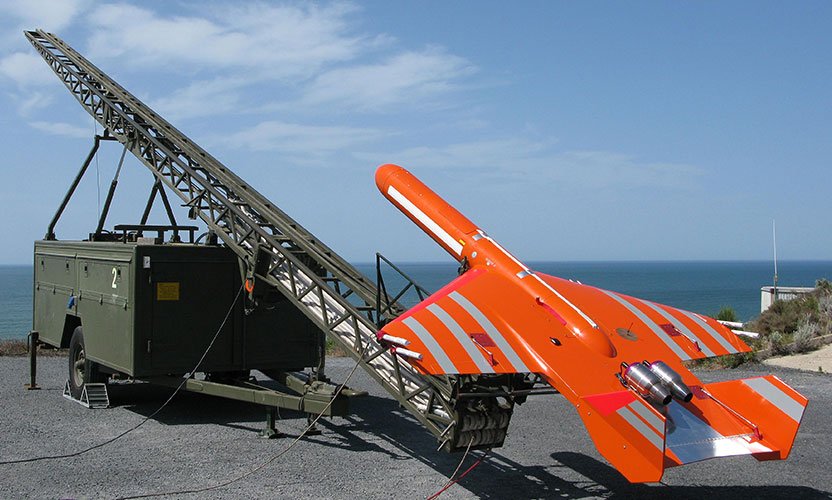 On November 2nd and 4th, ASRAD / STINGER and OSA-guided anti-aircraft missiles were fired at the firing range of Crete. In the framework of a contract between the Hellenic Army and ALTUS LSA, the target drones used for the firing were the ALBA and SCRAB II drones.

The ALBA is a highly operative and easily transportable target drone thanks to its design and its minimal dimensions, of only 2.2 meters in wingspan and 1.8 meters in length. Furthermore, it is specially adapted to be used in manoeuvres with 35-90 mm autocannons and with MISTRAL or similar missiles. The system has already been tested in hundreds of operational activities.

The SCRAB II is a target drone designed and built to combine outstanding performance and maximum simplicity in operation and maintenance processes.

Its propulsion consists of two turbines operated autonomously by the onboard electronics of the target drone itself. The power of this configuration provides the SCRAB II with remarkable flight capacities, reaching speeds of up to 120 m/s.

On the other hand, its simple operation makes it a multipurpose target, which can be used in all types of locations. This includes ships for offshore exercises as the drone’s internal components are protected. Moreover, the reliability of this target drone’s communications, which reach radio link distances of up to 100 km, is outstanding. Finally, it uses standard aviation fuels (Jet A-1, JP5, JP8).

The SCRAB II target drone can be used in missions that include the use of different types of weaponry, including, among others, STANDARD, HAWK, ROLAND, or IRIS-T missiles. On the other hand, the system is prepared to accept a wide variety of payloads.