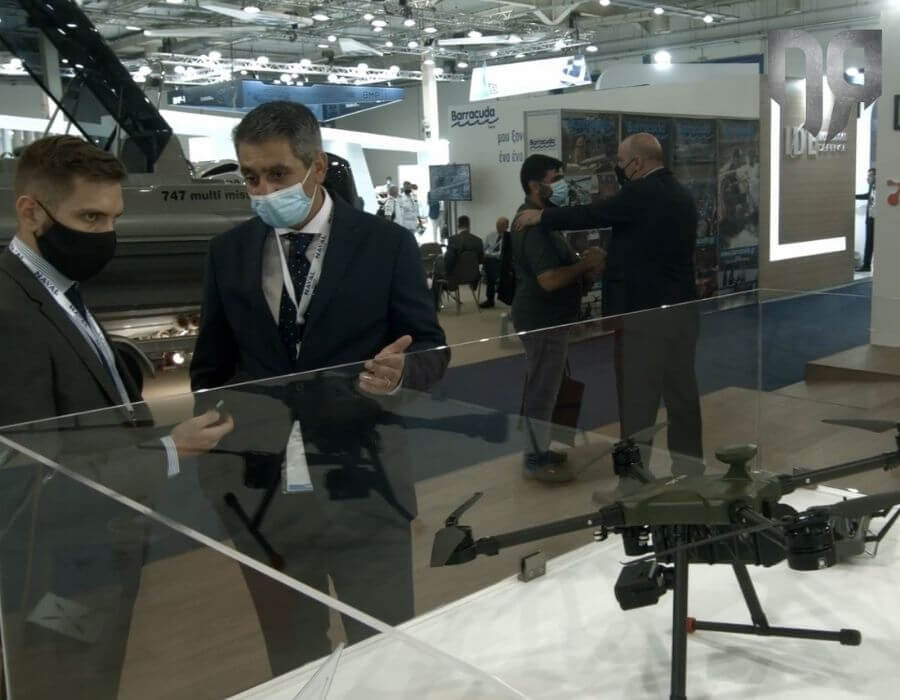 During our presence at DEFEA one of the Greek companies that we had the pleasure to visit is ALTUS LSA.

The CEO of ALTUS LSA, Mr. Zacharias Sarris, presented to us some of the company’s innovative products which include, among others, a prototype UAV which is designed to feature a jet engine.

ALTUS has systems operating in the green zone of Ukraine and has conducted operations with NATO in some Balkan countries involving ISR (Intelligence, Surveillance and Reconnaissance), while in 2012 it performed a service contract with Hellenic Police for the surveillance of land borders.

During DEFEA, Mr. Sarris presented us three company models with the first being the ATLAS-204. The product in question is an unmanned quadcopter (Rotary-UAV), in service with the Greek Army and the Hellenic Navy. It has an endurance of 50 minutes, up to 15 kilometers remote-controlled transmission from the launch point and a weight of 7 kg. The ATLAS-204 features a camera with digital zoom x30 and an infrared camera with digital zoom x20, while at the same time a payload release system can be applied. 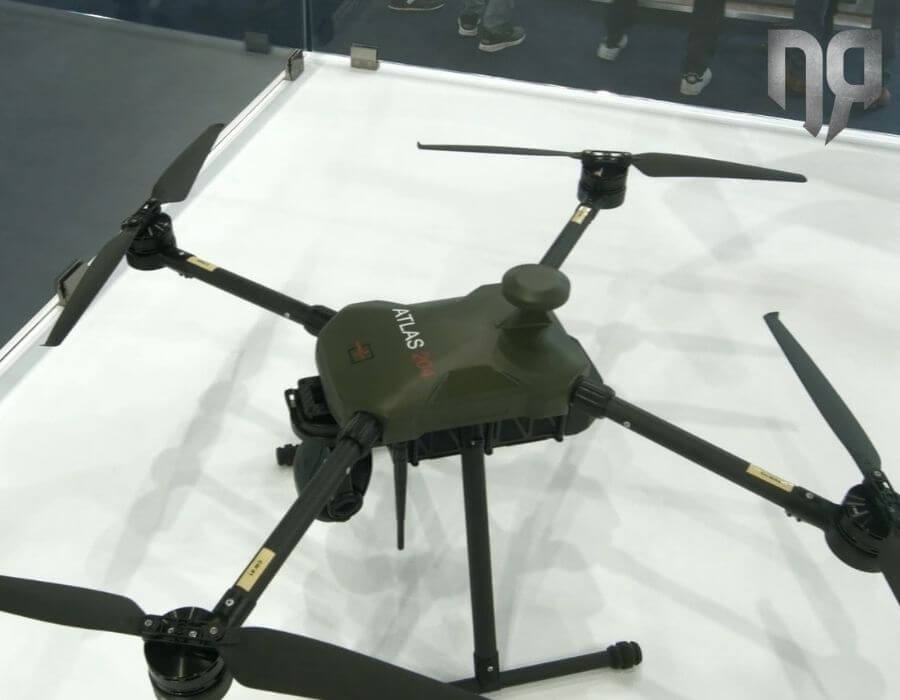 This system can carry out a variety of missions such as surveillance, search and rescue as well as any aerial intelligence gathering mission. It has systems that allow it to operate in a hostile environment and to continue its mission even in case of interference. It is easy to use and can be carried by the hoplite or the commando in the field of operations.

The next system presented to us was the ATLAS-4, another quadcopter UAV used by the European Maritime Safety Agency (EMSA). Over the next 4 years, this system will not only monitor the marine environment, but will also be able to measure the emissions of passing ships and EMSA will be able to receive data in real time and check the compliance of emissions with European environmental regulations.

During these operations, the ATLAS-4 is either launched from a port, an EMSA vessel or any port authority. The drone has an Automatic Identification System (AIS) with which it can receive real time maritime traffic. The data is sent to EMSA, which in turn gets information about ships that can be inspected. The drone approaches the vessel and performs the emission  measurements. 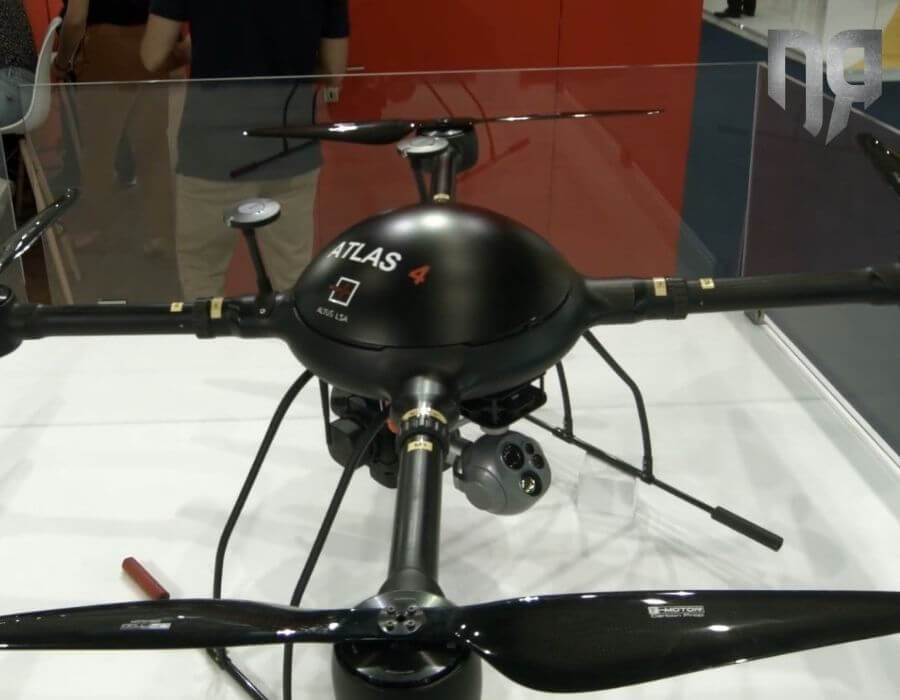 Asked about the adaptation of the system to the different requirements of the Services – Armed Forces, the CEO of ALTUS answered that the final product is customized according to the customer’s requirements. The company, according to Mr Sarris, designs products with a focus on the future market trends through their 10-year experience in the field.

Also read: The threat of Turkish UAVs and the case of Cyprus What the chairman of the Defense Committee told DEFENCE ReDEFiNED

Based on tomorrow’s defence market, ADAM was developed, the last of the three systems presented to us. ADAM was developed through the collaboration of four Greek companies: CFT (Carbon Fiber Technologies) for the manufacturing of advanced composite materials; Atmosphere, a spin-out company of the Aristotle University of Thessaloniki for the design; Adaptit for the communications and ALTUS LSA which brings together all the  subsystems – after the avionics and various sensors installation – to a turnkey solution suitable for any mission. 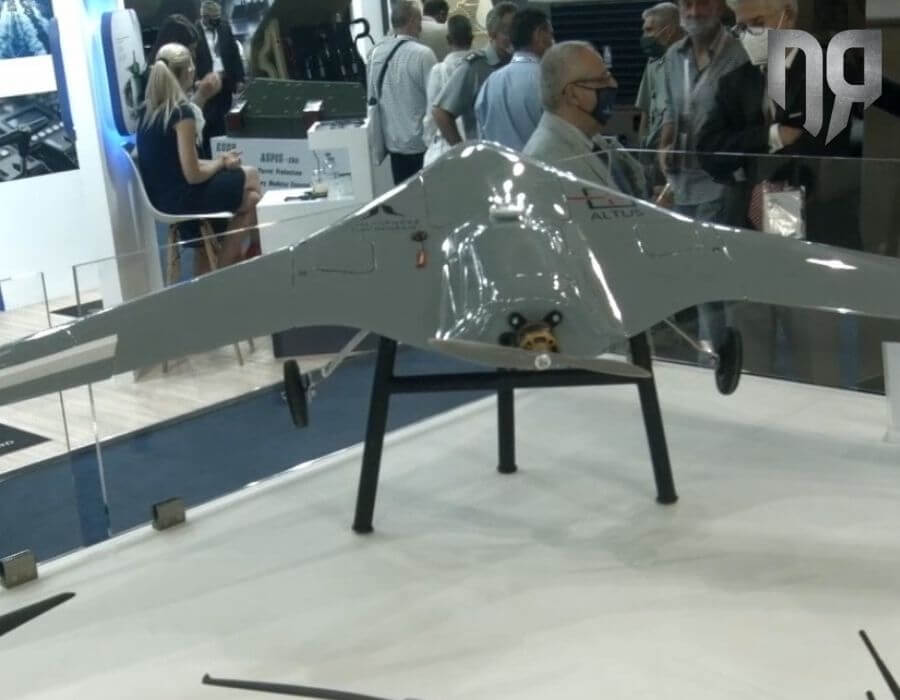 ADAM is currently under flight tests, while its differentiation in the final model is the propulsion with a jet engine. This system mission is the fast penetration into hostile territory at high speed – 0.8 times the speed of sound – and with a maximum flight altitude of 30,000 feet. ADAM also features the ability to fly in terrain following mode, with huge maneuverability and low RCS.

Asked if the system is modular, Mr. Sarris replied that it will be possible to change some structural elements of the system to be able to cope with any mission.

Watch the video below (with en subs) with our very interesting conversation with Mr. Zacharias Sarris at the ALTUS LSA pavilion in DEFEA. 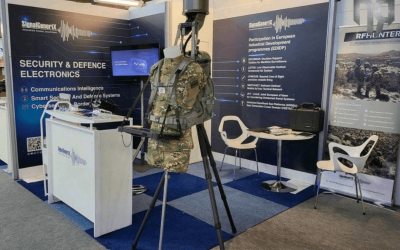