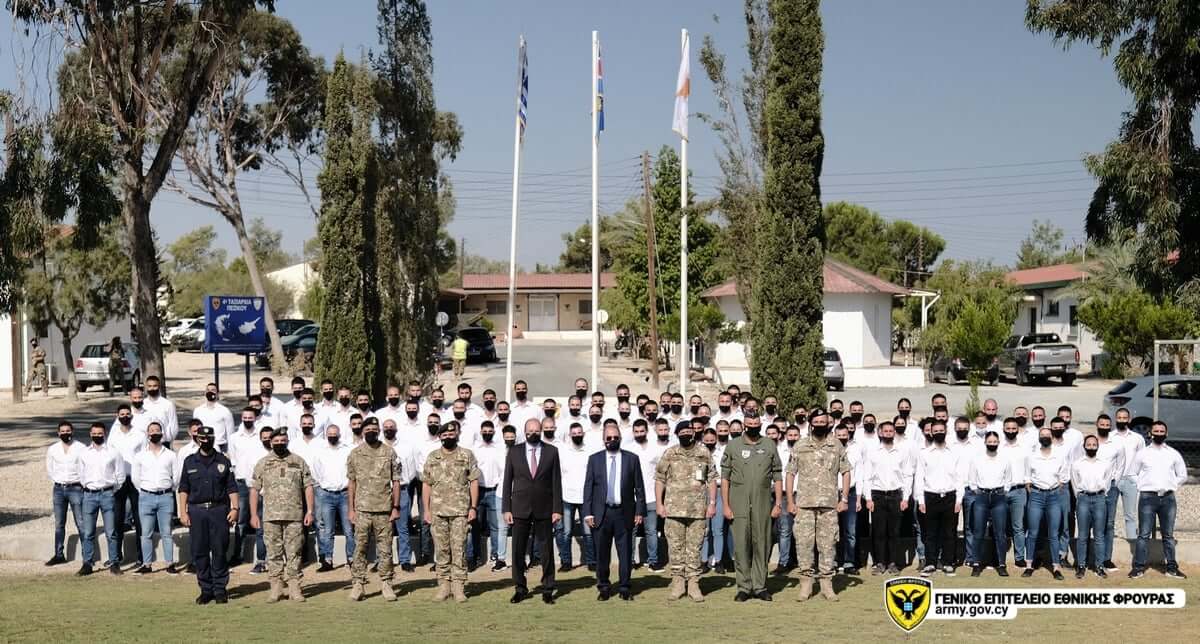 On Friday, September 3, 2021, the graduation ceremony of the prospective students of the Officers and Non-Commissioned Officers (NCOs) Military Academies in Greece was held at the Camp “H. PAPAKYRIAKOU” in the presence of the Minister of Defence, Mr. Charalambos Petridis, and the Chief of the National Guard, Lieutenant General Democritus Zervakis.

The graduation ceremony was held for the candidates who secured a place in the Hellenic Military Army Academy, Air Force Academy, Naval Academy and NCOs Academy of the Army, Navy and Air Forces. In turn, the Minister of Defence, Mr. Petridis, addressed the young students of the said military academies, telling them that the ceremony marks the commencement of their active service in the Armed Forces, while he added that this choice honors both themselves and their families. Finally, Mr. Petridis wished them well in their education and career.

This ceremony marks the beginning of the new candidates’ course in the National Guard (N.G.), that is why the family of the latter wishes them well in this new beginning.