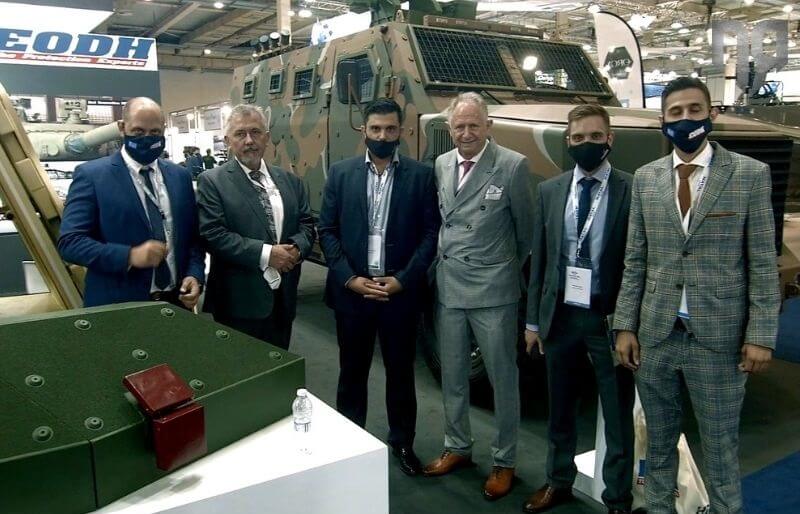 EODH, a Greek innovative company specializing in the field of protection for vehicles, has been working together with the German prime manufacturer for heavily armoured wheeled and tracked vehicles in Europe, Krauss-Maffei Wegmann (KMW) of the KNDS Group, for the last 20 years.

EODH’s President Mr Andreas Mitsis and Mr Heinz Oestervoß, the Senior Vice President of KMW, spoke to DEFENCE ReDEFiNED in EODH’s stand at DEFEA, explaining the reasons that led to the extension of their cooperation.

Mr Mitsis noted that EODH is deeply honoured because Mr Oestervoß flew from Munich to Athens in order to sign the 10 year-contract for the continuation and the enhancement of their cooperation. Mr Mitsis added that this is a major milestone for EODH because it can yield more than 100 million euros in workload.

The President of EODH also publicly expressed his appreciation to KNDS CEO Mr. Frank Haun, the CEO of KMW Mr. Ralf Ketzel, the Senior Vice President Mr. Oestervoß, as well as EODH’s prime suppliers and their team for their continuous support. 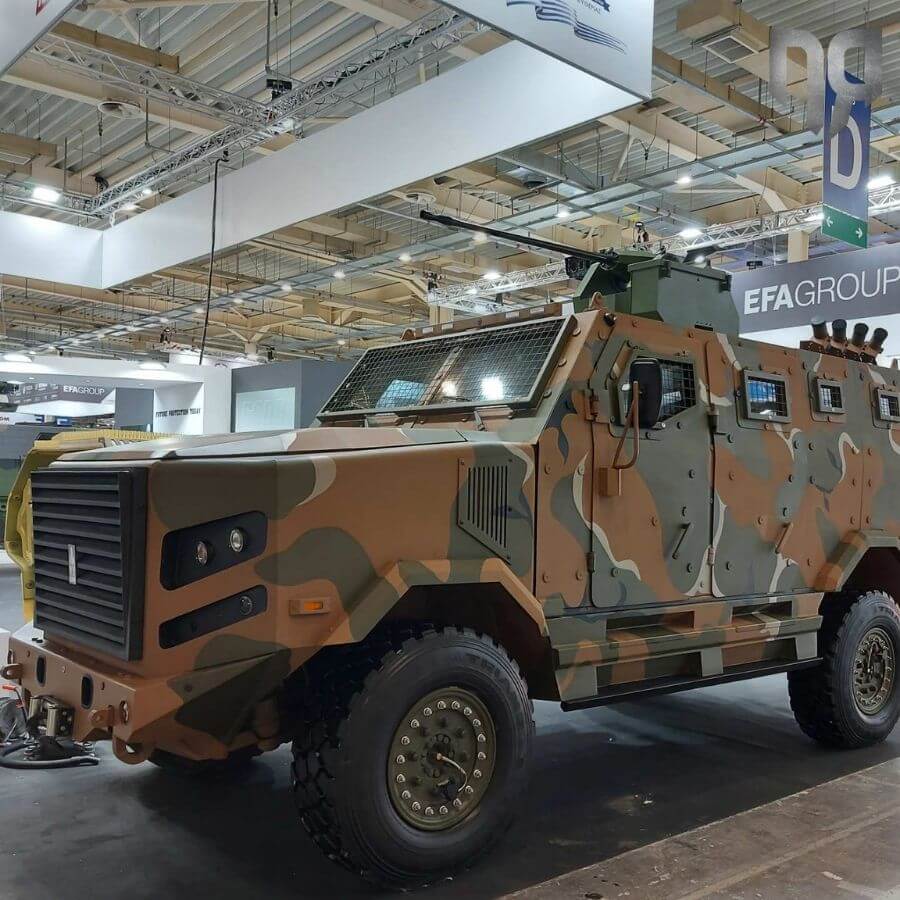 “We are also very honoured to be trusted to install our state-of-the-art protection technologies on the Leopard, the Boxer and on Dingo as well as the Hoplite today. It seems that Greece and Greeks can do it,” Mr Mitsis stated.

Mr Oestervoß noted that a long-term relationship is very important for KMW. The cooperation with EODH began with the Leopard 2 A6 HEL project in Greece.

“It is very important to be number one in protection because the lives of the soldiers are very important. The Dingo is combat-proven and I am proud to say that no German soldier was killed in a Dingo or a Fennek in Afghanistan”, Mr Oestervoß added.

Mr Oestervoß also highlighted that KMW chooses the best partners around the world to do business with and Mr. Mitsis and his company is one of them.

Asked about the future trends in the industry, KMW’s Senior Vice President told us that the contract signed today also marks the development of the wheeled vehicles industry.

Mr Mitsis added that another challenge coming up, is the involvement of KNDS Group in the so called “Eurotank” which is cited as the Main Ground Combat System (MGCS).

“We are deeply honoured because a small company from Greece is involved in the development of the future protection of this Main Battle Tank,” the President of EODH said.

Asked about the future in protection technologies, Mr Oestervoß said that this will be a mixture of passive protection and a combination of reactive protection and/or active protection systems, pending on the situation and vehicle. Mr Mitsis added that what’s making the difference in a combat vehicle is not only the armament, but also the survivability “suit” it is wearing.

The Greek Cypriot entrepreneur concluded by sending a message to his homeland, saying:

“We have to try, merely watching things happening doesn’t mean anything.”

Also read: Brazil is interested in modernizing the EE-9 Cascavel 6×6 fleet – What about the National Guard?