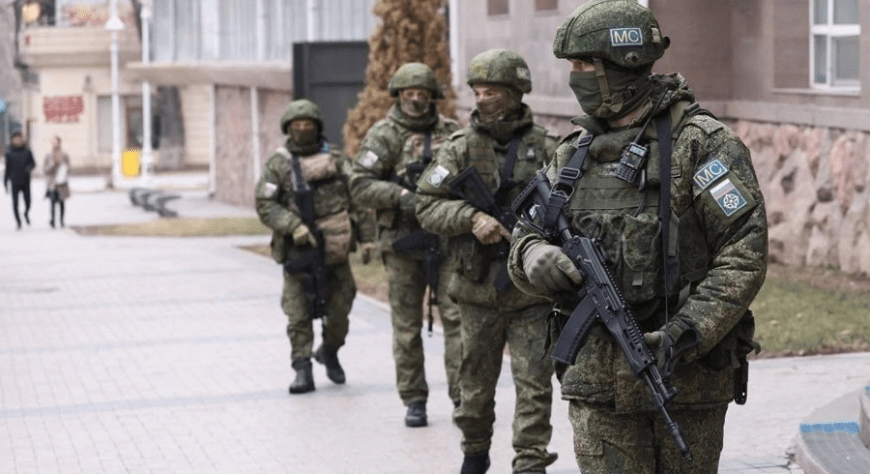 The truce agreed between Armenia and Azerbaijan has been in force since Wednesday night, according to the secretary of the Armenian Security Council, Armen Grigorian.

Specifically, the latter stated on Armenian television that an agreement was reached on a ceasefire, with the mediation of the international community, clarifying that the truce came into effect at 8 pm on Wednesday. There has been no confirmation of the ceasefire agreement from the government of Azerbaijan.

Azerbaijan and Armenia have resumed fighting on their border despite calls from the US and France to respect a Russian-brokered truce, amid the worst death toll since the 2020 war.

Azerbaijani soldiers seized 100 square kilometers of territory from Armenians along the undemarcated border on Tuesday, the pro-government Caliber news agency reported in Baku.

Aliyev has demanded the creation of a corridor through southern Armenia to an Azeri enclave bordering Turkey. This was rejected by Pashinyan, who said the truce brokered by Putin only provides for the opening of transport links between the two states, which he is willing to implement.

Armenian Prime Minister, Nikol Pashinyan, told the parliament that more than 100 Armenian soldiers had died in the fighting in recent days and that 50 square kilometers of Armenian territory had been captured by Azerbaijani troops. The Ministry of Defence of Azerbaijan announced the death of 54 of its soldiers.

Despite the ceasefire announcement, thousands of protesters took to the streets of Yerevan last night, calling for Pashinyan, and accusing the Armenian Prime Minister of not showing any firmness to Azerbaijan.

Also read: US Congress | Cessation of military aid to Azerbaijan and Turkey’s role

Armenia requested the help of the Collective Security Treaty Organization (CSTO), which is led by Russia. Officially, Armenian leader, Nikol Pashinyan, stated that Armenia appealed to the CSTO for assistance and support, including military support, in order to restore the country’s territorial integrity and ensure the withdrawal of Azerbaijani Armed Forces from Armenian territory.

Yet with Moscow fixated on the Ukraine war, the CSTO settled for sending experts to the region, whose arrival was scheduled for today, where its Secretary-General will lead a mission to assess the situation on the border.

The CSTO mission to Armenia will submit a report for consideration by member-states’ heads of state, Kremlin spokesman, Dmitry Peskov, told reporters in a teleconference on Wednesday.

So far, however, neither Russia nor the CSTO have stated that they are willing to send forces to reinforce Armenia’s territorial integrity. When Kazakh President, Kassym-Jomart Tokayev, asked for CSTO’s help in quelling violent protests in January, Putin immediately ordered troops to lead a peacekeeping operation.

This is a high-risk move, because Russia is currently facing a very difficult situation on the Ukraine front and any deployment of military forces would open up another front that it may not be willing to support.

The Collective Security Treaty Organization is an intergovernmental military alliance signed on May 15, 1992. Under NATO standards, members are obligated to provide military assistance when a member is attacked (Article 4).

Relations between the two former Soviet republics have been strained since 1991 over the disputed Nagorno-Karabakh enclave. The conflict over its control escalated again in autumn 2020, when a 44-day war broke out, during which Azeri forces took control of several sectors.

Azerbaijan took control of part of Nagorno-Karabakh, which is populated mainly by Armenians but is recognized internationally as part of its territory, in the 2020 conflict and reclaimed seven surrounding areas that had been occupied by Armenian troops since the early 1990s.

The war ended thanks to a peace deal brokered by Russia, but Baku and Yerevan have occasionally accused each other of ceasefire violations along the border.

France, the US, and the European Union have called for a ceasefire and are urging the two sides to return to negotiations. In fact, France intends to raise the crisis with the United Nations Security Council which it currently presides over.