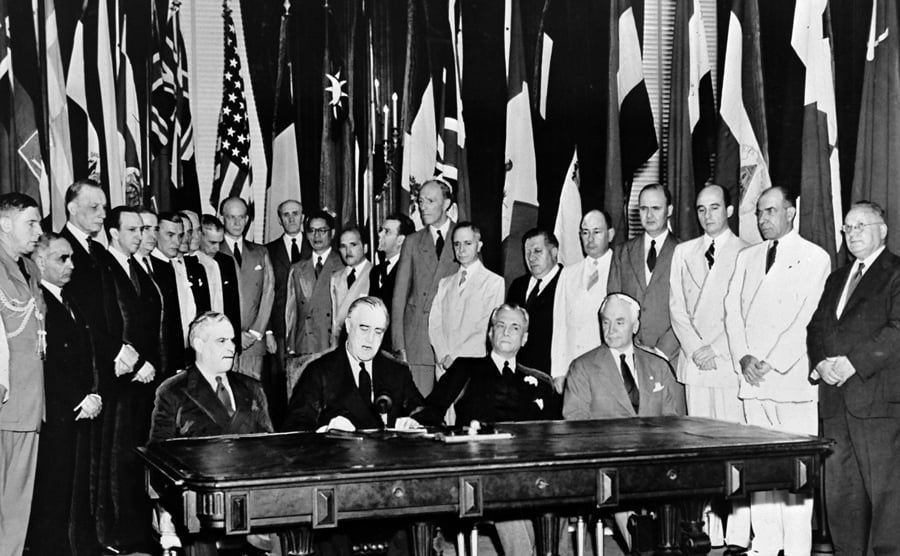 The name “United Nations”, coined by the President of the United States, Franklin Roosevelt, was first used in the Declaration by the United Nations of January 1, 1942, during World War II. The announcement was made when representatives of 26 nations pledged their governments to continue fighting together against the Axis Powers (Germany-Italy-Japan).

The Charter was signed on June 26, 1945 by the representatives of the 50 countries. Poland, which was not represented at the Conference, later signed it and became one of the original 51 Member States.

This year marks the 75th anniversary of the United Nations (UN). According to the UN statement, this landmark is a first-class opportunity to reflect on the importance of preserving world peace and the contribution that peacekeepers have made to the communities they serve.

Read also: At least 28 UN personnel members were killed in 2019

Over the past seven decades, more than 1 million men and women have served under the UN flag in more than 70 peacekeeping operations around the world including the Cyprus Peacekeeping Force (UNFICYP).

Today, approximately 100,000 peacekeepers serve in 13 operations worldwide. Recently, peacekeepers have continued to carry out these crucial tasks as they face another global threat to peace and security – the COVID-19 pandemic.

Despite the additional operational challenges and health risks posed by the coronavirus, peacekeepers continue to protect the most vulnerable and carry out their mandates while supporting the local fight against the coronavirus.

With information from: medium.com

Read also: Management of the Israeli fence along the “Blue Line” | An example Greece must study in relation to the case of Evros