INTERNATIONAL RELATIONS
2022 – Armed Conflicts | Full review of armed conflicts and the next day
Defence Redefined
Published on 01/01/2023 at 11:44 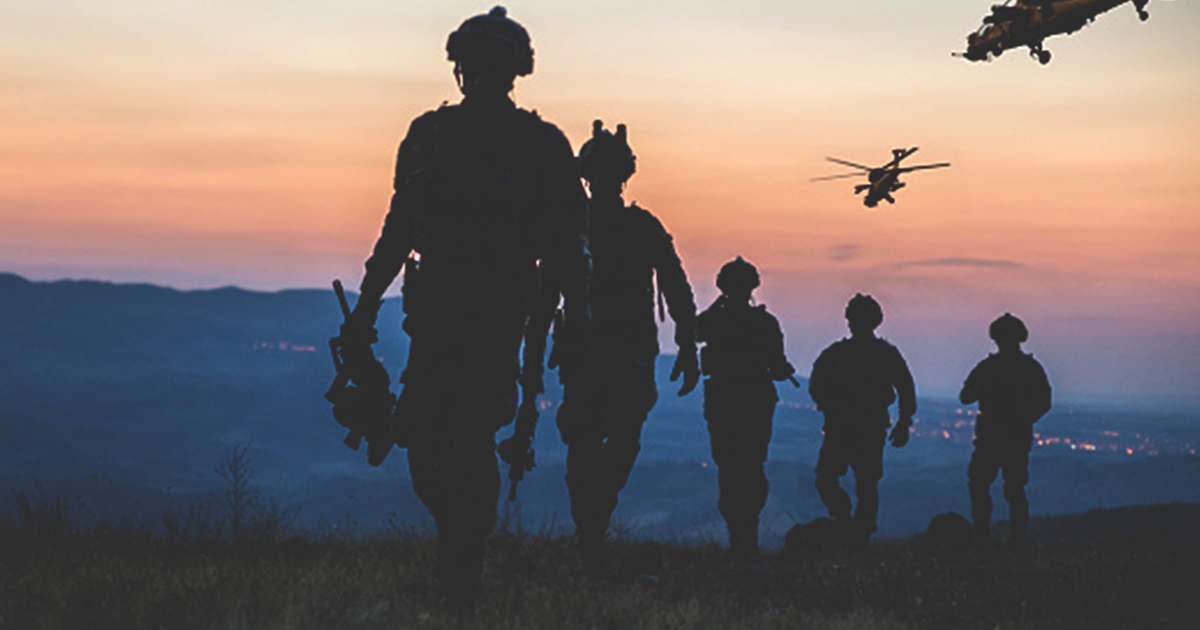 However, throughout 2022 DEFENCE ReDEFiNED kept monitoring the global conflict landscape, capturing the dynamics, actors, and agents of conflict as well as the prospects for peace or further escalation.

In an effort to clarify this complex landscape, this article aims to map and cover conflict hotspots in the Americas, Europe and Eurasia, the Middle East and North Africa, sub-Saharan Africa, Asia, and beyond. We have reported similar articles in the past and you can learn more about them here. 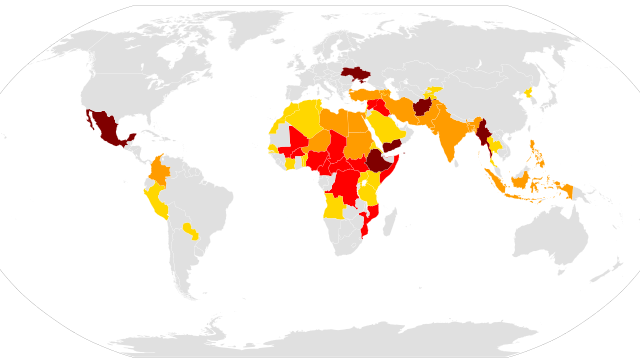 First, in February 2022, as the world was still reeling from the devastating “legacy” of the pandemic, Russia’s invasion of Ukraine brought about the most devastating interstate armed conflict since World War II, still affecting the global economy with another major blow to agricultural and energy supply chains. Adding to pre-existing inflationary pressures through its effects on grain, fertilizer, and energy prices, the war also fuelled poverty, inequality, and food insecurity.

As the following conflict hotspots for 2022 suggest, armed conflict will shroud the world into the new year.

Conflict hotspots in the Americas remain grim amid the growing political influence and transnational reach of criminal groups and the growing demand for illegal narcotics.

This creates even more opportunities for criminal groups to establish themselves in local communities by challenging the legitimacy and ability of state institutions to govern.

Also read: Greece | Accepted as an observer in the SICA Union

The following flare-ups (small or large) in territories under military occupation and frozen conflicts make up the majority of armed conflicts taking place in the Eurasia region.

Also read: Germany | A “Marshall Plan” for Ukraine is underway

The conflict is linked to territorial disputes, mainly around Nagorno-Karabakh, a mountainous region inhabited mainly by Armenians, which seceded from Azerbaijan in the early 1990s with the help of Yerevan. A first war had then caused at least 30,000 deaths. After the 2020 war, which ended with a Moscow-sponsored ceasefire agreement, Armenia and Azerbaijan are engaged in difficult negotiations with several parallel initiatives.

The EU is warning that Bosnia and Herzegovina is at imminent risk of war now that the EU Peacekeeping Force (EUFor) mission is set to end. To date, that force has largely ensured the difficult balance in the region.

In a UN report published by The Guardian, Christian Schmidt, High Representative for Bosnia and Herzegovina, said that if Serb separatists carry out their threat and form their own army, thus splitting the Armed Forces in two, additional peacekeeping forces will be needed to ensure that the already tense situation does not escalate.

The reactions of the Serbs of Kosovo intensified, as they are not prepared to accept the authority of a state they consider illegitimate. In Belgrade, the fate of their compatriots in Kosovo is a key issue, since it cannot accept either the independence of Kosovo or the mistreatment of Serbs in the country. Should violence break out in the Kosovo provinces in the meantime, nothing can be ruled out at a time of rapid change on the European continent.

This is, in numbers, the region hit the hardest: more than 45 armed conflicts, both military occupations of territories and armed conflicts are currently taking place across the Middle East and North Africa in the following areas:

At the same time, from Lebanon and Syria to Iraq, Palestine, and Yemen, Iran finances, equips, and trains militias and groups to achieve its political goals (Shia Crescent) while deeply involved in various war activities.

Africa ranks second in the number of armed conflicts by region with more than 35 armed conflicts due to overlapping local insurgencies, lasting lack of governance, and transnational jihadism taking place in:

Also read: First US air strike on Somalia against al-Qaeda under Biden administration

Sudan has also been involved in deadly border clashes in the al-Fashaga Triangle in June 2022 with Ethiopia in a dispute that intersects with the issue of the Grand Ethiopian Renaissance Dam, a conflict that also involves Egypt.

India and China are involved in a protracted armed conflict over the control of two main areas, namely Aksai Chin and Arunachal Pradesh, and some smaller areas along the Sino-Indian border.

India and Pakistan are involved in a prolonged armed conflict over the status of Kashmir.

While states such as Russia and the United States have begun a militarization and possible nuclearization of the Arctic, other Arctic states such as Canada and Norway have mobilized for cooperative initiatives there.

Hope for a better future?

One hundred million people were forced to flee their homes in 2022. The 100 million figure, which includes those fleeing conflict, violence, human rights abuses, and persecution, was announced by the United Nations High Commissioner for Refugees (UNHCR) and described by the head of the service as “a record that should never have been broken”.

The number is increased compared to some 90 million in 2021. Outbreaks of violence or prolonged conflicts have been key immigration drivers in many parts of the world. Thousands of desperate immigrants looked to the West as their preferred destination, placing their lives in the hands of human traffickers and embarking on perilous voyages across the seas, many of which ended in tragedy.

In anticipation of a better tomorrow, we all wish to have much less to write about in our article reviewing armed conflicts at the end of 2023.