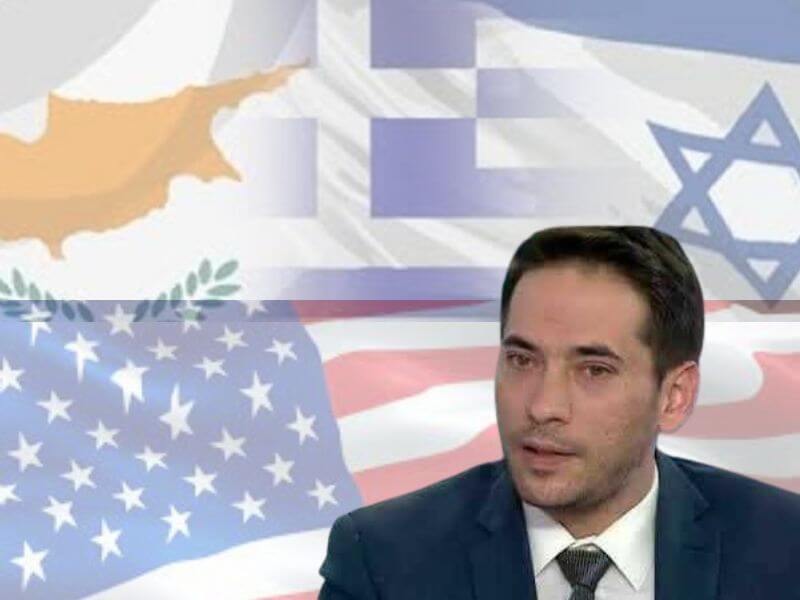 The U.S-Cyprus relationship and the 3+1 partnership

The Eastern Mediterranean has been rapidly reemerged as a critical subregion for U.S. interests. Cyprus is at the heart of this region and it is inevitably a part of the American strategy in the Greater Middle East. Of course, the elephant in the room is the Cypriot Issue, which remains unsolved and the U.S. plays the role of a complimentary mediator in order to conduct a viable solution. After the Cold War, the Cypriot Issue confined the augmentation of U.S.-Cyprus relations, but the unstable multipolar international system has changed the American view of Cyprus. The guarantor of this relationship is the trilateral partnership among Greece, Israel, and Cyprus that the U.S. followed in late 2019.

Regional factors that brought the U.S. closer to Cyprus

The Arab Spring was the major factor that functioned as a game-changer in the whole MENA and drove Syria into an endless war. Russia and Iran are playing a critical role in Syria. The CAATSA Act (Counter America’s Adversaries Through Sanctions Act) and the Magnitsky Act have been voted in order to hold Tehran and Moscow accountable for undermining the American interests in the Middle East. Moreover, Turkish policy had been shifted before the Syrian War. The so-called strategic triangle in the Middle East composed of the U.S, Turkey, and Israel stopped to be functional since the Mavi Marmara incident took place in Gaza, resulting in a breakup of Turkish-Israeli ties.

The Obama administration, during its first tenure, tried to heal the wounded relations between Turkey and Israel with little success. President Obama was falsely believed that Turkey could export in the Arab and Muslim World its ”secular regime” because Erdogan had never the intention to do so. The AKP government had successfully used the Turkish economic growth to keep the cohesion of Turkish society and at the same time, to show to the western world that Islam and liberal economic reforms could co-exist. But in reality, the major goal of Erdogan was to reshape Turkish foreign policy. In late 2016, President Obama was persuaded that Erdogan mocked him. The American officials remained speechless at seeing Erdogan promoting anti-American rhetoric.

The Turkish shift obliged the US decision-makers to search for alternatives in the region and the so-called ”axis of stability” gained ground in the US regional policy towards the Greater Middle East. Last but not least, a regional factor that brings the US closer to Cyprus is their common necessity to deter and eliminate asymmetric threats in the Eastern Mediterranean and MENA.

Also read: Greece and the USA expressed the desire to strengthen 3 + 1 cooperation

The stakes are high in the Eastern Mediterranean Sea because it connects North Africa with Asia and definitely with Europe. The first US foreign policy principle is to secure the survival of Israel, which is the only democratic system in the region. It was the energy sector that boosted the cooperation between Israel and Cyprus in a way that security followed the hydrocarbon’s diplomacy between the two states.

Jerusalem’s plan A was to transfer its natural gas through a pipeline that could transpass Turkey because of its low cost, but everything around Israel’s grand strategy has to do with its security. A hostile Turkey which could blackmail Israel was Jerusalem’s nightmare and the East Med corridor gained points despite its very difficulties in terms of construction’s feasibility. In other words, Israel was in search of reliable western geostrategic depth. Cyprus is actually an imperative for Israel’s security if we could count the threats that are posed against the only democracy in the Middle East. Iran, Syria, Lebanon, and now Turkey literally encircle Israel.

Since 2013, Seth Cropsey had stressed out that the U.S. should choose the right side in the Eastern Mediterranean by supporting the ”axis of stability” among Cyprus, Israel and Greece. It took almost 5 years for the US since Cropsey’s view had been published to officially embrace the trilateral partnership. After the East Med inclusion in the US Bill of 2019, (Eastern Mediterranean Security and Energy Partnership Act, introduced to Congress by Senators Menendez and Marco Rubio) the US supports the trilateral cooperation with the Secretary of State taking part in the 3+1 cooperation.

The Joint Declaration that followed the first participation of the US in the trilateral referred to the common goals of the four partners by mentioning, among others, that ”(…) The leaders agreed to increase regional cooperation; to support energy independence and security, and to defend against the external malign influence” as the US Embassy in Greece posted on March 21st of 2019.

The productive role of Cyprus inside the 3+1 augmented the geostrategic value of Nicosia for the US. Before the end of Trump’s administration, (on the 1st day of September 2020) the US used the waiver in order to allow Cyprus to purchase non-lethal weaponry by ending the US arms embargo against Cyprus. Not only that but also Mike Pompeo visited in September 2020 (days after he had waived the partial lifting of the US arms embargo against Cyprus) Nicosia to sign an agreement with Cyprus (Cyprus Center for Land, Open Seas, and Port Security-CYCLOPS with the financial support of the US) and to reassure that the American footprint would remain strong in the region.

The US has decided to redefine its foreign policy. The new ”selective engagement” policy affects the American policy in the Eastern Mediterranean. Cyprus will continue to be a small but precious partner of the US as long as Nicosia is of vital importance for Israel’s grand strategy. Moreover, Turkey could be hardly called an ”American ally” because of its disharmonious relationship with the US (the S-400 issue and the militarization of Turkish diplomacy under Erdogan combined with the transformation of a secular regime of Turkey into an authoritarian regime). There is a window of opportunity for Cyprus to ask the American officials to guarantee Cypriot integrity and to pose sanctions on Turkey because of its malicious policies in Cyprus.

Senator Bob Menendez, who has already become a respected official for American diplomacy reprobates the current Turkish violations in Cypriot EEZ. Although Cyprus is a small state, it should continue to try for a further American commitment to Nicosia’s security as long as Turkey shows its hostile attitude by adopting lawless policies which narrow to make Cyprus a Turkish satellite. Therefore, the most important strategy for Cyprus is to keep building its special relationship with Israel and that strategy keeps the American door open for Cyprus as long as the US is thoroughly committed to Israel’s security.

**The views and/or comments expressed in the articles belong to each author and may not constitute an opinion and/or position and/or be adopted as is by the company and/or the site administrators. More in the terms of use of the website. 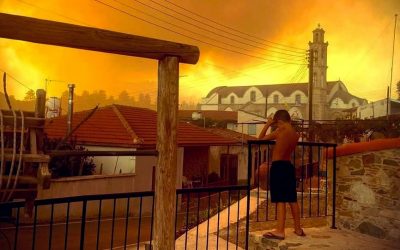 It is now evident, even after last weekend’s deadly fire – the largest fire in the history of the Republic of Cyprus – that the…