INTERNATIONAL RELATIONS
Germany | A “Marshall Plan” for Ukraine is underway
Defence Redefined
Published on 26/10/2022 at 10:01 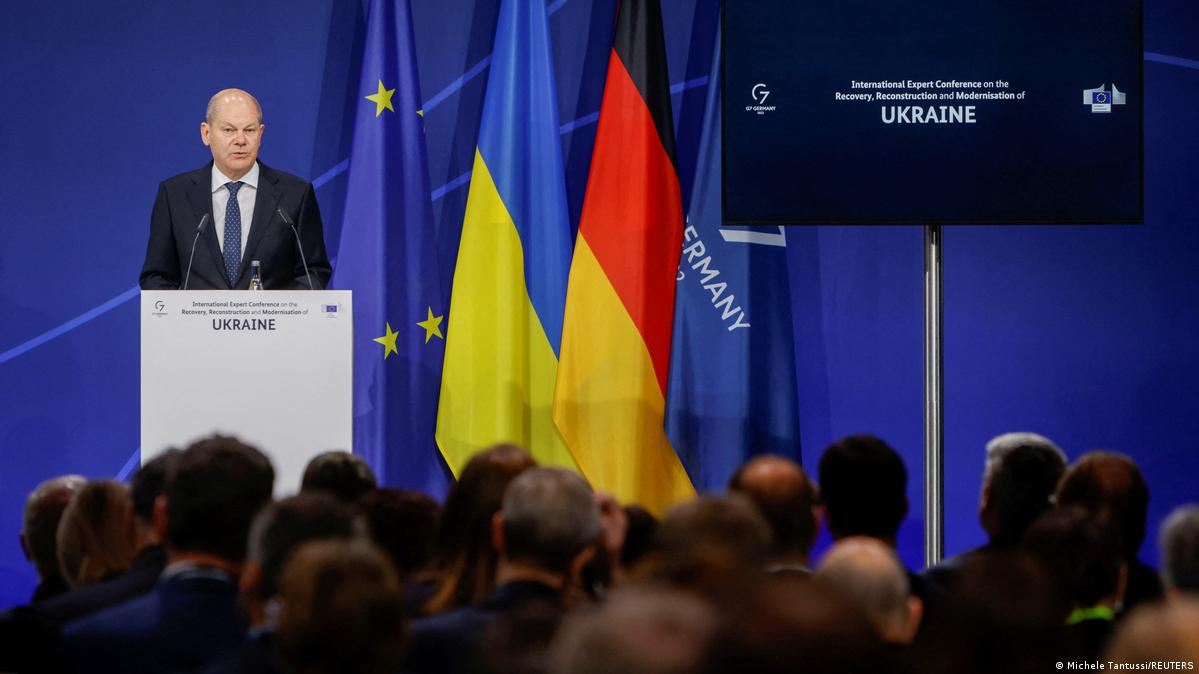 European officials and experts met in Berlin with the aim of shaping and launching the recovery and reconstruction of war-torn Ukraine.

European Commission President, Ursula von der Leyen, said that in 2023 the “27” will contribute up to 1.5 billion euros every month.

The World Bank estimates the cost of the damage at 350 billion euros. The cost is more than a country or a union can provide on its own, so everyone needs to contribute, the Commission President emphasized.

According to Euronews, the German chancellor spoke clearly of an aid plan reminiscent of the reconstruction of Europe after World War II.

He noted that a new Marshall Plan for the 21st century is required. The recovery, reconstruction, and modernization of Ukraine will indeed be a challenge for generations, which will require the combined strength of the entire international community, but it’s also an opportunity for future generations, if done right.

Olaf Scholz underlined Germany’s commitment to continue supplying Ukraine with weapons and air defence systems for as long as needed, commenting that the best reconstruction is the one that doesn’t have to be done at all because Ukraine’s cities and power plants are protected by Russian bombs, drones, and missiles.