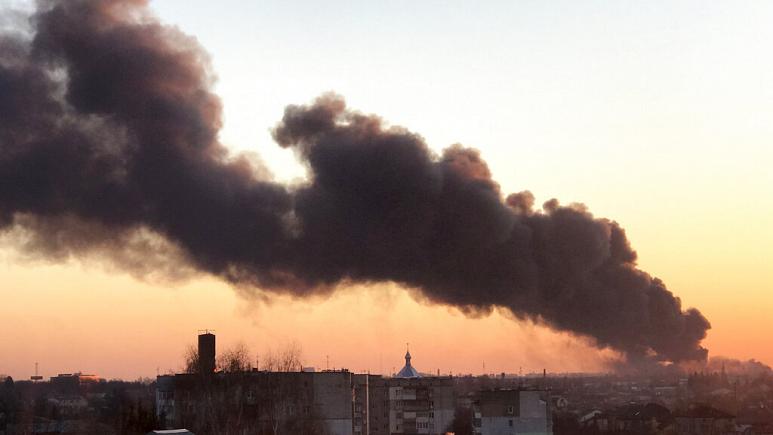 Early this morning, new bombings took place in the Ukrainian capital, resulting in the death of at least six people, according to the Greek service of Euronews.

Turkish Foreign Minister Mevlüt Çavuşoğlu told the Hürriyet newspaper that Russia and Ukraine were reaching an agreement on critical issues and had almost agreed on certain matters.

Cavusoglu also said he hoped a ceasefire would be declared if the sides did not back down on the progress they had made in reaching an agreement.

Speaking to Al-Jazeera television, Turkish Presidential Adviser Ibrahim Kalin said the two sides were approaching their positions on four key points, citing Moscow’s demand that Ukraine abandons the prospect of NATO membership, its demilitarization, which the Kremlin calls “de-Nazification” and the protection of the Russian language in Ukraine.

Kalin also said that a permanent ceasefire could be reached after a meeting between Ukrainian President Volodymyr Zelensky and Putin. But he added that Putin did not consider the positions over strategic matters such as Crimea and Donbas to be close enough to hold such a meeting.

For the first time since the Russian invasion of Ukraine, the shift personnel at the Chernobyl nuclear power plant began to rotate yesterday Sunday, the International Atomic Energy Agency (IAEA) announced.

“Ukraine has informed the IAEA that about half of the staff has finally been able to return home, having worked in the Russian-controlled plant for almost four weeks,” Rafael Grossi, the agency’s director-general, said on Sunday night.

“The Ukrainian national regulatory authority has confirmed that those who have left have already been replaced by other Ukrainian workers,” he said, adding that he welcomed the development.

Russian forces took control of Chernobyl on February 24 and about 100 Ukrainian technicians working at the time continued the day-to-day operation of the plant, which has had nuclear waste since the 1986 accident, the worst in history.

The team that changed was the same one that worked at the nuclear power plant since the Russian invasion, which endangered one of the pillars of nuclear safety, according to the IAEA, that is, staff should not be forced to make decisions under excessive pressure.

Extremely toxic ammonia has been leaking since the morning at a chemical plant in the northeastern Ukrainian city of Sumy, according to local authorities, and urged the people of Novoselitsa to seek refuge from the chemical, especially in basements and ground floors, and to avoid their exposure to it.

Dmitry Zivicki, the governor of Sumy, said that all residents within five kilometers of the Sumykhimprom plant, which produces various types of chemical fertilizers, should take protection measures. In a recent statement, he noted that as a result of the Russian enemy bombing, a tank with ammonia capacity of 50 tons was damaged and added that there is no threat to the population of the city.