ARMAMENTS
VL MICA | One of the options for the future Ground-Based Air Defence of Cyprus – Photos and VIDEO
Defence Redefined
Published on 28/03/2022 at 18:50 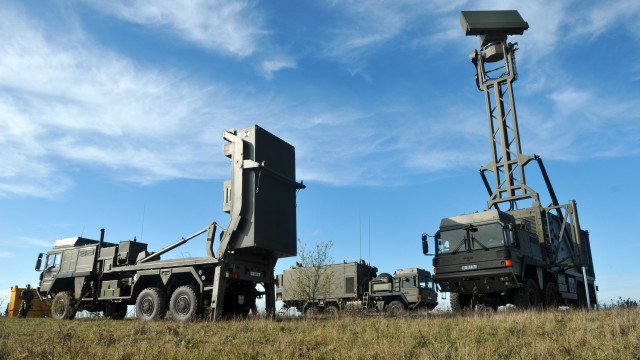 In a recent statement, the Minister of Defence of the Republic of Cyprus (RoC) announced that Cyprus is close to acquiring a new air defence system – which is to meet the needs of the National Guard (N.G.) – as well as a new type of multirole helicopter.

The purchase of a new long-range air defence (LRAD or Hi-SAM) system (i.e. like the S-300) requires large expenditures of about 1+ billion euros (i.e. 2 battalions of the French SAMP/T system), an amount significantly exceeding the annual budget of the N.G.

Given the cost and other geopolitical factors that will be discussed elsewhere – and which have previously led to the cancellation of the installation of the S-300 system in Cyprus – we consider it very difficult for the RoC to purchase a long-range system at present.

Having extensively analysed the options for the new helicopters (click here), but also the proposals for medium-range air defence systems (MRAD) and mainly for systems from France, Germany and Israel, in this article we will focus on a solution offered by MBDA. More specifically, we will analyse the VL MICA short range, ground based air defence (GBAD) system.

The system uses the MICA fire-and-forget missile, which is also used on aircraft or naval platforms and is the only one worldwide to date capable of being fitted with either a heat seeking homing head (VL MICA IR) or with an active radar seeker (VL MICA RF).

This capability ensures a very high probability of target engagement (Probability of kill-Pk), even in environments with strong IRCM (i.e. flares) and ECM (i.e. chaffs or jammers).

The composition of a typical VL MICA unit consists of a mobile Tactical Operations Centre (TOC), a mobile 3D radar and 3 to 6 vertical launch units with 4 ready-to-fire missiles each. 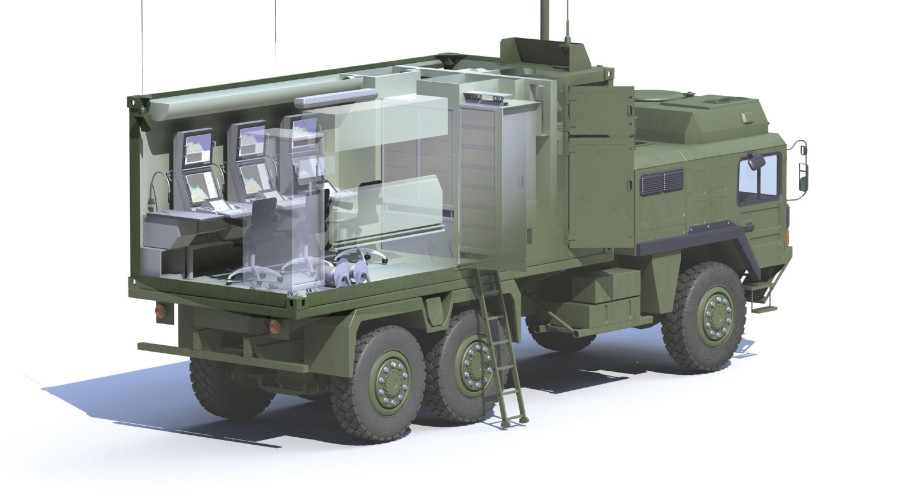 The Tactical Operations Centre is capable of performing all Command, Control and Coordination functions, including real-time engagement, mission planning, system monitoring and connection with the higher level of command for a complete network-centric operation.

It is worth mentioning here that the very short range air defence system (VSHORAD) MISTRAL 3 (click here), which has already been purchased by the National Guard, will be easily integrated into a higher air defence level system like the VL MICA. More specifically, through the TOC (also known as Platoon Command Post – PCP) it is possible to coordinate both V-SHORAD and SHORAD systems, for example, four MISTRAL-3 missile launchers (mounted on vehicles or as MANPADS) and four VL MICA launchers as displayed below: 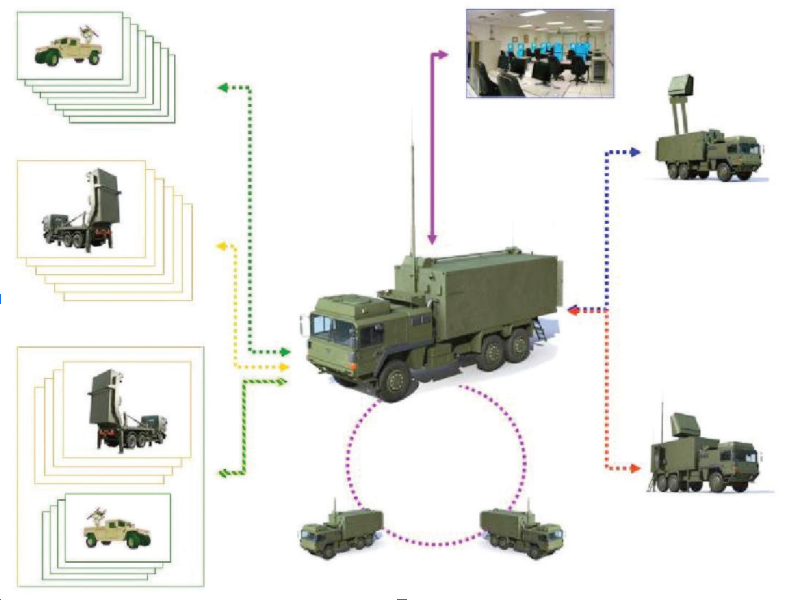 The TOC remotely controls a tri-dimensional radar such as the Active Electronically Scanned Antenna (AESA) Ground Master 200, selected by the Georgian Armed Forces, or Hensold’s TRML-3D/32 chosen by the Royal Thai Air Force.

The vertical launchers of the system enable the engagement of targets at 360 ​​degrees coverage, while through the salvo firing function, 4 missiles can be fired against 4 different targets in 6 seconds. The reload time of the launcher with two operators is 15 minutes. 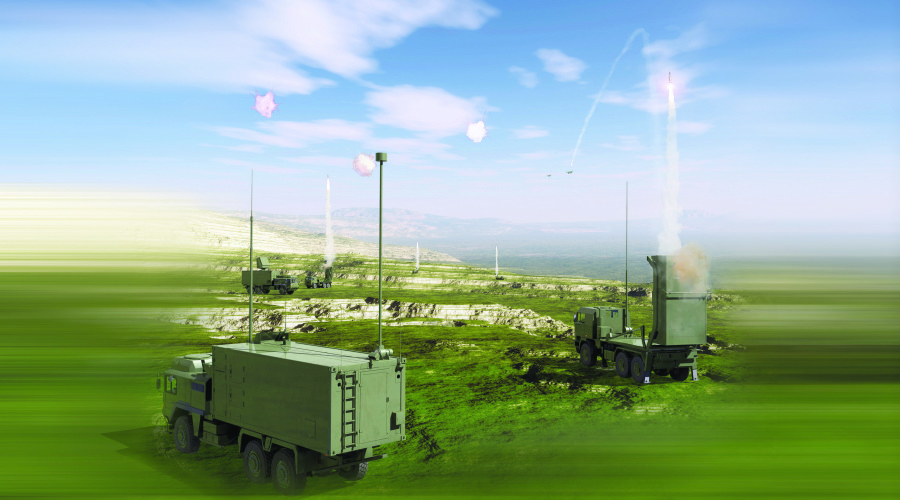 VL MICA Battery with 4 Launchers, a 3D-radar and a TOC ©MBDA

Technical Characteristics of the VL MICA 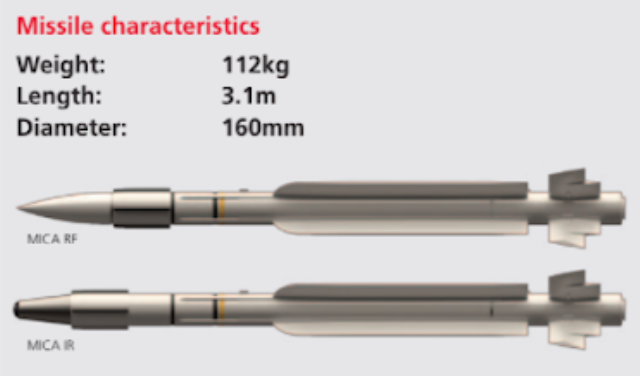 An important advantage of the VL MICA system – according to information provided to us by MBDA officials during our discussion at the DEFEA 2021 – is that the target engagement range is the same for both the RF and IR versions. Nonetheless, as has been explained to us, this is not always the case for similar missile systems.

The IIR (Imaging Infrared) seeker is suitable, among other things, for low-speed targets such as Unmanned Aerial Vehicles (UAVs), while the RF seeker is ideal for target engagement regardless of weather conditions. The MICA IIR seeker is capable of avoiding modern countermeasures such as ECM or flares following the same direction (forward) as the aircraft, but also other sources of reflected radiation such as solar radiation.

As has been announced, MBDA is working on the integration process of the newest MICA NG (New Generation) missile in the existing VL MICA GBAD systems. The two types (MICA and MICA NG) have the same external dimensions and the only difference is the vertical launcher software for the new missile. The launcher may be loaded either with 4 MICA or 4 MICA NG missiles with an IIR or RF seeker.

The MICA NG – which will replace the existing MICAs in service with the French Air Force – will be available from 2026. The new missile will have an increased interception range compared to the existing MICA missile. The reduced volume of the electronic components within MICA NG will allow for an increased amount of propellant, thereby providing additional kinetic energy during the terminal phase of  the target engagement at distances beyond 40 km. This range can place the system in the category of medium-range air defence (MRAD).

The infrared (IR) version will have a matrix IIR seeker with increased sensitivity for targets with reduced electromagnetic and infrared signature, while the RF version will carry an AESA radar.

The necessity of the network-centric philosophy in air defence systems as well as anti-ship defence has been analysed in a previous article (click here).

With the full utilisation of the capabilities of the TOC, the combination of VL MICA & VL MICA NG will be possible to create a tri layer system: VSHORAD (Mistral 3), SHORAD (VL MICA), MRAD (VL MICA NG). 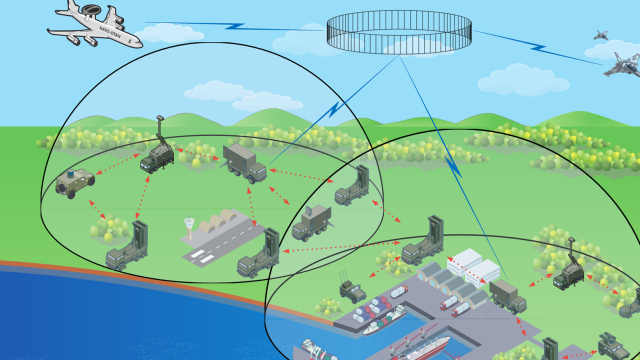 Purchasing systems from other manufacturers does not preclude interoperability between the MISTRAL-3s, but this may result in higher costs of integrating third party systems. In our view, this is something that should be seriously considered.

Regarding the cost of the VL MICA system, the same rule applies for other systems, meaning that the price is determined by a number of factors such as the number of launchers, radar systems, number of missiles, local co-production or follow-on support with engagement from the local industry etc. Indicatively, we mention that in 2018 the Thai Air Force purchased a battery of the VL MICA system consisting of 2 launchers (with an unknown number of missiles) a TOC and a 3D TRMS-3D/32 radar by Hensoldt (with a maximum range of 200 km) at a total cost of 3.52 billion THB ($ 110.53 million). 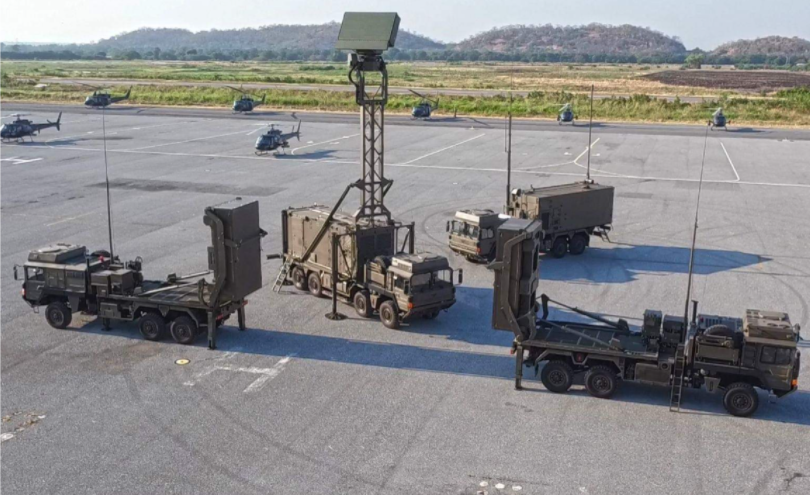 Photo of the VL MICA system of the Thai Air Force

Regarding the existing air defence systems of the National Guard and mainly the Russian-made TOR M1 SHORADS (click here) and BUK M1-2 (click here), they cannot be fully integrated into a network centric Command and Control (C2) system with the MISTRAL-3. Nevertheless, maintaining these systems operational until their gradual replacement in the future is essential. As to the upgrade options of the “OTHELLOS” system, the 1st air defence system of the National Guard, you can read the article below.