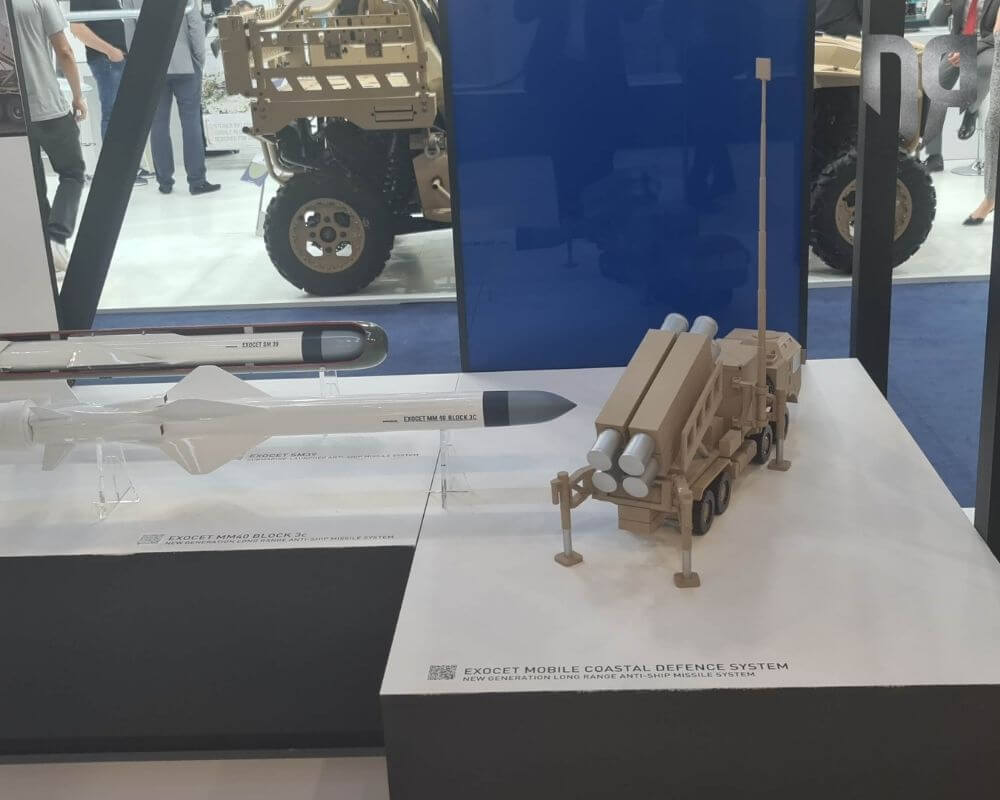 During our recent participation in the DEFEA 2021 exhibition, we had the opportunity to visit the pavilion of one of the largest defence industries in Europe, MBDA.

Founded by the largest missile-system manufacturers in France, the United Kingdom and Italy in 2001, the shares of this giant are owned by AIRBUS (by 37.5%), BAE SYSTEMS (37.5%) and LEONARDO (25%). It is worth noting that MBDA is the only supplier that has been providing the National Guard of Cyprus with systems on land, sea and air domains for years.

Through our discussion with high-ranking company executives, we focused on the network-centric-oriented philosophy followed in all of its missile systems and particularly, in the EXOCET MM40 BLOCK 3 mobile coastal defence system, the MISTRAL 3 short-range air defence system (VSHORAD) and the MMP anti-tank missile system.

The National Guard is known to have acquired the coastal anti-ship system EXOCET MM40 Blk 2 since 1994, while last year, a post from the French La Tribune (which was not refuted) spoke about a purchase of the latest versions of the EXOCET MM40 systems as well as of the MISTRAL air defence system on behalf of the Republic of Cyprus. 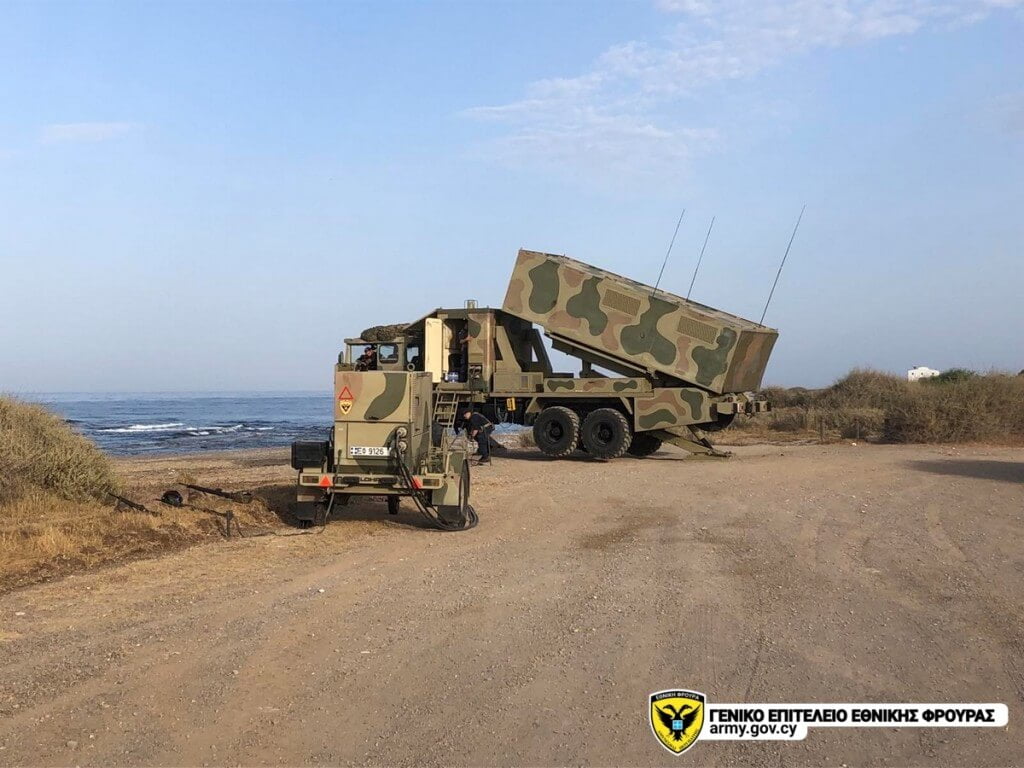 Regarding the latest version of the coastal EXOCET system (Block 3), it should be stressed that it will provide the National Guard’s Navy with enhanced capabilities, as it can engage enemy targets at sea and land (coastal) at distances up to 200 km. 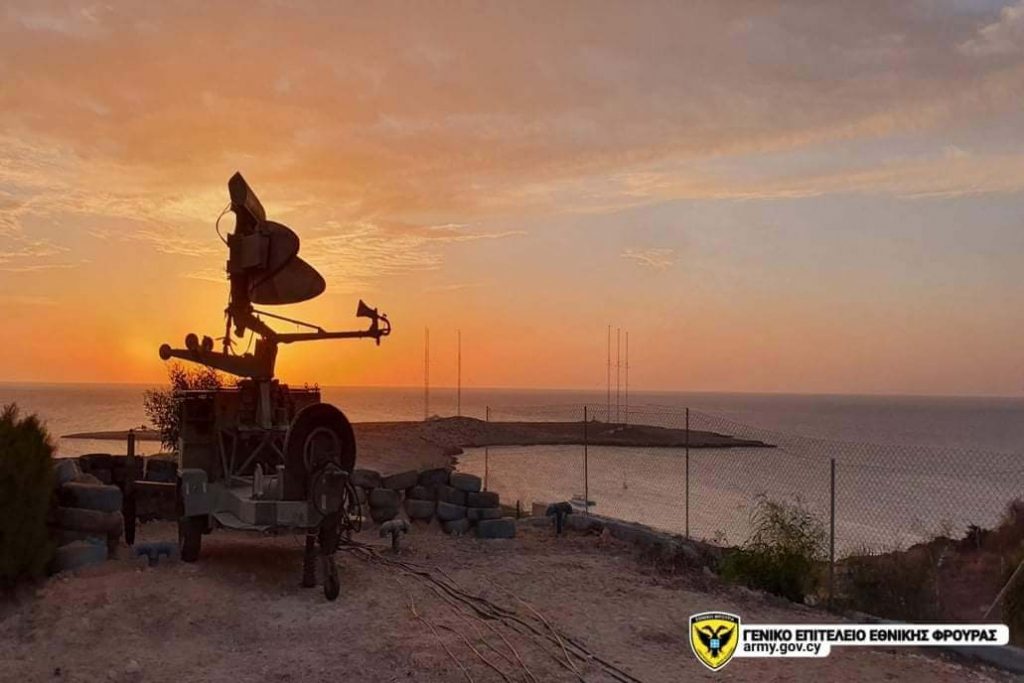 One of the important benefits of this version of EXOCET is its capability of collecting information from various sources apart from the organic surface radar. In particular, the collection of information can be executed via ground radar stations (e.g. through naval observation posts) and aerial means (e.g. UAVs), but also by other means such as surface vessels.

Regarding the MISTRAL system, according to the manufacturer, the latest version MISTRAL-3, can be integrated in the Licorne C2 (Command and Control) network, which provides increased situational awareness and the capability of controlling up to 8 MISTRAL Atlas RC launchers (twin launcher) in order to engage aerial threats.

The system consists of several sensors including jammers, radars, IRST (Infrared Search and Track), and radio frequency (RF) localizers, while it may perform all necessary functions of a command and control system for aerial threats engagement including class 1 and 2 UAVs. 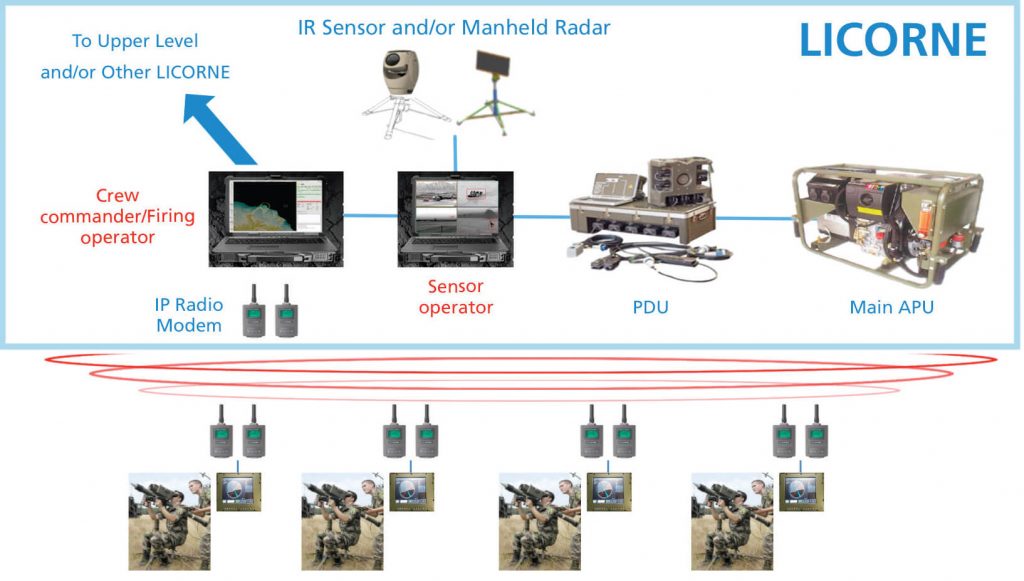 In November 2019, MBDA held an exhibition during which, using the Licorne C2 and the Saab Giraffe 1-X radar, an Unmanned Aerial Vehicle (UAV) was engaged at 7 km by a MISTRAL-3 missile, fired by an Atlas RC launcher.

At this point, we mention that the new modular design of Sky Warden counter-uav system (analysed in the link below), which is a result of MBDA’s consortium with Saab, Cerbair, Open Works, Teledyne e2v, Keas and Cilas, can also integrate the MISTRAL-3 missile.

Also read: IDEX 2021 | The French system that may provide solutions to the National Guard’s confrontation with UAVs – photo

Regarding the MMP, 5th generation anti-tank missile, it is a fact that it can be used either in fire-and-forget or man-in-the-loop modes. Furthermore the network-enabled MMP missile can receive third party target designation for indirect firing scenarios.

In addition, the MMP system is the basis of MBDA’s proposal, which was selected in the LynkEUs program of the European Defence Industrial Development Program (EDIDP), concerning the BLOS (Beyond Line of Sight) battlefield engagement capability.

When asked about the cooperation so far with the 3 Cypriot entities participating in this particular program, namely SignalGeneriX, Additess and The Cyprus Institute, MBDA executives told us that the cooperation has been excellent and that the Cypriot companies meet the strict criteria set by the MBDA in the selection of its partners.