BUK M1-2 “The spearhead of the Cyprus Air Defence” | VIDEO 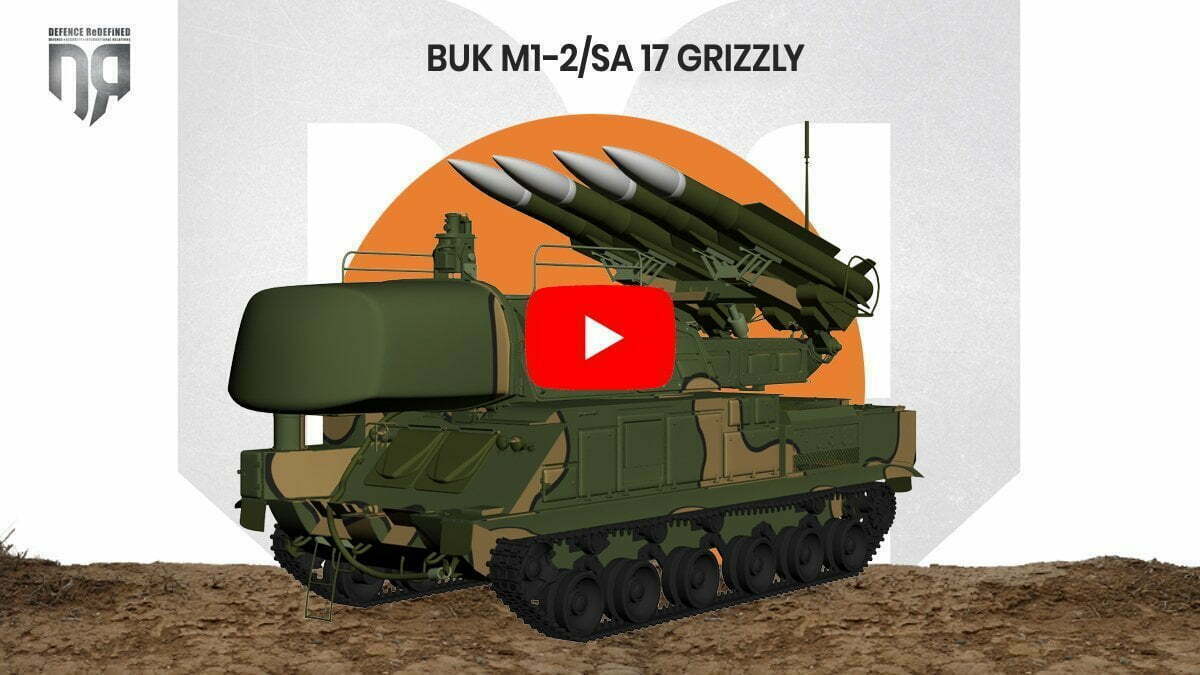 For a number of years, there have been suspicions of the existence of the Russian medium-range anti-aircraft system BUK M1-2 (SA-17 Grizzly NATO code) in the National Guard’s (NG) arsenal. Officially, the Ministry of Defence had not confirmed their existence until October 1, 2017, when the rumors ended with the 1st official presentation of this weapon system in the military parade in the context of national anniversary celebrations.

The BUK M1-2 batteries were reportedly obtained under extreme secrecy after the well-known issue that arose in 1998 with the non-transfer of the also Russian anti-aircraft system S-300 PMU-1 to Cyprus. BUK M1-2 is currently the “spearhead” of the Cypriot Air Defence. The latter is composed also with the Long Range Surveillance Radar, the short-range anti-aircraft system (Shorads) TOR M1, the “OTHELLOS” system as well as the individual (MANPADS) “MISTRAL”.

The Buk system was designed in the 1970s to provide anti-aircraft and anti-missile protection for mobilized troops as well as for critical infrastructure installations. It was launched in 1979 and to date the system has been produced in 5 versions (BUK-1, BUK M1, BUK M1-2, BUK M2 and BUK M3) as shown in the relevant graph here:

The NG’s Buk M1-2 system was put into service in 1998. The Buk M1-2 is a medium range, self-propelled, all-weather system mounted on tracked vehicles. It can engage a number of targets including tactical aircraft, strategic bombers, attack helicopters, UAVs, ballistic missiles and even low-altitude cruise missiles.

Due to its construction (acquisition and targeting radars on each launcher), it is very difficult for the system to be destroyed. Apart from that, the system has resistance to electronic countermeasures (ECM) and is able for a quick deployment (5 min), thus increasing the survivability of the battery. An additional feature of the system is the ability to engage even surface or land targets, providing multiple uses to the BUK system.

Although TELs do not have their own radar, however, they are capable of launching missiles directly, but they require the cooperation of a Fire Dome-equipped TELAR or of the Command Post for missile guidance. Each TEL carries eight (8) 9M317 surface-to-air missiles, while each TELAR launcher carries four (4). The autonomy of the system is about 500 km. The TELAR 9A310M1-2 has a crew of four (4).

The core of the battery is the 9S470M1-2 Command Post which can connect to the rest of the air defence network and collect information from third party sources. These sources are for example the National Air Defence radar system or Civil Aviation radars.

In this way, the system can use third parties sources in order to identify hostile targets.

The Snow Drift 9S18M1-1 target acquisition radar is capable of detecting fighter-sized targets at a distance of 100-160 km. Even targets flying at an altitude of 60 meters can be detected within a radius of 25 km. At lower altitudes the detection ranges range between 10-20 km.

Fire Dome tracking and engagement radar is mounted on each TELAR.

The capabilities of Fire Dome are a maximum range of 85 km for target acquisition (for a target flying at 3 km). Its main purpose is to engage targets as well as to guide missiles that use SARH guidance. For a radar cross-section (RCS) of 5m2 the maximum range of tracking is 45-50 Km.

Fire Dome operates on H / I frequency bands between 6-10 Ghz and can guide up to 3 missiles against a single target. It can engage targets moving up to 1200 m/s with flying at altitudes of 15m-22 Km. In addition to aircraft or cruise missiles, it has the ability to attack anti-radar missiles (HARM).

The TEL reload vehicle for the Buk battery resembles the TELAR, but instead of a radar it has a crane for the loading of missiles. It is capable of launching missiles directly, but it requires the cooperation of a Fire Dome-equipped TELAR for missile guidance. A reload vehicle can transfer its missiles to a TELAR in around 13 minutes and can reload itself from stores in around 15 minutes.

The BUK system has proven its worth in the field of operations in Syria by shooting down a number of missiles while in service by the Syrian Air Force. In the 2008 Russia-Georgia war, the system (BUK M1) was responsible (by US sources) for shooting down three (3) SU-25 fighters and a TU-22 bomber.

In Cyprus, the system, together with the rest of the NG air-defence systems, has proved to be reliable and particularly “lethal” in the field of “ONISILOS-GEDEON” exercises between the NG and the Israeli Air Force since 2014. In addition, the system was able to locate and “engage” French Rafale aircraft during the “TALOS-1/2020” exercise between NG forces and the French Armed Forces.

TOR M1 | The reliable SHORAD of the National Guard