SECURITY
USA – Bulgaria | Exercise for the detection of nuclear and radioactive material at border checkpoints
Defence Redefined
Published on 08/09/2022 at 13:00 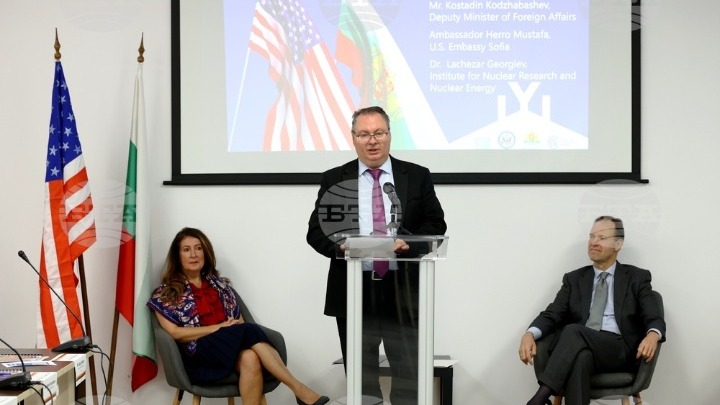 A joint US-Bulgarian exercise focusing on the verification and practical application of national procedures for detecting nuclear and radioactive materials at border checkpoints, known as “TANGRA TTX”, began yesterday.

The exercise will last until November 9 and is organized by the Bulgarian Ministry of Foreign Affairs and the State Department, in cooperation with the Institute of Nuclear Research and Nuclear Energy (INNRE) of the Bulgarian Academy of Sciences.

The opening of the exercise was announced by the Acting Deputy Minister and representative of the Ministry of Foreign Affairs, Kostandin Kotzabashev, the US Ambassador to Bulgaria, Herro Mustafa, and the Director of INNRE, Professor Lachezar Georgiev.

Nuclear security is paramount to the security of all countries and their citizens and state preparedness to effectively detect and prevent the illicit movement of nuclear and radioactive materials through airports, ports, and land borders are critical to safeguarding the integrity of the borders and the security of the countries, emphasized Katzabashev. Coordination and cooperation between countries in this area are equally important, he added.

The Deputy Minister also underlined that “TANGRA TTX” will allow testing of the Bulgarian model and capabilities, response time, and measures taken by the country to stop the import and export of nuclear and radioactive materials, including cases where terrorist acts are planned and situations involving the transportation of improvised explosive devices. Sharing experience and practices to improve national capabilities is another important element, he added.

Noting that Bulgaria and the United States are friends, partners, and allies, Ambassador Mustafa underlined the strong ties between the two countries in the fields of economy, security, and culture. As partners, they improve together, he said, adding that the exercise demonstrates their shared commitment to improving their national security.

The exercise will allow Bulgarian specialists to learn from the practices of their American colleagues, which will help raise the level of these procedures in Bulgaria, Georgiev said in his speech.

The three-day exercise includes lectures by representatives of the State Department, the Department of Energy, the FBI, and the US Defence Threat Reduction Agency. There will also be a demonstration with INNRE’s specialized mobile chemical, biological and nuclear defence (CBRN) laboratory.