UNSC – Cyprus Issue | Focus on building of trust and respect between the two communities
Defence Redefined
Published on 18/01/2022 at 19:00 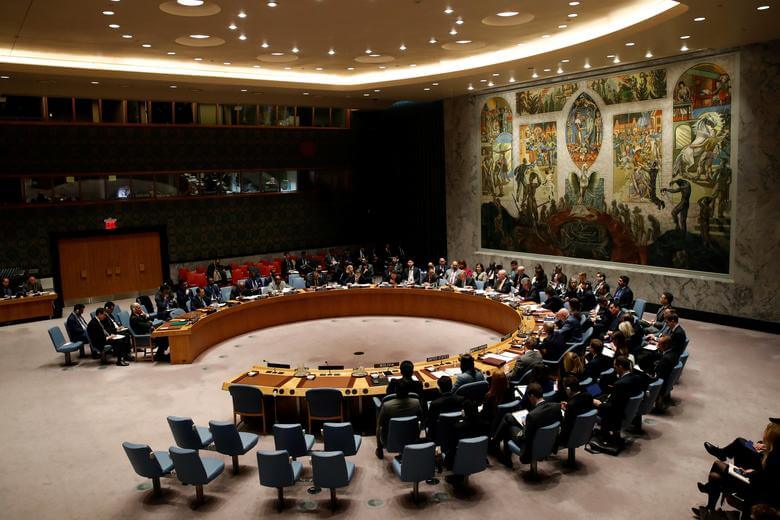 The focus of the mission of the UN Special Representative of the Secretary-General in Cyprus is to build trust and respect between the two communities, he himself stated before the Security Council.

According to Colin Stewart, a member of the UN Security Council, at yesterday’s three-hour meeting on the reports of Secretary-General Antonio Guterres on his Good Services Mission and UNFICYP, the focus of the mission is now on building trust and respect between the two communities and the creation of a better environment for building peace on the island.

This was stated last night at a press conference by the Norwegian Deputy Permanent Representative to the United Nations and Chairman of the Security Council for January, Odd-Inge Kvalheim.

Members of the Security Council welcomed the appointment of Mr. Stewart to his new post and held an open exchange of views on the situation, as described in detail in the Secretary-General’s two recent reports.

Members of the Security Council also recognize the “provocative situation on the ground” as described in the report and call on both sides to respect and abide by the relevant Security Council resolutions, including allowing UNFICYP the unimpeded possibility of fulfilling its mandate. Members also expressed concern about the recent increase in COVID-19 cases, acknowledging the negative socio-economic impact of the virus on the island.

Asked by a CNA reporter about the UN’s lack of reaction to the Varosia issue, Mr. Kvalheim said many Council members had commented on the issue and that the Security Council was monitoring the situation very closely. There has also been some criticism of some of the measures taken on the ground on this issue.

Also read: Cyprus Issue | UN Announcement on the appointment of Colin Stewart to the position of Elizabeth Spehar

According to CNA, during the session, Mr. Stewart assured the members of the Security Council that the Secretary-General remains committed to the UN parameters, the envoy appointment, and the efforts to restart conversations. During the discussion, both Mr. Stewart and the members of the Security Council expressed strong concern and condemnation of the situation in Varosia and it was mentioned that the members of UNFICYP are being obstructed in Varosia by the Turks. It was also reaffirmed that the status quo in the Cyprus issue and the commitment of the Organization based on the solution of the Cyprus problem are not acceptable.

“I hope that the resolution will reflect what has been included in the report of the Secretary-General,” said the President of the Republic of Cyprus, Nikos Anastasiadis.

Speaking at the House of Europe in Nicosia, where he signed the book of condolences for the death of former European Parliament President David Sassoli, and when asked about the forthcoming Security Council resolution, President Anastasiadis said that the issue firstly concerns “the solution to the Cyprus problem and secondly, the actions and the initiatives that must be taken in order to create those conditions that will allow us to return to a constructive dialogue.”