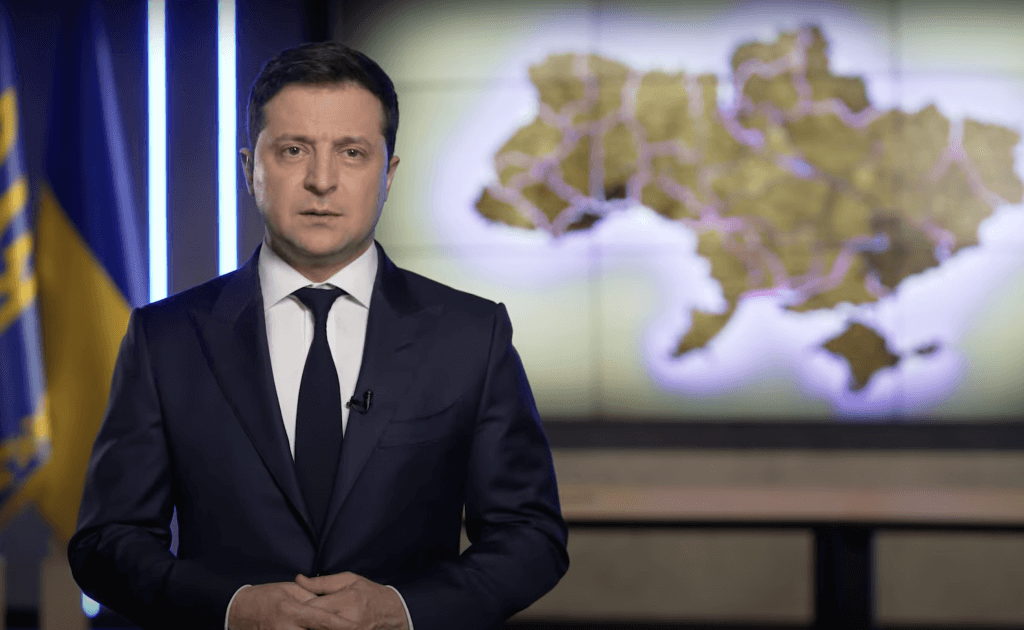 The “stock-still” West is watching Russia’s moves on the diplomatic and military chessboard against the backdrop of the Ukrainian crisis, with NATO preparing for an imminent Russian invasion and Kyiv urging immediate military aid.

Ukrainian President Volodymyr Zelensky announced partial conscription, saying characteristically that he was calling the reserves for a period of time, while ruling out a general mobilization for the time being, following Russia’s announcement that it was sending troops to eastern Ukraine.

Zelensky said he was still seeking a way out of the crisis through diplomacy and welcomed Turkey’s intention to participate in multilateral talks, while stressing that Ukraine would not cede territory to Russia.

Addressing the Ukrainian people after the cross-party meeting in parliament, President Zelensky also announced a program of “economic patriotism” that includes incentives for domestic production and a reduction in VAT on gasoline.

Less than 24 hours after the shocking speech of Vladimir Putin, in which he announced the recognition of the independence of the self-proclaimed regions of eastern Ukraine, the Russian President returns with new statements which “bury” all expectations for a peaceful settlement of the conflict.

“And that’s why I want to emphasize once again, you were interested in the implementation of this set of measures, because it was the result of a compromise,” said Vladimir Putin, recalling that he was one of the authors of this text as a representative of the Russian Federation.

“The Ukrainian authorities have publicly stated that they will not implement the Minsk agreements and that Russia could not tolerate the genocide of the people of Donbas.”

“Kyiv has thwarted all efforts to implement the Minsk agreements, they were ‘killed’ by the Ukrainian leadership long before the recognition of the Donetsk and Luhansk republics,” Putin said.

“Europe could not force Kyiv to implement the Minsk-2 agreements and therefore there was no way out other than recognizing the Donetsk and Luhansk People’s Republics”, concluded the Russian President.

At the same time, the Federation Council (Upper House) formally gave the green light for the deployment of Russian forces abroad in relation to the situation in Donbas. The decision was voted unanimously during the extraordinary plenary session. One hundred and fifty-three senators voted in favor of the proposal.

At the same time, Russia has officially announced that it has established diplomatic relations with the two autonomous regions of eastern Ukraine. “Moscow and the autonomous ‘Republics’ of Donetsk and Lugansk, which have not been recognized by the international community, have agreed to establish diplomatic relations,” the Russian Foreign Ministry said in a press release.

NATO expects a large-scale Russian attack on Ukraine and has put in place a rapid reaction force to defend its allies, said Alliance Secretary-General, Jens Stoltenberg.

“Everything suggests that Russia is planning a massive attack on Ukraine,” after sending troops to the separatist provinces of Donbas, Stoltenberg said after an emergency meeting of the NATO-Ukraine Commission (NUC) at the Alliance’s headquarters in Brussels.

Ukraine appears “moderately optimistic” that its allies are finally beginning to listen to Kyiv when it talks about the need to impose sanctions on Russia.