Lavrov – Dendias | Talks in Moscow at a time of escalating tension in Russia’s relations with the West
Defence Redefined
Published on 18/02/2022 at 15:17 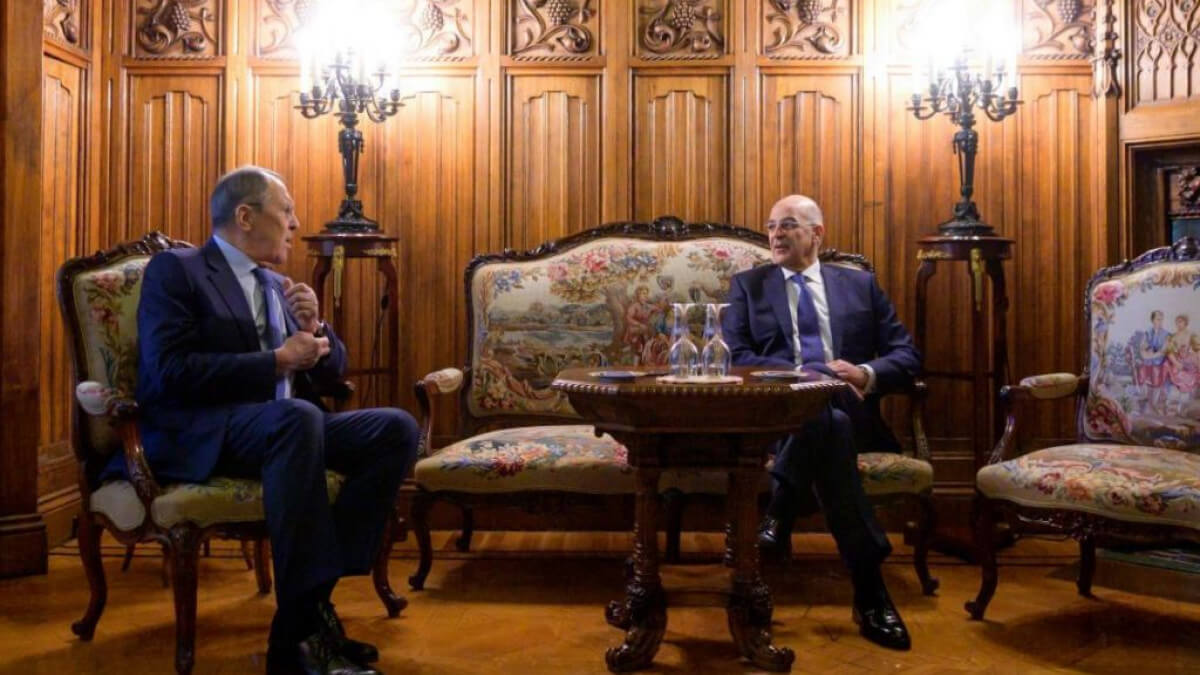 The Russian Foreign Minister spoke of Kyiv’s sabotage in Russia’s efforts for a ceasefire in Ukraine, during his joint statements with his Greek counterpart Nikos Dendias after their meeting in Moscow.

Regarding Greece, Lavrov provided assurances for the country’s supply with natural gas. He said that 40% of the natural gas that reaches Greece comes from Russia while with an additional agreement the contract will be completed until 2026.

He described the Athens-Moscow cooperation as very good in matters of immediate intervention, noting the assistance of the Russian technical means in extinguishing fires in Greece last summer.

For his part, Nikos Dendias stressed that Greece listens carefully to Russian concerns but also takes into account the concerns of other countries, while always in favor of an open dialogue with Moscow. “A conflict will have no winner, we will all be losers,” said the Greek diplomat.

Nikos Dendias stressed that he informed Mr. Lavrov about the continuing destabilizing behavior of Turkey in the Aegean and the Eastern Mediterranean. As he said, Turkey is obviously taking advantage of the fact that international attention is focused on another part of the world and is making baseless claims on issues concerning Greek sovereignty.

The Foreign Minister stressed that our country is always in favor of constructive dialogue, but will defend its sovereignty and national dignity against any threat.

The Russian diplomat’s comment on the Turkish provocation in the midst of the crisis in Ukraine was sharp. He commented that Greece should make its complaints to its western allies “because they emphasize this commotion in order to obviously promote their own interests”.

He reiterated that Moscow is firmly in favor of resolving the Greek-Turkish dispute on the basis of international law and that Russia will be ready, as far as it can go, to assist in creating a settlement.

Especially regarding the demilitarization, Mr. Dendias stressed that Ankara maintains an army against the Greek islands, while it has also issued a casus belli, a threat of war – the only one on the planet – if Greece exercises the rights provided by the Law of the Sea.

He described the Turkish allegations as “purely false”, saying that the agreement on the demilitarization of the Dodecanese was an agreement reached in favor of the Soviet Union and that Turkey did not have the slightest right owing to this.

The head of Greek diplomacy traveled to Moscow at a particularly critical time, with the whole planet anxiously watching the developments on the Russia-Ukraine front. This is the third visit of the Minister of Foreign Affairs, Nikos Dendias, to the Russian Federation in the last two years.