Ukrainian issue | No progress with the talks under the Normandy Format
Defence Redefined
Published on 11/02/2022 at 14:15 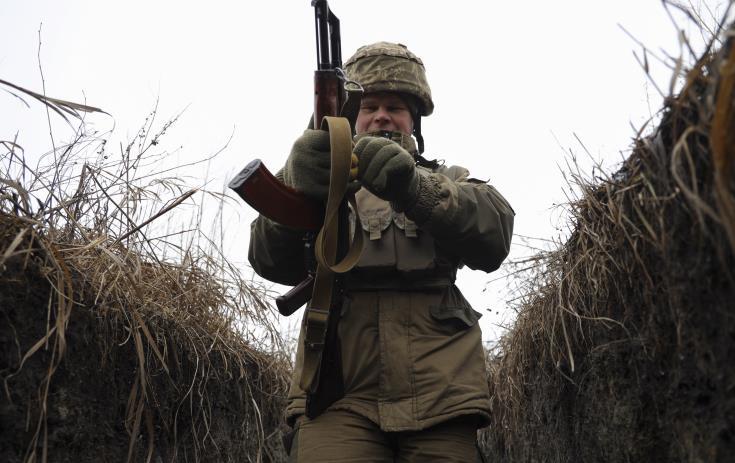 Moscow protested on Thursday that the mediators were not exerting any pressure on Kiev after a new round of talks by the so-called Normandy Format on the multi-year armed conflict in eastern Ukraine, which ended without a tangible result. Envoys from Ukraine and Russia discussed for the second time yesterday, with their French and German counterparts mediating.

The mediators are in favor of the Minsk peace agreement but “unfortunately” are not pressuring Kiev to meet its obligations, Russian envoy Dmitry Kozak said after a nine-hour marathon talk. “It was not possible to overcome differences of opinion,” Kozak added, explaining that the Ukrainian side interprets the peace plan in a very different way from the Russian one.

The Russian mediator criticized Kiev for rejecting the dialogue with the leaders of the pro-Russian separatists in the Luhansk and Donetsk regions and insisted that the implementation of the Minsk agreement (2015) is a precondition for resolving the conflict without violence.

Earlier on Thursday, Russian Foreign Minister Sergei Lavrov accused the Ukrainian government of trying to rewrite the agreement and selectively enforcing its provisions in its interest. Ukrainian President Volodymyr Zelensky, who has ruled out talks with the separatists, is proposing direct talks with his Russian counterpart, Vladimir Putin. The Kremlin refuses.

Russia’s Luhansk and Donetsk regions have been largely in the hands of separatists for almost eight years since the outbreak of civil war in eastern Ukraine, also known as Donbass, in 2014. War in the region has claimed the lives of some 15,000 people, according to Kiev.

The concentration of more than 100,000 Russian troops in various areas of the border with Ukraine has risen sharply in recent months, with the West raising the risk of a Russian invasion despite Kremlin denials.

Russia has said it has no intention of attacking anyone and wants assurances of its security, including NATO’s written commitment that Ukraine will not become a member. The alliance and Kiev reject Russian claims of new security architecture in Europe as unacceptable.