Russia | Completion of exercises and withdrawal of forces from Crimea
Defence Redefined
Published on 16/02/2022 at 15:45 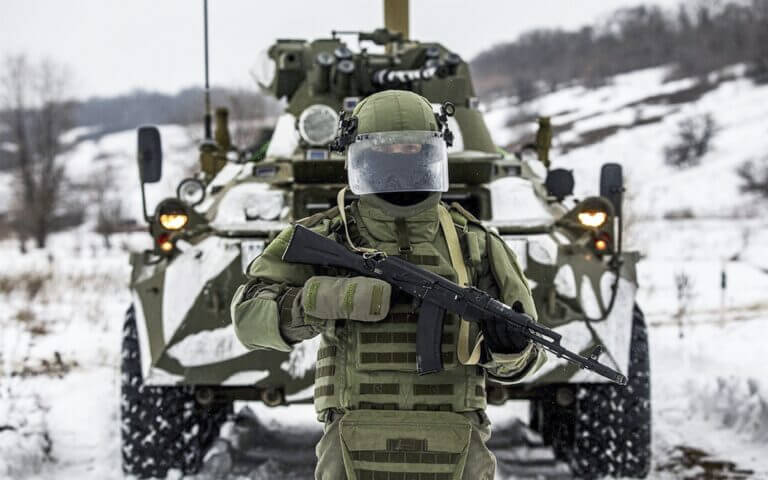 The Russian Ministry of Defence has released a video depicting tanks and military vehicles leaving Crimea after the completion of military exercises.

The deployment of Russian troops in Crimea has fueled concerns over a possible Russian invasion of Ukraine. In a statement, the Russian Defence Ministry said that “units of the Southern Military District, which have completed their participation in tactical exercises in shooting areas of the Crimean peninsula, are headed by trains back to their permanent bases.”

Russian television broadcast nightly footage of a train carrying tanks crossing the bridge across the Kerch Strait, which was built by Moscow to annex Crimea to Russian territory. On Tuesday, Russia announced the “partial” withdrawal of its troops, who had been deployed for weeks on the border with Ukraine, as a sign of the de-escalation of the crisis.

Europeans and Americans are still waiting for evidence of a mass withdrawal of Russian troops, but at the same time, they are optimistic. Moscow has not specified how many troops have withdrawn from the border with Ukraine, nor the timetable for their withdrawal. More than 100,000 Russian troops are deployed near the Ukrainian border, according to the West.

At the same time, the joint Russian-Belarusian military drills continue until February 20.

The reaction of the West

The White House does not seem to be convinced that Moscow has taken a step back.

The American president addressed on Tuesday night (Greek time) a dramatic appeal to his Russian counterpart, Vladimir Putin, to avoid crossing the threshold of the war with Ukraine, warning against the “pointless deaths and destruction” that Moscow would cause, if Russia invaded, speaking of international outrage that the powerful Kremlin man would face.

In a televised address, Biden said the United States estimated that 150,000 Russian troops were stationed near the Ukrainian border. He clarified that although reports of the withdrawal of some Russian troops are welcome, they remain unconfirmed, arguing that a Russian invasion of Ukraine remains possible.

If Russia invades Ukraine, the United States and its allies are ready to respond by imposing economic sanctions and international isolation on Moscow.

Many of Biden’s comments were clearly directed at Putin, who demanded that NATO refuse to accept Ukraine as a member and stop its eastward expansion. The US president also addressed the Russian people, saying: “To the people of Russia: you are not our enemy and I do not think you want a bloody, destructive war against Ukraine.”

President Biden stressed that the United States is not seeking a direct confrontation with Russia and that US troops will not fight on Ukrainian soil. However, he added that if Russia attacked the Americans in Ukraine, “we will respond vigorously.” He also warned Moscow against cyber-attacks, saying “if Russia attacks the United States or our allies with asymmetric means, such as disruptive cyber-attacks on our companies or critical infrastructure, we are ready to retaliate.”