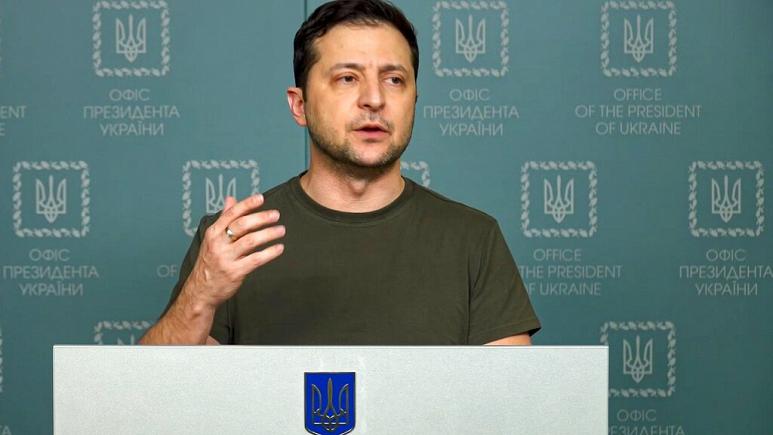 The Russian offensive in Ukraine continues unabated, with Ukrainians denouncing the bombing of civilian areas.

In Irpin, on the outskirts of Kyiv, the main road used by citizens to leave on foot towards Kyiv has been struck. At the same time in Mariupol, the residents have been waiting for the second day for the opening of the humanitarian corridor so as to flee, but this never happened. Russian forces have surrounded the city and the Ukrainians claim that they are constantly under Russian fire, which stops any attempt to evacuate civilians.

As has been the case since the beginning of the ceasefire, each side blames the other for the agreement’s failure. At the same time, Volodymyr Zelensky stressed that the Russians were preparing to bomb Odesa, having already hit civilians in Vinnytsia. On Monday morning, Moscow announced the opening of multiple humanitarian corridors in Ukrainian cities from 10 am.

Zelensky reiterated his call for a no-fly zone over Ukraine, which NATO has already rejected. At the same time, Anthony Blinken said that the United States is considering how to supply fighter jets to Poland, if the latter sends Soviet-era fighter jets to the Ukrainians.

For its part, the Russian Ministry of Defence announced that it has information that Ukrainian planes refueled in neighboring countries. He added that if this is the case, it is very likely that these countries will be considered by the Kremlin to be involved in the war. The Russians have announced that Kyiv’s air defence systems and air force have been destroyed.

Also read: Ukraine | Day 3 of the conflict – All developments

Ukraine is unwilling to compromise on its territorial integrity in talks with Russia, but could discuss a “non-NATO model” about its future, said a Ukrainian negotiator speaking to the American network Fox News.

Ukraine has sought to join the European Union and NATO, a development to which Moscow has reacted. Russian President Vladimir Putin has cited Ukraine’s possible NATO membership as evidence of the North Atlantic Treaty Organization’s aggression against his country. The third round of talks between Russia and Ukraine is scheduled for tomorrow, according to the Ukrainian side.

Volodymyr Zelensky accused the West of exchanging “tons of our own blood for a few tons of fuel”, referring to NATO’s decision to send fuel to besieged Kyiv. “Today there was a NATO summit, a weak summit, a confused summit, a summit where it was clear that not everyone was thinking of Europe’s fight for freedom as the ultimate objective,” he said.

In a televised message, Volodymyr Zelensky refuted rumors that he had left Kyiv.