Turkic Council turns into Organisation of Turkish States
Defence Redefined
Published on 14/11/2021 at 12:00 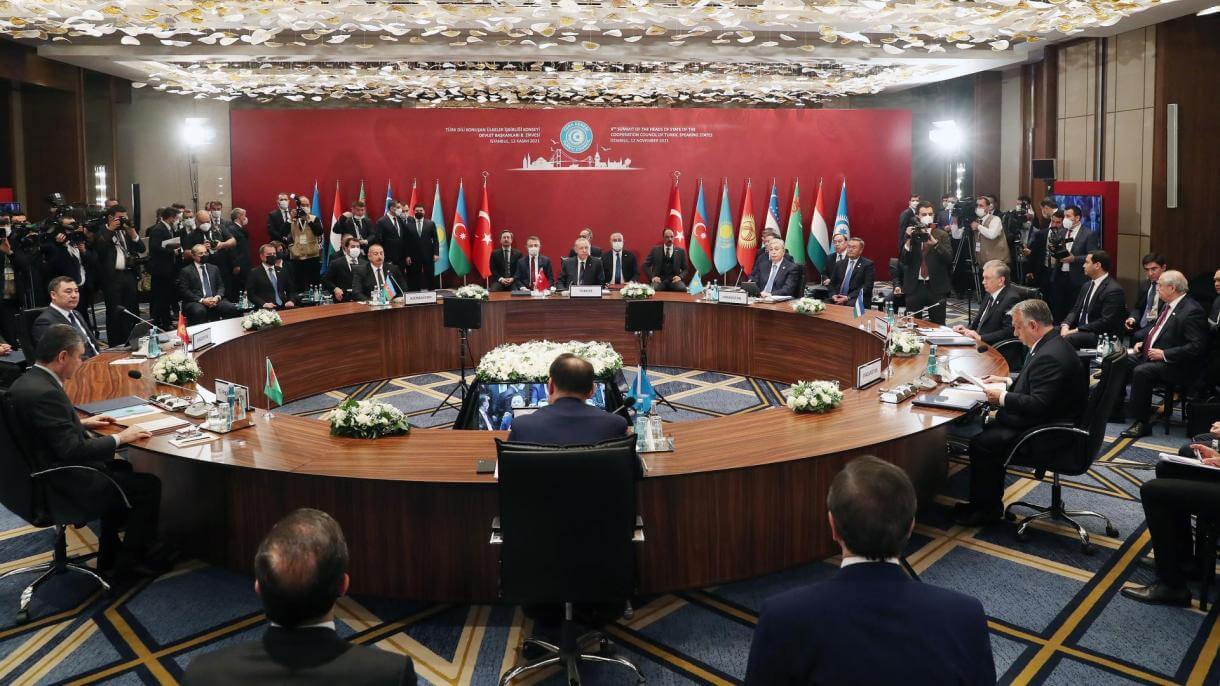 The Turkic Council was established in 2009 to promote full-fledged cooperation among Turkish-speaking countries.

On Friday, November 12, the 8th Summit of the Turkic Council was completed in Constantinople, with the participation of the Hungarian Prime Minister, Viktor Orban, as an observer.

The meeting decided to rename the union of the Turkic Council of Turkic States into the Organisation of Turkish States (OTS), but also to enhance their cooperation with the occupied territories in Cyprus, which are, as Tayyip Erdogan said, “an integral part of the Turkish World”.

At the 8th Constantinople Summit, the OTS group included Turkmenistan as an observer, which now includes 7 members: Turkey, Azerbaijan, Uzbekistan, Kyrgyzstan, Kazakhstan as full members, and Hungary and Turkmenistan as observers.

Turkish President, Tayyip Erdogan hopes that the pseudo-state will be the next member of the said Organisation, which reflects the Turkish aspirations for the international upgrade of the status of the pseudo-state (so-called Turkish Republic of Northern Cyprus  – TRNC) in the direction of seeking a two-state solution to the Cyprus issue.

Erdogan has already sent an invitation to the occupied territories and the headline on the “TRTWorld” site reveals these intentions: “Erdogan calls for Turkish-Cypriot membership in Turkic Council”.

The Turkish President called on the other members to support the lifting of the isolation and the embargo imposed on Turkish Cypriots. Tomorrow (15/11) marks the 38th anniversary of the illegal declaration of independence of the illegal and falsified Turkish Republic of Northern Cyprus.

Turkey’s actions seem to have been carefully planned. The illegal and non-existent for the United Nations pseudo-state, gaining first the status of observer and then that of a full member of the Organisation of Turkish States, will gain the indirect recognition of its state entity by six countries that are both members of the United Nations, but also members of significant Organisations, such as NATO (Turkey and Hungary), but also the European Union (Hungary).

At the same time, this move does not create legal commitments that would cause sanctions or international outcry for the member-states of the Organisation in question, which will indirectly recognize the occupied territories, contrary to what would happen if the recognition of the pseudo-state was done formally.

Also read: Cyprus Issue | UN Announcement on the appointment of Colin Stewart to the position of Elizabeth Spehar

In doing so, they would violate UN Security Council resolutions and expose themselves to the international community, at a disproportionate cost to any benefit they may incur.

Hellenism as a whole (Greece and Cyprus) must coordinate initiatives to stop this plan, which aims at indirectly recognizing the occupying forces.